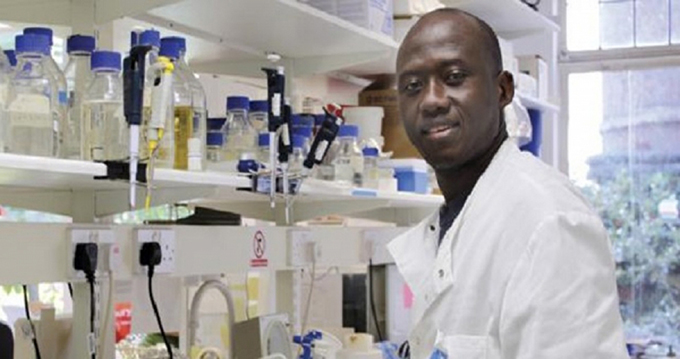 How to respond to requirements that arise from the provision of knowledge in contexts where requests for technical expertise in health or medical intervention are increasing?

Among us, a young doctor in sociology confessed with a pinch of bitterness that he would have liked to “continue” at the university, but that he was no less “proud” to be a consultant for a large non-governmental organization :

“The constraints are not the same. We work with imposed terms of reference […]. But it feeds his man well.

The case of this young colleague is absolutely not isolated. For the many doctoral candidates on issues such as education, agriculture or health, consulting proves to be both a marker of the doctoral path and a professional project.

In the aforementioned collective work, among the motivations to engage in a doctoral thesis, there are very often the opportunities opened by projects funded by foreign actors. These projects are serious incentives to engage in research during his master’s or PhD, and the desire to work full-time for the organizations that fund these projects is considerable.

Move away from the objectives of the research

Indeed, the insufficiency, or even the lack of resources for research in African universities, as well as the growing demands for local expertise on so-called development issues, are pushing young researchers. s to move away, sometimes for a long time, from the specific objectives of research which are: positioning in scientific, empirical and theoretical debates through publications; priority to rigorous and intensive field surveys; priority to the production of empirically based new knowledge; the respect for international norms and standards in science .

Consultancy and expertise respond to different logics. The terms of reference are more or less imposed, the time allotted for data collection is short, the pressure for help for action in the service of the sponsor, etc. In the end, there is nothing to indicate that the sociological expertise solicited has a real impact.

The young researcher in social sciences and health in Africa is from the beginning caught between several logics that he must reconcile. First, the choice of his research objects. Postcolonial or geographical constraint?

Almost all of the research conducted by young African health researchers has as a common denominator, shared unity and starting and ending point of “Africa” ​​or “Africans”.

Of course, research on the continent by the continent’s children is young and needs to be deepened. However, the subjects treated are (almost) always related to development. Is Africa not the laboratory par excellence of development aid policies?

Has not the university itself, this colonial legacy, been designed to meet the requirements of development?

For example, when we choose to work on maternal health, malaria or HIV / AIDS rather than on smoking, mental health or obesity, it is certain that these themes are of interest to northern actors ( NGOs or research centers). In the current state of affairs, that is to say, given the state of our universities and the imbalance of North-South relations, it seems almost impossible to escape this vice. There is however a freedom to conquer in the choice of its objects, no matter who we are and where we come from. The first issue is that of autonomy.
The late Professor Fabien Eboussi Boulaga called, like others, to invest to support research in Africa.

In the first case, it is a question of carrying out a rather rigorous field investigation with the health actors for example, and to manage their suspicions as for the interest, to see the utility of your step. Exercise all the more difficult if one is registered in a thesis abroad and that his field takes place “at home” . On the other hand, it is a question of writing a thesis of very good quality which could give rise to publications in scientific journals. However, the procedures for publication in international scientific journals are long, demanding and rigorous. Confronted with peers, it is then a question of acquiring a certain credibility in the disciplines in which he or she is enrolled.

However, few young researchers publish in these journals (which are not free from subjectivism) for reasons of quality of the proposals. This lack of quality or competitiveness is due to the fact that peer recognition is not necessary when one is, or when considering being a consultant.

The requirements are different, and the incomes much larger than a teaching or research position per se . The revenue from a single consultancy assignment is three to four times the monthly rent of a teacher with the same level of experience / training.

Access to the consultancy market, however, is very uneven, it is better to make a name and build a network at the earliest, what young researchers are trying to do, before, during or after thesis, sometimes to the detriment of the “rigor of the qualitative” , and other standards of research producing new knowledge.

In this case, it is a negotiation issue because of the relationships between young researchers and their peers (on the scientific level) and on the other side the sponsors of the expert missions or the persons in charge. funded programs for which they are recruited. At the heart of this negotiation is also an important adaptation issue: adapting its capacities or the content of the results of its research according to the available opportunities.

There is an intellectual pleasure to engage in a doctoral thesis. This pleasure is even greater when its research subject carries transformational issues as is the case for theses in the social sciences and health. Interest in health does not escape the logic of the market, however, and many young African researchers get carried away by the demand for local expertise, a very lucrative activity.

Although this expertiseis in itself a form of valorization and recognition, even a tool for decision support, it blurs the borders with the production of enlightened, sustainable and generalizable knowledge. It weakens our capacity to be a strong proponent in debates on the issues of science. Contributing to the development and implementation of public health policies is of real importance. However, this should not be to the detriment of a long, active and constant investment in data collection procedures, research and documentary analysis, popularization and exploitation of the results of its research. Even in intervention situations, the young researcher should keep in mind his analytical stance and work to make his voice heard in his disciplinary field.