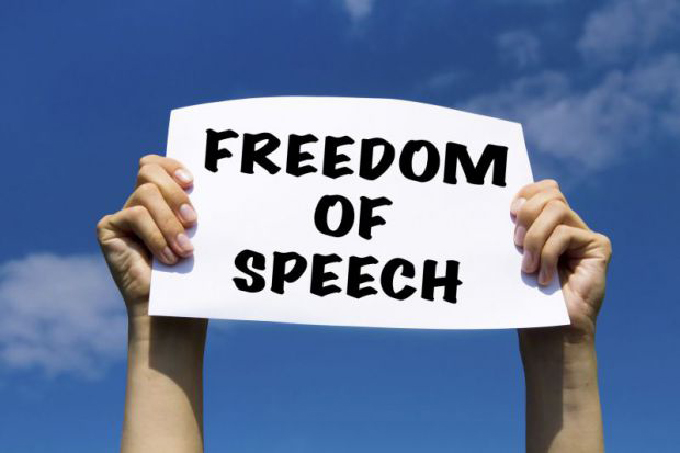 This week the government asked former High Court Chief Justice Robert French to head an inquiry into free speech on universities. Education minister Dan Tehan claimed it was because concerns had been raised about people shutting down the views of those they disagree with, and security costs for controversial speakers on campus.

Universities are accusing the minister of “jumping to the wrong conclusions”, based on misleading and selective media reports.

Justice French is being asked to review the “rules and regulations protecting freedom of speech on university campuses”. This will include codes of conduct, enterprise agreements, policy statements and strategic plans. This is despite the fact universities already protectfreedom of speech and, relatedly, academic freedom.

In 2014, the President (equivalent to the Vice Chancellor of an Australian university) of the University of Chicago convened a committee, chaired by highly acclaimed free speech scholar Professor Geoffrey Stone, to draft a statement that would articulate the university’s commitment to “free, robust, and uninhibited debate and deliberation”.

The university took this step in response to free speech controversies on university campuses in the United States. Examples include disinviting controversial speakers, pressure on faculty to make public apologies for statements some considered offensive, demands for the removal of historic statues or monuments, and the existence of campus speech codes which prohibit students from engaging in hate speech on the ground of race, sexuality, or gender.

The Chicago statement recognises free speech on campus as an issue that goes to the core mission of the university as a place of learning. It defends free and open inquiry in all matters, and guarantees the broadest possible latitude to speak, write, listen, challenge, and learn.

It also recognises that freedom of speech does not mean people can say whatever they want, wherever they want. It permits restrictions on speech that violates the law, is defamatory, threatens or harasses, invades privacy or confidentiality, or is incompatible with the functioning of a university.

The statement is a well-articulated and clear enunciation of three things:

1) the importance of freedom of speech to learning

2) the recognition that free speech must have limits

3) the articulation that any such limits must be carefully and narrowly circumscribed.

As of February 2018 the Chicago statement had been adopted by 34 other universities in the US. But this still leaves around 1,600 universities that have not signed up, possibly because their existing policies already support the same views.

Do Australian universities need it?

Shortly before Justice French was invited by the government to conduct a review into free speech in Australian universities, he gave a speech on the issue.

He recognised that even a detailed and prescriptive charter would not provide a framework in which difficult cases can be clearly and uncontroversially resolved. Nevertheless, he was open to the possibility of legislative intervention to impose “protective rules”.

However, if the Chicago principles were to form the basis for any such legislative intervention, they would be unlikely to be of benefit in resolving the issues with which the minister appears to be concerned.

This is for two reasons. First, Australian universities already protect free speech in accordance with principles very similar to those enunciated in the Chicago principles. All universities are required by Australian law to uphold “free intellectual inquiry in relation to learning, teaching and research”. Universities’ codes of conduct already uphold the right of students to engage in critical and open inquiry.

The second reason is that the Chicago principles recognise that free speech is not a reason for protecting unlawful conduct. Australia and the US have wildly different views on what constitutes unlawful speech-based conduct. Here, speech is able to be regulated to a far greater degree than in the US.

This means that all the current, valid, restrictions on speech that exist in Australia would be untouched by applying the Chicago principles. For example, Australia possesses comprehensive anti-vilification laws federally, in every state and in the ACT, which prohibit public hate speech. These would be unaffected.

Applying the principles here would also make no difference to other restrictions on speechin Australia, such as laws barring journalists from reporting in certain instances, which present far greater risks to free speech than anything that’s occurred on campus of late.

This inquiry is expensive and unnecessary. There is no good evidence we have a problem with free speech on our campuses. Justice French’s review will take four months. While we await the outcome, university staff will no doubt continue to uphold their existing commitments to robust and open debate in learning, teaching, research and engagement.

Author Bio: Katharine Gelber is a Professor of Politics and Public Policy at The University of Queensland