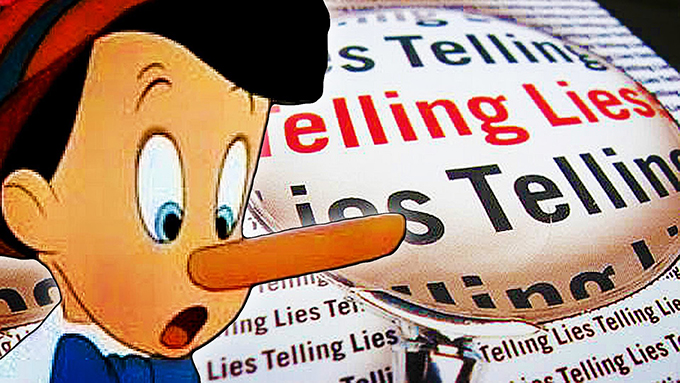 A growing number of college and university presidents have spoken out against the Trump administration’s efforts to ban and deport immigrants and refugees.  Some leading research universities have filed an amicus brief in support of the legal challenge to the initial ban.  But a mere handful have been as outspoken about the broader implications of Trump’s penchant for false and fear-mongering statements as Patricia McGuire, President of Trinity Washington University.   On February 12, she posted a statement to her blog under the title I’ve used for this post.  In it she wrote:

We Americans study the history of tyranny and exclaim, “That’s terrible, but it would not happen here!” as we congratulate ourselves on the robust state of our democracy.  The experience of the last few months now exposes this once-confident boast as terribly naive and perhaps even dangerous as a new administration indulges in a remarkable torrent of false and misleading statements as a basis for policy and action.

McGuire went on to critique Trump’s “lies” about immigration, terrorism, and alleged voter fraud, but perhaps the most noteworthy part of the post was her critique of Trump spokeswoman Kelllyanne Conway, who just happens to be an alumna of and donor to Trinity Washington.  McGuire wrote:

Presidential Counselor Kellyanne Conway, Trinity Class of 1989, has played a large role in facilitating the manipulation of facts and encouraging the grave injustice being perpetrated by the Trump Administration’s war on immigrants among many other issues.  She is one of President Trump’s primary spokespersons, an almost daily figure on cable news shows.  Some people admire her staunch advocacy for her client’s positions, and others applaud the fact that she was the first woman to manage a successful presidential campaign.  But in fact, as is true of many of President Trump’s statements, her advocacy on his behalf is often at variance with the truth.   Ms. Conway invented the now-infamous phrase “alternative facts”  to defend Trump’s claims about the size of crowds at his inauguration, a thinly-veiled autocratic scheme to try to claim that the Trump inauguration drew the biggest crowd in history when, in fact, it was on the smaller side.  Ms. Conway has been part of a team that thinks nothing of shaping and spreading a skein of lies as a means to secure power.  Perhaps the “Bowling Green Massacre” comment was truly a mistake, as she claims, but she repeated that canard on three different occasions as an explanation for why the travel ban, an executive order that clearly discriminates against Muslims, was necessary.

These issues have real consequences for Trinity students, faculty and staff. . . .

Conway struck back in the pages of the Washington Post, complaining that while McGuire had not hesitated to ask her for donations, she had not contacted her at all before posting her critique.  “My money was good,” Conway said. “I get better treatment from Robby Mook [Hillary Clinton’s campaign manager] than I do from the president of the university I attended.”

McGuire would have none of it.  “We do have conservative alums, some of whom have written in recent days,” McGuire told Inside Higher Ed. But far more alumnae have been asking (prior to the blog post) why she wasn’t speaking out about Conway.  McGuire said that Conway is a public figure, sharing views about other people on television on a daily basis, and so is subject to criticism in public.  “This is not a political cat fight,” but is about “a core value” of higher education — the truth,” she added.

“The issue with truth and truth-telling is central in all we do. If we academics don’t stand for truth, what’s the purpose of what we do?” McGuire asked. “I don’t think it’s outside our responsibility to stand up for truth and freedom. Fundamental democratic values are at stake. Academic freedom is at stake.”

McGuire’s courageous and powerful stance should come as little surprise to members of the AAUP, however.  In 2010, the AAUP bestowed on McGuire its Alexander Meiklejohn Award, given occasionally to “an American college or university administrator or trustee, or to a board of trustees as a group, in recognition of an outstanding contribution to academic freedom, preferably during the preceding year.”   McGuire is the most recent recipient of the award.

Now, I should disclose that there has been some controversy in the AAUP about this award.  Some have voiced fears — legitimate ones — that in today’s climate awarding an administration or board could backfire, as future actions may not be consistent with past recognition.  And it must be acknowledged, there have over the years been some embarrassments.  Patricia McGuire, however, is not one of those.  Indeed, I for one am proud that the AAUP honored her and I recall well her stirring remarks at the annual meeting where she was honored, which was also one of the first I attended.  Her comments on that occasion are still on the AAUP website and are worth reading, but let me conclude here by quoting some of what she said about academic freedom, which is even more timely today.

I mentioned the threats to academic freedom. Among many, let me mention just three briefly:

First, the threat that comes with the devolution of higher education’s purpose from the discovery of knowledge and cultivation of intellect to the mundane tasks of job training, simply producing workers for the economic engines of society. Yes, ensuring that our graduates can have productive, fulfilling work is important, but that is a happy by‐product of the academy, not its central mission. This tension has been growing for years, leaching our purpose slowly under the surface, subtly draining out the urgency of our defense of academic freedom under the guise of satisfying the corporate sector’s demand for more accountants, computer scientists, editors, nurses, and pharmacologists — as if the professional workforce needed nothing more out of higher education than the technical knowledge and skills to do their jobs very well. Sucha soulless purpose treats our graduates as mere instruments of the economy, as if all those well educated workers have no souls to sing with a Shakespearean sonnet; no intellects to ponder the unfathomable evil that tortures human existence; no eyes to drown in the beauty of Renoir; no ears through which the strains of Chopin can reach their innermost being; no unrequited impulses to ditch the calculator for scuba tanks to plumb the depths; no burning itch to pen the great American novel; no curiosity to re‐read Nietzsche just in case advancing age might make clearer what a nineteen‐year‐old brain could not comprehend.

Resisting the devolution of higher education into an overgrown secondary school model links to the second threat: the increasingly prevalent bureaucratic interference in our internal affairs (and private organizations can be just as nefarious as governments on this score), a tendency that is exacerbated in a climate that treats higher education as simply an extension of K‐12 education, or, for us Catholic universities and colleges, the parish grade school. If we think that what happened to the Texas social studies curriculum could never happen to the collegiate curriculum, we are alarmingly obtuse.

Higher education is one of the great counterbalances to government in a free society, but that balance only works through the free and frequent exercise of the muscle of our mission. We are the stewards of democracy’s brain, the guarantors of informed citizen voices, the producers of much of the knowledge that fuels innovation stimulating social and economic progress. Lilliputian bureaucracies will certainly always try to tie down our free sails as we venture into uncharted waters — whether condemning a speaker or forbidding a play or investigating a scholar. Our stewardship – as presidents, as faculty, as trustees, all stewards of the freedom of higher education to do its work uninhibited and unintimidated — our stewardship requires us to swing mighty axes against the restraints that compromise our ability to conduct research freely, publish whatever we choose, teach as we must, and speak openly without fear.

Which leads to my last point: the biggest threat to our academic freedom and health of our enterprise is our own tendency to self‐censorship, especially among college presidents and trustees, on matters where we must be loud and unafraid. Attorneys General may rattle their swords, bishops may fulminate, opinion writers may harrumph about the faculty member whose views of reality may be no weirder than their own. Look out the window: out there, every day, all of that is going on. We presidents can either cower under our desks to escape the noise, hoping no one calls us out, resolving to remain silent lest we lose a donor or upset the alumni or incur the wrath of some self‐appointed watchdog of orthodoxy blogging away in his basement (in his pajamas). Or, we can do our jobs, with responsibility, with integrity and with audacity.

My most important obligation as a university president is not to raise money (a popular view of the presidency that is part of that devolution of purpose I mentioned earlier), but rather, to protect the climate for academic freedom on campus because that climate is the lungs, the
oxygen, the nourishment that is essential for the life of the university to flourish. . . .

If only more college and university presidents saw their roles in this light and were as willing as McGuire to eschew self-censorship — to not only “talk the talk” but “walk the walk” — how much better off we would be.