Some of the most profound predictions in theoretical physics, such as Einstein’s gravitational waves or Higgs’ boson, have taken decades to prove with experiments. But every now and then, a prediction can become established fact in an astonishingly short time. This is what happened with “time crystals”, a new and strange state of matter that was theorised, disproved, revamped and finally created in just five years since it was first predicted in 2012.

Crystals, such as diamond and quartz, are made of atoms arranged in a repeating pattern in space. In these new crystals, atoms also follow a repeating pattern, but in time. Because of this weird property, time crystals could one day find applications in revolutionary technologies such as quantum computing.

The story of time crystals begins in 2012 with Nobel Prize winner Frank Wilczek from MIT. As a theoretical physicist and a mathematician, Wilczek made a crucial step in transferring a key property of regular crystals – called symmetry breaking – to create the idea of time crystals.

To understand what symmetry breaking is, think of liquid water. In a water droplet, molecules are free to move about and can be anywhere within the liquid. The liquid looks the same in any direction, meaning that it has a high degree of symmetry. If the water freezes to form ice, attractive forces between the molecules force them to rearrange into a crystal, where molecules are spaced at regular intervals. But this regularity means that the crystal isn’t as symmetrical as the liquid, so we say the symmetry of the liquid has been broken when freezing into ice.

Symmetry breaking is one of the most profound concepts in physics. It is behind the formation of crystals, but also appears in many other fundamental processes. For example, the famous Higgs mechanism, which explains how subatomic particles come to acquire mass, is a symmetry breaking process. 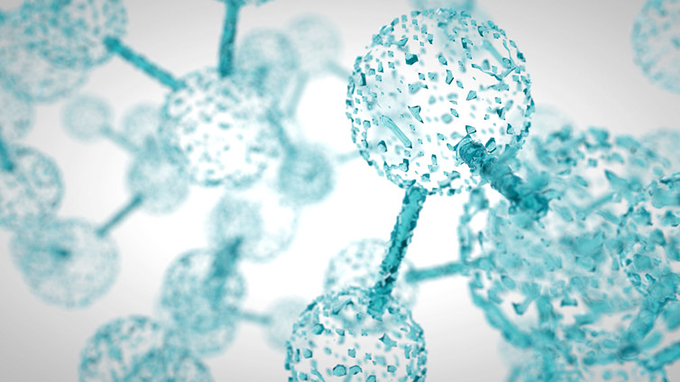 Back in 2012, Wilczek came up with a tantalising idea. He wondered if, in the same way that a crystal breaks symmetry in space, it would be possible to create a crystal breaking an equivalent symmetry in time. This was the first time the idea of a time crystal was theorised.

Such an object would have an intrinsic time regularity, equivalent to the crystal’s regular pattern in space. For a time crystal, the pattern would be a continuous change back and forth in one of its physical properties, a kind of heartbeat that repeats forever, a bit like a perpetual motion machine.

Perpetual motion machines, which are machines that can work indefinitely without an energy source, are forbidden by the laws of physics. Wilczek recognised this oddity of his time crystal theory and, in 2015, another group of theoretical physicists showed a perpetual motion crystal would indeed be impossible.

But this was not the end of the story. In 2016, new research showed that time crystals could still exist in theory, but only if there was some external driving force. The idea was that the time regularity would be somehow dormant, hidden from view, and that adding a little energy would bring it to life and unveil it. This solved the paradox of perpetual motion, and brought new hopes for the existence of time crystals.

Then, in the summer of 2016, the conditions to create and observe time crystals were laid out in an article in the online arXiv repository, and later published in the peer-reviewed journal Physical Review Letters. The researchers studied how a special property of particles known as quantum spin could be repeatedly reversed by an external force at regular intervals. They predicted that if they did this to a set of particles, the interactions between the particles would produce their own oscillations in the spin, creating a “driven” time crystal.

In a matter of months, two different experimental groups had taken on the challenge to create the time crystals in the laboratory. One of the teams fired laser pulses at a train of ytterbium atoms that produced oscillations in the atoms’ properties, at different intervals from the pulses. This meant that the ytterbium atoms were behaving as a time crystal.

The other team focused on an entirely different system, consisting of impurities in a diamond crystal. They used microwaves to disturb the impurities at well-defined intervals, and observed the same type of time-crystal oscillations as the first team. At last, time crystals had been created and Wilczek’s main ideas proven true.

The prediction, realisation and discovery of time crystals opens a new chapter in quantum mechanics, with questions about the properties of this newly found state of matter and whether time crystals might occur in nature.

The symmetry-breaking properties of ordinary crystals have lead to the creation of phononic and photonic metamaterials, deliberately designed materials that selectively control acoustic vibrations and light that can be used to boost the performance of prosthetics, or to increase the efficiency of lasers and fibre-optics. So the time symmetry-breaking properties of time crystals will likely find their way into equally novel fields, such as chrono-metamaterials for quantum computing, which uses the inherent properties of atoms to store and process data.

The story of time crystals started with a beautiful idea by a theoretical physicist, and now has culminated its first chapter with conclusive experimental evidence after a mere five years. Far from coming to an end as scientists prove their big theories, it seems physics is more alive than ever.