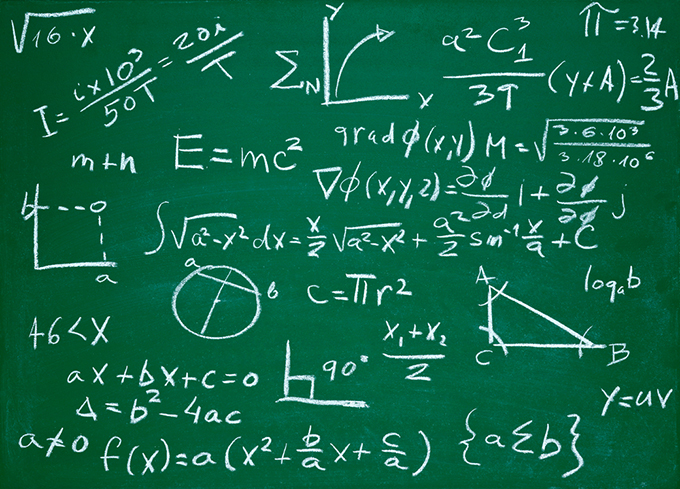 Through a series of satirical lectures, Pediwell (or the actual author, education professor Harold R. W. Benjamin) describes a Paleolithic curriculum that includes lessons in grabbing fish with your bare hands and scaring saber-toothed tigers with fire. Even after the invention of fishnets proves to be a far superior method of catching fish, teachers continued teaching the bare-hands method, claiming that it helps students develop “generalized agility.”

Pedwill showed how curricula can become entrenched and ritualistic, failing to respond to changes in the world around it. In math education, the problem is not quite so dire – but it’s time to start breaking a few of our own traditions. There’s a growing interest in emphasizing problem-solving and understanding concepts over skills and procedures. While memorized skills and procedures are useful, knowing the underlying meanings and understanding how they work builds problem-solving skills so that students may go beyond solving the standard book chapter problem.

As education researchers, we see two different ways that educators can build alternative mathematics courses. These updated courses work better for all students by changing what they teach and how they teach it.

In math, the usual curricular pathway – or sequence of courses – starts with algebra in eighth or ninth grade. This is followed by geometry, second-year algebra and trigonometry, all the way up to calculus and differential equations in college.

This pathway still serves science, technology, engineering and mathematics (STEM) majors reasonably well. However, some educators are now concerned about students who may have other career goals or interests. These students are stuck on largely the same path, but many end up terminating their mathematics studies at an earlier point along the way.

In fact, students who struggle early with the traditional singular STEM pathway are more likely to fall out of the higher education pipeline entirely. Many institutions have identified college algebra courses as a key roadblock leading to students dropping out of college altogether.

Another issue is that there is a growing need for new quantitative skills and reasoning in a wide variety of careers – not just STEM careers. In the 21st century, workers across many fields need to know how to deal effectively with data (statistical reasoning), detect trends and patterns in huge amounts of information (“big data”), use computers to solve problems (computational thinking) and make predictions about the relationships between different components of a system (mathematical modeling).

What’s more, sophisticated computational tools provide us with mathematical capabilities far beyond arithmetic calculations. For example, large numerical data sets can be visually examined for patterns using computer graphing software. Other tools can derive predictive equations that would be impractical for anyone to compute with paper and pencil. What’s really needed are people who can make use of those tools productively, by posing the right questions and then interpreting the results sensibly.

The quest to improve student retention has led schools to consider other pathways that would provide students with the quantitative skills they need. For example, courses that use spreadsheets extensively for mathematical modeling and powerful statistical software packages have been developed as part of an alternative pathway designed for students with interests in business and economics.

The Carnegie Foundation for the Advancement of Teaching has created alternative math curricula called Quantway and Statway as examples of alternative pathways – used primarily in community colleges – that focus on quantitative reasoning and statistics/data analysis, respectively.

These alternative pathways involve activities that go beyond students writing examples down in their notebooks. Students might use software, build mathematical models or exercise other skills – all of which require flexible instruction.

Both new and old pathways can benefit from new and more flexible methods. In 2012, the President’s Council of Advisors on Science and Technology called for a 34 percent increase in the number of STEM graduates by 2020. Their report suggested current STEM teaching practices could improve through evidence-based approaches like active learning.

In a traditional classroom, students act as passive observers, watching an expert correctly work out problems. This approach doesn’t foster an environment where mistakes can be made and answers can be questioned. Without mistakes, students lack the opportunity to more deeply explore how and why things don’t work. They then tend to view mathematics as a series of isolated problems for which the solution is merely a prescribed formula.

“No matter how engaging the lecturer may be, sitting still, listening to someone talk, and attempting to transcribe what they have said into a notebook is a very poor substitute for actively engaging with the material at hand, for doing mathematics.”

Conversely, classrooms that incorporate active learning allow students to ask questions and explore. Active learning is not a specifically defined teaching technique. Rather, it’s a spectrum of instructional approaches, all of which involve students actively participating in lessons. For example, teachers could pose questions during class time for students to answer with an electronic clicker. Or, the class could skip the lecture entirely, leaving students to work on problems in groups.

While the idea of active learning has existed for decades, there has been a greater push for widespread adoption in recent years, as more scientific research has emerged. A 2014 analysis looked at 225 studies comparing active learning with traditional lecture in STEM courses. Their findings unequivocally support using active learning and question whether or not lecture should even continue in STEM classrooms. If this were a medical study in which active learning was the experimental drug, the authors write, trials would be “stopped for benefit” – because active learning is so clearly beneficial for students.

The studies in this analysis varied greatly in the level of active learning that took place. In other words, active learning, no matter how minimal, leads to greater student achievement than a traditional lecture classroom.

Regardless of pathway, all students can benefit from active engagement in the classroom. As mathematician Paul Halmos put it: “The best way to learn is to do; the worst way to teach is to talk.”