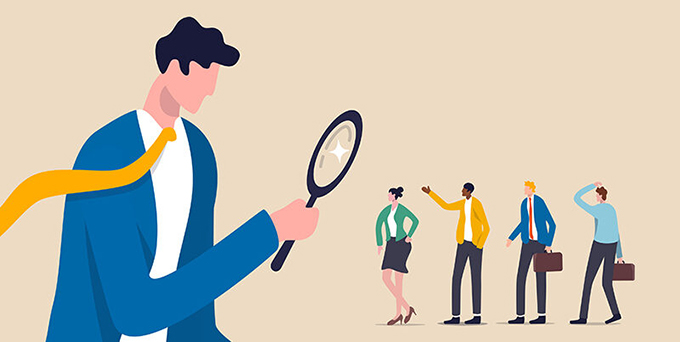 Australia is facing serious labour and skills shortages both now and in the longer term. The immediate priority is to help employers fill current vacancies. In the longer term, the government needs to ensure its investments in education and training prepare Australia for future skill needs and opportunities arising from rapid technological change and other grand challenges like climate change.

The new minister for skills and training in the Albanese government, Brendan O’Connor, is faced with competing calls to increase the skilled migrant intake and to invest in education and training to meet the demand for skilled workers.

Decisions are typically framed in an “either-or” way in largely Western, Anglo-Saxon societies such as Australia. Polarisation becomes the norm. We see this in the portrayal of Australia’s employment and skills problems in the media and by various interest groups.

On one side is the call for more immigrants, whether temporary or permanent, by the main industry and employer groups. Based on Australia’s experience over the past couple of decades, migrants will generally be the quicker and cheaper option to ease the shortages employers are facing now. However, many of these are general shortages of workers who may be unskilled or semi-skilled.

Relying on migrants to solve skills or labour shortages may only be a quick fix. It also serves to reinforce current practices and problems. And that doesn’t position Australia well for future industries.

On the other hand, the trade unions, Reserve Bank and Grattan Institute have argued that going back to the previous migration settings may only reinforce the negative effects of minimal real wage growth for Australian workers. It’s also likely to reinforce the exploitation and underemployment of migrants.

For example, the federal parliamentary inquiry into a modern slavery act found certain industries (like horticulture) exploited temporary migrants, backpackers and international students through “wage theft”. This happened when profit margins were squeezed and Australian workers were reluctant to do those jobs.

And research shows an over-reliance on migration risks entrenching outdated industries and slowing Australia’s economic transition as part of the Fourth Industrial Revolution. This revolution is being driven by technology becoming embedded in societies through the fusion of multiple technologies into what are known as cyber-physical systems.

Today’s @TheNewDailyAu column, in which I highlight the conflict between business and the RBA over wages, and the role of temporary migration in helping to suppress themhttps://t.co/ulrkgP17hn

But investing in education, skills and training can take years to deliver a significant return. Typical apprenticeships already take up to four years. The move towards higher apprenticeships to foster skills in advanced industries may take even longer.

What has changed since the pandemic?

Research has found many employers, especially small and medium-sized enterprises, lack the resources or resilience to survive external shocks for very long. And they no longer have government COVID-19 support schemes like JobKeeper to keep them afloat.

The former Coalition government planned to throw money at the skills problem. Its 2022 budget allocated more than A$2.5 billion to vocational education and training (VET) policies to help fill skills gaps.

It’s unclear how much the new Labor government is prepared to stick to those plans or even to bring forward investments that were mostly back-loaded until after 2023-24. A large budget deficit and inflation are compounding the difficulties.

Immigration may have been an effective solution in the past. Today, things may not be that simple.

For one thing, migrant source countries like China are still restricting international travel by their citizens due to ongoing COVID-19 restrictions. Many of Australia’s traditional source countries have long delays in issuing travel documents.

Australia also faces increased competition from other developed countries like the Unite States, United Kingdom and Canada, which have made themselves more attractive for migrants. These countries were less restrictive during the pandemic, giving them a head-start on Australia, which closed its borders.

So what are the solutions?

As both the Business Council of Australia and O’Connor have recognised, Australia doesn’t have the luxury of adopting a binary approach – migration or training. Both are necessary.

First, it needs to attract migrants and make it easier to enter Australia to reverse the outflow caused by issues like the lack of JobKeeper support for temporary migrant workers.

Second, it must invest urgently in education, skills and training for growth industries of the future. These include renewables, healthcare and Industry 4.0. The latter is the result of the cyber-physical transformation of manufacturing – for example, 3D printing needs advanced materials with internet-linked printers, which are increasingly intelligent and autonomous.

We’ve failed to properly advocate the benefits of vocational, technical pathways to employment. That mindset is changing. There’s some great, well-­remunerated work in the traditional trades. Our challenge is to tackle skills shortages in many sectors.https://t.co/x8Trsafi4l

Other stakeholders should work together to design and invest in education and training solutions too. These stakeholders include major employers, state and territory governments, trade unions, vocational education and university providers.

Besides streamlining the migration process, federal, state and territory governments need to quickly refresh their National Agreement for Skills and Workforce Development.

Industry, vocational education and university providers should collaborate on micro-credentialled offerings These short courses are a way to rapidly upskill both domestic and international workers. This can help fill current gaps without the long lag effects associated with traditional educational qualifications.

Employers may also need to change their mindsets. Instead of employing only fully qualified employees they may have to take on ones who require ongoing support for lifelong learning.

Finally, while there may be good opportunities in the current job market in so-called traditional industries, potential employees should not take the easy route of stereotypical careers. Younger people should explore and invest in training and education for careers that will be opened up by disruptive technologies. Examples include automation, artificial intelligence, robotics, machine learning and digitalisation.

Australia has to take a more creative approach. We need to use the post-COVID and post-election opportunities to overcome current shortages and make sure the economy can respond to future challenges.

Author Bios: Pi-Shen Seet is Professor of Entrepreneurship and Innovation at Edith Cowan University and Janice Jones is Associate Professor, College of Business, Government and Law at Flinders University