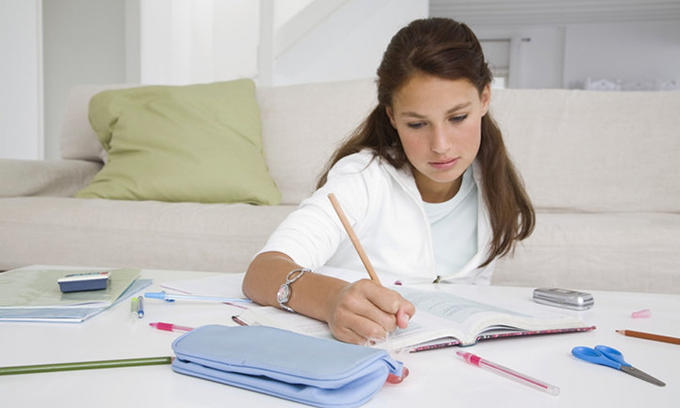 I often hear doctoral researchers asking this question. They’ve sent their supervisor some writing. It’s come back with feedback and suggestions and maybe actual corrections. The doc. researcher has attended to all of these and sent the revised text back to the supervisor. And then it comes back again with yet more feedback and suggestions and maybe actual corrections. The doctoral researcher is crushed. Or perhaps angry. Or maybe just feels like whatever they do isn’t going to be good enough. Or they think that they clearly didn’t understand what was being asked. Or that their supervisor is an unreasonable so and so who will never be satisfied. Or perhaps that their supervisor didn’t know what they actually wanted and told them to do the wrong things.

Now, while any of these things might be true, the odds are that they aren’t. So let’s assume for the rest of this post that the supervisor isn’t mean or stupid and neither is the doctoral researcher. Let’s start by assuming that what the doctoral researcher is experiencing is a developmental writing-thinking process in which both the supervisor and they are involved.

Try thinking of these asynchronous textual interactions as an iterative conversation.

A key point here is that in this iterative conversation the doc researcher’s work is not being marked. The writing is not right/wrong. The conversation between the doctoral writer and the supervisor reader is intended to clarify meaning and interpretation. To make the work stronger and more defensible.

The supervisor’s starting position is that the text will be refined through various and multiple versions, called drafts or revisions. But this iterative text writing and response process may not be what the doctoral researcher expects, or has experienced in any of their work leading up to this point. They may have done one or two rounds of revisions up till this point, but not the multiple versions that seem to be the norm in the doctoral process.

It’s important to understand that serial revising is the scholarly norm. Scholarly writing typically goes through several versions before it is let out of the closed circle in which it is being written. And feedback – both written on the text and given through conversation – is the most common supervision pedagogy used to support rewriting.

An example. Right now I’m part of a group writing a text. I’ve first of all worked with a doctoral researcher just trying to make sense of data – we used a collaborative writing process to sort out what we had and what we didn’t. I then took on the job of wrestling the text into some kind of shape. Finding the argument. Finding the point. Working out what data definitely needed to be included and what didn’t.

I am now on the forth draft. Each draft has been sent to other members of the group and they have provided some comments on the text, asked questions, made suggestions about literatures to include, challenged interpretations. We’ve also had two team meetings where we discussed the text and the process we would use to bring the text home.

It was only in this fourth version that I was able to write a succinct paragraph about what the text says. The structure and key points have become quite focused. But I will have another go at the text – version 4.1. before it goes to another team member to do more of the refining work. And none of us imagine that the fifth draft, will be the last. One of our team remembers a similar text written a few years ago which went through thirteen drafts. None of us will be surprised if this is the case here too.

The reason that we are taking so long to get our textual act together – and it’s also the reason that the doctoral researcher has to write several versions of their work – is that we often don’t entirely know what we have to say when we start to write. And even when we do have a sense of the overall argument and our point, we still need to work out the strongest and most persuasive and interesting way to present it. The ongoing authoring, or composing, the rewriting is where we sort out how to construct the best possible version of the “stuff”. We are doing the writing and thinking at the same time. And feedback helps.

Just as the team I’m part of is doing this writing job together, the supervisor-supervisee relationship also does that sorting out and sorting through work together too. The reading and response conversation via text feedback is (intended to be) a dialogue which allows the text message and form to become clearer with each draft.

Supervisors do approach the conversation around revising quite differently. It’s as well then for supervisors to clarify their approach. I always work on meaning, argument and structure first of all, and leave finer textual points till later, and I think many supervisors do this. Sometimes I point out a persistent writing tic that the writer can sort out as they go along. And often there is additional reading for the doctoral researcher to do in order to sort out their argument. And often I can’t see more reading is necessary or some kind of structural change is needed until we are some way on in the writing process and the doctoral researcher has got clearer about what they want to say.

But this conversational approach always means there are a few versions of a text to get the “right amount” of the “right” material in the “right” order – “right” always being a/my/supervisor’s judgment call. Once you have a rough text stuff-order sorted, then it can be polished and refined.

Alas. My fourth draft hasn’t yet reached the stage of the “right amount” of the “right” material in the “right” order. I’m afraid my colleague doing the fifth draft is going to have to work particularly hard on one section where I have only just managed to group the material together but not wrestle it into shape. Yes, we’re all a bit worried about how long it’s taking. But we have faith in the process. We know the process will get us there. Along the way we just have to deal with any feelings of inadequacy or frustration any of us have and focus on the productive changes happening with the text.

Yes, there’s always feelings. Who secretly doesn’t want this revision to be the last? Well, maybe some one. But it is only human to get tired of iterative revisions. It’s not necessarily easy to put your own feelings about yourself as a writer to one side during revising. That’s true for all of us, but particularly the case for doctoral researchers who are moving from the right-wrong culture of previous academic work to the could-always-do-more reality of scholarly work.

So as you can see, and already know, the process of getting feedback on writing is not just about improving the text. Revising is also about learning how to deal with the emotional side of writing. It is also crucially about seeing writing and the writer – you and me – as benefiting from feedback and multiple versions of the text. Despite wanting the writing to be over, we know that feedback is useful. The emotional dimensions just need to be managed.

Support is helpful. Ask for support. That’s what doctoral researchers are doing when they ask why questions about supervisors and revisions. They need a big metaphorical, or perhaps actual, hug and reassurance that this apparently endless revising process is not unusual and it’s OK to feel a bit out of sorts with it.

As long as that doesn’t stop the writing and revising process. And who knows, they- and you – may even get to see revising as pleasurable – at least some of the time!