This series of stories have been written by Layla Ryall a 10 year old student on the Gold Coast, Australia. Editor 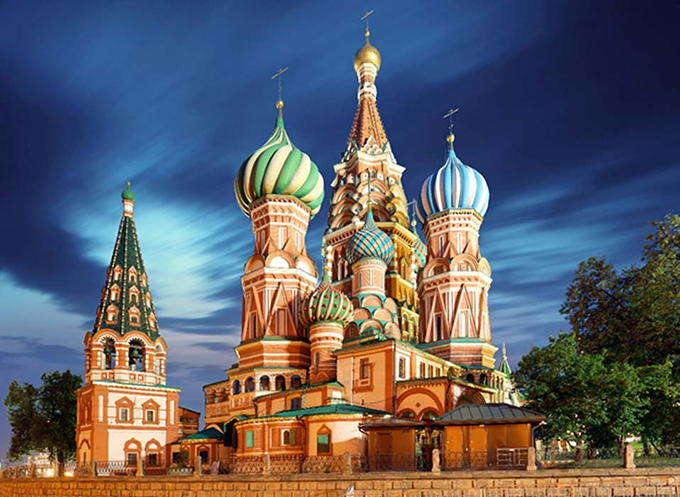 I am in the middle of Red Square in Moscow, the capital city of Russia looking up at the sky and I can see the amazing St. Basil’s cathedral spire. I have heard the incredible fact that the building is sixty-five metres tall! It is amazingly tall and very colourful. It is very different to the buildings back in Australia.

This beautiful cathedral with its multi coloured domes was built five hundred years ago in the sixteenth century. It is no longer used as a church. It is now used as a museum.  On the outside of the lower roof is a statue of Ivan the terrible to commemorate his victory over the Kazan Khanate. He was the Russian Tsar (King) who ordered that the cathedral was to be built.

The domes are so beautiful. One has lovely blue and white stripes. And they all have brilliant patterns one of them even looks a bit like a pineapple. It looks like it has decorations all around the building. Inside of every dome there is a church, which means there are nine churches inside of the building. This was designed by an Italian architect.

After I have admired the outside of the building I will go inside. 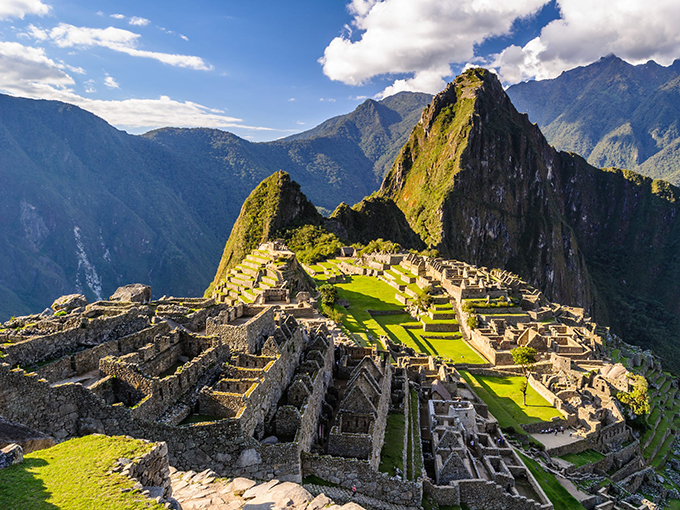 Waking up from my bed and seeing dad happier than ever I wondered what was going on.  My mum was running around packing up our clothes into suitcases and texting nanna and grandad about looking after the animals. Then I heard the big news. We were on our way to the airport to go to South America! I found out that we were going to visit the amazing Machu Picchu in the Andes Mountains in the south of Peru.

Machu Picchu is an ancient Inca village made of tightly packed cut-stone which is not put together without any mortar to hold it together. It was discovered in 1911, by an explorer looking for the lost city of the Incas. It wasn’t really the lost city that they were looking for, but people called it by that name.

We were all very interested to hear that there are a lot of earthquakes in the area. Surprisingly we found out that the stone making the buildings jump out of place and then fall straight back into place once the trembling stops.

We just got out of the train and we are in the village. We are now seven-thousand feet up in the Andes. The view is absolutely spectacular. We can see everything from up here. While I am looking into the sky my brother and sister pretend that they are Incans that live in that village.

We were very very lucky to find a hidden temple called the Temple Of The Moon. Here, a ceremonial shrine has been built into a cave lined with exquisite stonework and niches that were once probably used to hold mummies. We were happy there was not much in there. Our last glimpse of the beautiful ruins was at sunset.

Now to head back home… On the plane we said good bye to the country beneath us. We will be back again one day for a brand new adventure! 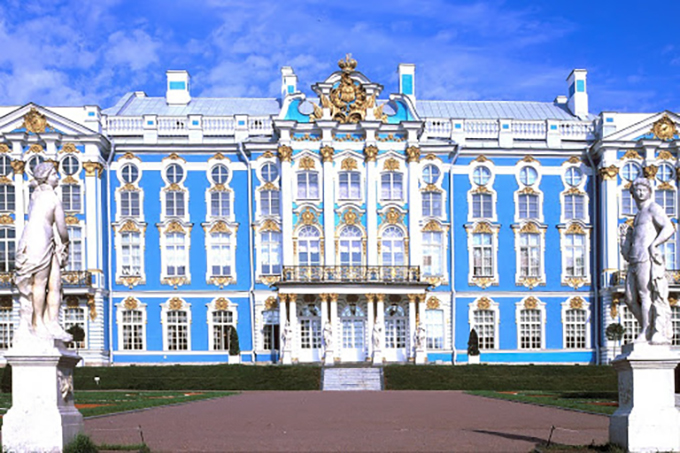 My sister Amaya went to St. Petersburg in Russia with our Nanna and Grandad for a travel holiday. We are facetiming them right now. They are standing outside of the most beautiful building I have ever seen! I ask them what it is Amaya says ‘it’s the Catherine Palace’. My mum asks who is Catherine?

Catherine was the wife of Peter the Great, Tzar of Russia. It was built in 1756 and was designed by a German architect who loved to decorate with gold. This art is called gilding. I just love the colour of the palace. It is painted a lovely baby blue colour with white around the windows, and pretty gold decorations everywhere. They have used one hundred kilograms of gold for the gilding.

Amaya and my grandparents have been inside of the palace. It is decorated with a lot of gold and white marble statues. My sister’s favourite room was The Great Hall, also known as the Hall Of Light. It is huge, one thousand square metres. A lot of light comes through the massive Golden arched windows. Nanna loved the Green Dining room and the Chinese Blue Drawing room, with its painted silk wallpaper.

When we say good bye to them on Face Time Amaya, Nanna and Grandad are going to have lunch in the amazing Art-Caviar restaurant in ST. Petersburg.  Amaya says she is looking forward to eating some oysters with passionfruit. 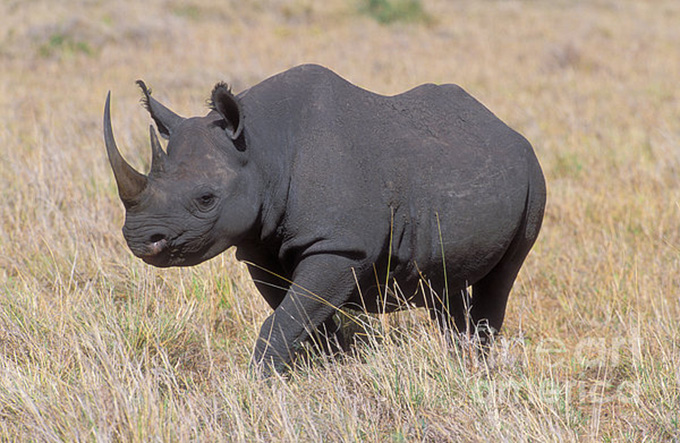 Sitting on the stool, I waiting in line for my turn to feed and pat an amazing black rhino. His name is Barrack and he has a very scary story. He lost an eye in a fight and then developed a cataract on the other eye. He is now completely blind.

Feeding him was very fun. My brother went first and he loved it so much he didn’t want to let anyone else have a turn. So when it was my turn, I fed Barrack some and then gave my brother the rest of the sugarcane. My whole family hated how hot it was. It had to be over 30 degrees there.

When we were looking and feeding Barrack we were standing on this thing and it was almost like a wooden bridge that we all had to stand on. Seeing the beautiful animal was so cool and fun.

While we were feeding him the person that worked at the zoo told us some very cool facts about black rhinos and some of them were. They have amazing hearing. Young black rhinos are prey to hyenas and rhinos spend 1/3 of their day eating and most of their night, consuming up to 2.5% of their own body mass each day!

I am standing in a lake with my toes sinking into the cold wet sand on the bottom of the lake. My family and I are in Botswana, Africa, getting poled through the Delta in traditional canoes. We loved it so much. Luckily we were poled through the shallower parts of the water. If we went through the deeper parts there would be a chance of hippos attacking. The lake was so beautiful with the water lilies growing over the Okavango Delta. It was amazing to see.

The safety instructor that was helping us told us some amazing facts about Africa Waterlilies and Hippos. These are a few of them, they are very interesting! The largest river in the world called the Nile River is located in Africa. Africa has the largest desert in the world called the Sahara Desert. A Portuguese explorer called Prince Henry, known as the Navigator, was the first European to explore Africa.

Waterlilies bloom all year if there isn’t any frost (snow), the scientific name for the water lily is Nymphaeaceae, The fragrant water lily is the most common white water lily.

The name Hippopotamus comes from the Ancient Greek ‘river horse’, the weight of an adult male hippo is 1,800kg and an adult female hippo weighs 1,500kg and the lifespan of a hippo is 40-50 years.

My time here has been so amazing so far and now we are going to go and explore the safari and see a lot of wildlife. I can’t wait to see the lions and giraffes. But that adventure would be good for next time. Today was amazingly fun. I can’t wait till the next adventure.