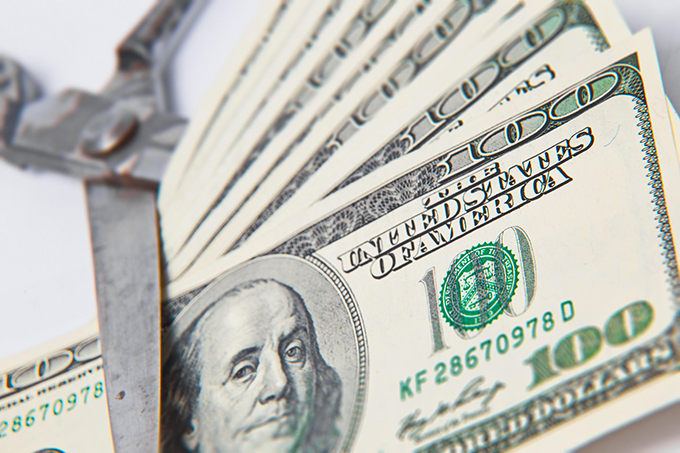 It’s pretty clear something’s up in the economy. The strip mining of our economic system has been going on for years. Only the tremendous wealth pouring in from the student loan scam has allowed the devastation which has hammered most every other job field to skip higher education.

Now, if higher education were run by stewards, instead of plunderers calling themselves “leaders,” the immense plenty flowing onto campus would have been saved as preparation for the lean times ahead. Instead, the “leaders” awarded themselves splendiferous titles, gigantic salaries, and breathtaking golden parachutes even for a handful of years of “service” in destroying higher education.

With nothing saved up, our state institutions are the most vulnerable, as they must rely on an inflow of tax dollars.

Opposing these fluctuations are the steady jobs of tenured faculty. Tenure, the supposed “job for life” is under constant attack, since paying for faculty can really cut into the money available for the next round of golden parachutes.

Like every other state, North Dakota has been cutting education funds. Of course, they can fire tenured faculty when there’s no money, but there’s a little quirk in the laws: when you fired a tenured faculty member, you have to give him 12 months advance notice.

That’s just no good, so North Dakota wants to change the rules, with a new law, that if passed, would reduce the termination notice given to tenured faculty members from at least 12 months to at least 90 days.

I want to point out some details about this change.

First, tenure is mostly dead. Most college courses are now taught by sub-minimum wage adjuncts. More and more, it seems tenure is something admins award to themselves…many institutions give admin control over who gets it, anyway.

Next, it takes 7 years of flawless scholarship to get tenure outside of administrative fiat. You have to devote a good part of your life to a single institution to get tenure, and they can’t even have the decency to give you fair notice that you’ve wasted your life. A typical semester is longer than 90 days, so changing this rule means that students likewise are losing the protection of getting coherent classes.

This second point bears reinforcement: most semesters start in August, and January. A year’s notice gives the professor a decent chance to warn his students about a change, so they’re not going to be cheated out of the class they paid for. Campuses only hire full time faculty (those few places that do so) in the late summer…a 90 day notice can really, really, hurt a professor as well as cheat students.

Finally, our institutions of higher education are run by all these Ph.D.s with administrative degrees…can they really not plan ahead even a tiny bit? These guys are so inept at budgeting that they can’t predict the expenses and revenues of old institutions that often quite literally have a hundred years or more of budgeting experience. We’re supposed to believe the problem is admin can’t get rid of faculty more quickly?

We really need to find a way to get rid of the clueless admin running these places more quickly….too bad admins get to decide what the problem is, and what to do about it, eh?

The North Dakota system will need to trim about 20 percent from its budget this year, according to Eric Murphy, president of the Council of College Faculties, the governance body for the university system.

–in addition to every campus having a bloated bureaucracy, we also have uber-bureaucracies soaking up money, like this Council of College Faculties, with 21 members. At least there’s only 1 vice-president in addition to the president.

So, yeah, it’s tough to deal with a 20% budget cut. But if we trim 20% of the administrative positions, we’ve save much more money than if we trimmed 40% of the faculty positions, because admin outnumber the faculty, and are paid far more than twice as much. Is there truly nobody in power able to see how this works?

Even if you only get rid of some faculty, there should be a commensurate number of administrators fired also…I mean, there’s less people to administrate, right?

It’s so funny to hear admin bleat about how their plan makes sense:

From the administration’s perspective, the 12-month termination notice is financially unsustainable. “This timeline means that the process of eliminating the position of a tenured faculty member is generally too lengthy to produce cost savings within a biennium,” the proposal states. The proposal would allow campuses to save 75 percent of what they’re paying terminated tenured faculty members now.

The comments section, as is so often the case, laughs at the blatant idiocy of the plan:

Wasn’t the Admin charged with managing the system? If they failed, why aren’t they getting 90-day notices right now?

Exactly. Why are the faculty, the tenured faculty who devoted themselves to the schools, paying the price for the plundering failures who messed up so horribly?

Even if this plan passes (and it likely will), it will change nothing. Admin will continue to suck up every penny and then some. A year from now, when they’ve quick-fired all the tenured faculty and replaced them with adjuncts, there still won’t be enough money in the system, although there will be another Dean and Vice President positions filled.

I hesitate to suggest the following solution, because some administrator might take it seriously, but here goes:

Next time the money runs tight, start having classes in the sportsball stadiums. This will allow class size to balloon from a few hundred a class, to tens of thousands.

Cutting education costs on this level should pay for some very nice golden parachutes indeed.