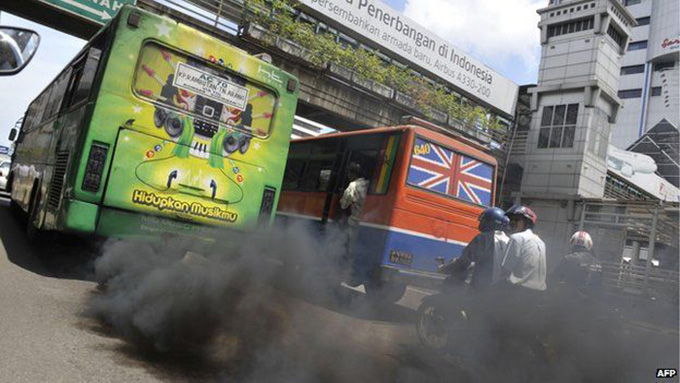 Air pollution has been found to cause hundreds of thousands of deaths every year around the world. As a result, there has been growing public concern about the health impacts of roadside air pollution – especially in the wake of the 2016 Volkswagen scandal, when investigations found that almost a million tonnes of excess pollution had been pumped into the atmosphere in the US alone.

Governments came under increasing pressure to act – and many drew up plans to reduce harmful pollutants below legal limits. In late July, the UK government published its own national plan for bringing down roadside nitrogen dioxide (NO₂) concentrations. The plan was met by considerable criticism, on the basis that it lacked urgency and effectively dumped the problem on the worst affected local authorities, which would be required to implement Clean Air Zones (CAZ).

But what was perhaps even more remarkable about the publication, was that it revised the estimated value of minimising the damage to public health through these measures downward by 80%.

On the final page of the 155-page technical report which accompanied the plan, new estimates of the economic benefits from reducing damage to health through measures to reduce NO₂ were very substantially below those that had been published in a previous report. The previous estimated health benefit of a further 21 CAZs was costed at £3.6 billion, but is now £620m – an 80% reduction.

This huge reduction was attributed to new advice from the independent experts of the Committee on the Medical Effects of Air Pollution (COMEAP), which had found it difficult to disentangle the impacts of specific pollutants – in this case NO₂ – from that of the whole mix of traffic-related pollutants. Previously COMEAP had advised that for every 10ug/m3 increase in NO₂ concentration, the increase in mortality risk would be 2.5%.

It now recommends that when measures are primarily targeting NO₂ emissions, this coefficient should be adjusted to account for possible overlap between the direct impacts of small particulates and NO₂. This puts the increase in mortality risk at 0.92%.

My enquiries of the government’s Joint Air Quality Unit (JAQU) confirmed that overall the updated damage costs of NO₂ for road transport are approximately 80% lower than those used during the consultation prior to publication of the new air quality plan. This splits into roughly 60% to 65% resulting from the revised COMEAP advice, with the remaining 15% to 20% resulting from the other updates, such as new dispersion modelling and population data.

Change is in the air

It is not yet clear what this means for the government’s policy on air pollution. Current legislation stems from a European Union directive, which imposes a statutory limit for NO₂ concentration across all regions. In this context, the scale of health benefits from remedial measures is not relevant.

But with Britain on course to leave the EU, future regulation of air quality could be based on UK targets, set to reflect the balance of benefits in relation to costs. In this case, the downgrading of health benefits of policies such as Clean Air Zones would then be relevant, particularly given the expected reductions in pollutants from improved vehicle technology and the introduction of electric propulsion.

But ultimately, future regulation may depend on the outcome of the Brexit negotiations where the politics of air pollution may yet play a key role.

Author Bio: David Metz is an Honorary Professor of Transport Studies at UCL