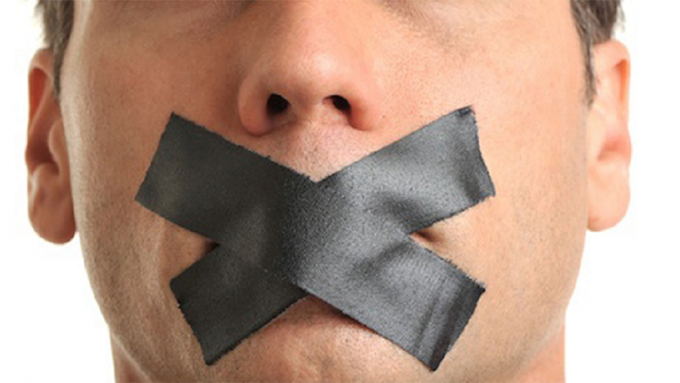 The spring semester got off to a somewhat rocky start at Princeton University when a number of students walked out of a class in reaction to the instructor’s conduct. Lawrence Rosen, the William Nelson Cromwell Professor Emeritus of Anthropology at Princeton and an adjunct professor of law at Columbia University, was starting a class that he has offered before, “Cultural Freedoms: Hate Speech, Blasphemy, and Pornography.” Apparently as has he has done in the past, he introduced students to the subject matter of the class with various examples of cultural and linguistic taboos. Among those examples was the use of the N-word, which Rosen said in full. Some students objected, words were exchanged, some students walked out and went public with their unhappiness with what happened in the class. The university and the department chair defended Rosen’s actions, but the story was picked up by the national media and eventually Rosen decided to cancel the class rather than try to continue under these circumstances.

While perhaps not common, such controversies are hardly unknown. A few weeks after the Princeton incident, students complained to a dean when a law professor used the same word in class as part of a hypothetical, spurring a formal investigation of the faculty member. The previous semester, an English lecturer at Smith College was suspended for saying out loud the same word that was contained in a poem being discussed in the class. In the wake of the initial U.S. Supreme Court decision holding that burning an American flag is protected expression under the Constitution, a communications professor came under fire for burning a flag in her class on the limits of free expression and earned a formal rebuke by the state legislature. Not so long ago, a state legislator launched an extended campaign against a Kansas social welfare professor who showed a sexually graphic video in a class on human sexuality.

It is at the heart of academic freedom that faculty members be able to judge for themselves how to teach the subject matter of their classes. While many of the topics and themes of college-level courses may be important and difficult, they are unlikely to be particularly controversial. Some, however, inevitably tread in areas that are likely to make at least some students uncomfortable. Faculty working in such domains should hardly court controversy simply for the sake of ruffling feathers, but the choices for dealing with such topics are stark.

The easiest response to potential controversy is simply to sanitize the curriculum, to drop anything that might give offense. The educational consequences of such a cautious approach are potentially dramatic. If possibly offensive subject matter is to be confronted and taught, then the choice of how best to teach such materials must be made by someone. The implication of many of these campus controversies is that such pedagogical decisions are ultimately not to be made by members of the faculty with relevant subject-matter expertise, but rather by politicians, or by college administrators, or perhaps by the students themselves who wish not merely to have the choice to opt out of a class or course of study but to have the right to challenge the ability of other students to take such a class and of faculty to teach it.

There is no doubt that sensitive materials must be handled with care in the classroom. It is also quite certain that even a conscientious instructor might occasionally stumble into controversy. Anyone who has stood in front of a classroom is likely to have experienced the misfired joke that raised rather than eased tensions, the poorly chosen example that confused rather than clarified, the ill-considered statement that derailed rather than advanced the conversation. The margin for error is necessarily small when the subject under discussion is inherently disturbing. Even the best-intentioned instructors might find themselves at cross-purposes with some of their students.

Professors are subject to criticism when they make mistakes in the classroom. There is room for reasonable disagreement and important conversations about how best to introduce students to difficult materials and how best to productively teach a diverse set of students who will react to the same material in different ways. The goal of education is to bring students along, not to push them away. But in the midst of those conversations, we should not lose sight of the fact that students will sometimes take offense at things that happen in a college class and that in itself is not objectionable. And we must not lose sight of the fact that professors will need the freedom to navigate these rocky shoals in accord with their best professional judgment.

If professors are to lead students on intensive investigations of the taboo, the obscene, and the offensive, whether in the context of an anthropology class, a law class, a journalism class, or a literature class, they will have to expose students to the obscene and the offensive. If students are to understand and grapple with the things that push at cultural boundaries, they will need to be able to scrutinize those things and those boundaries. While euphemisms and indirection are sometimes appropriate and adequate, there are times when the scholarly enterprise will require confronting that which is offensive directly. There are circumstances in which experiencing the offense might well be a necessary condition for making progress in understanding and analyzing the offensive. It is certainly easier to look closely only at those things that might have been offensive to our grandparents or in a distant culture, but if we must avoid those things that are actually offensive to us then the scope of our studies will necessarily have to shrink and the quality of our education will necessarily suffer. Students, parents and the broader public should understand what higher education entails. It is the responsibility of faculty not to gratuitously offend, but it is also sometimes the responsibility of faculty to help students explore that which is offensive. Doing so well will sometimes give offense.