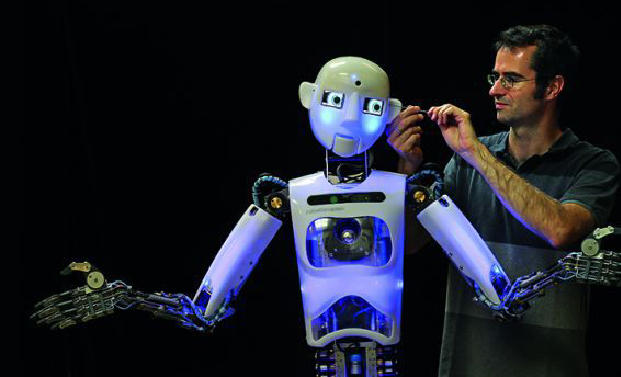 Despite the UK’s desire to remain a world leader in technology post-Brexit, there is some uncertainty about how it will achieve this aim.

Questions abound as to whether conditions are right for the UK to steal a march on the US and Asia, notably in groundbreaking areas of innovation such as artificial intelligence.

However, some of the world’s best brains come to the UK which, as a result, is now not far behind the US in terms of research scientist numbers, although one-third of these individuals originate from outside the UK. The trick is to retain these numbers and build on them.

The answer to this challenge can be found in higher education, and leading universities are a hotbed of technology talent. AI and deep learning, automation, predictive analytics, quantum computing and nanotechnology have all, in some form, started life in a lab or classroom and not in a traditional software development environment.

As AI redefines the future of almost everything, the demand for specialists in the field will grow and we need to be confident that higher education in the UK tops the list of attractive destinations for the brightest and the best.

There is a critical connection between maintaining funding for university research and taking a lead in the digital revolution. Brexit uncertainty, regulatory changes and financial pressures generally mean that research funding is under threat.

This is concerning for many reasons, not least that funding for university research in the UK already lags behind that of other countries, notably the US and China. This matters both for academic research and the knock-on effect for commerce.

PhD-qualified candidates in areas such as data and computer science are very highly sought-after individuals. International competition for talent is intense because there is almost unlimited demand, yet numbers are small, resulting in a huge disparity in salaries. With top data scientists being snapped up by American tech companies on salaries in the region of $300,000 (£216,000), how can UK academia compete?

Such academics are the new rock stars of tech – a scarce and vital resource that companies must recruit if they are to thrive in a brave new world. Without them, the best business leaders will struggle to remain at the vanguard of digitalisation and be unable to realise their ambitions.

Yet the skills that such people have are being developed in an academic setting, where top university teams are pushing the boundaries of what is possible.

Academic talent is migrating into the commercial sector at a rate of knots. For example, Deep Mind – sold to Google for £400 million in 2016 – was set up by PhD students who met at the University of Cambridge. Drayson Technologies was created by former science minister Lord Drayson in 2015 to explore AI applications in health and other sectors via partnerships with the University of Oxford, and the Oxford University Hospitals NHS Foundation Trust has raised £41 million in investment so far.

Therefore, it is in the UK’s national interest not just to attract the world’s leading minds to study here, but to get them to enter the workforce and to remain here when they graduate.

There is also the question of diversity; it’s no secret that the UK needs to do more to support young women in STEM subjects and encourage them to follow these disciplines into a career. Presently, they are drastically under-represented. Unless this is addressed soon, tomorrow’s digital and technological workforce could be significantly less diverse, with more gender issues than it has today.

Maintaining strong support for university research in tech could play a key role. While there is currently a serious under-representation of women in commercial technology roles and their sector quit rate is twice as high as it is for men, in academia the case is different, with better gender representation.

For example, a recent search conducted by Odgers Berndtson in London, required us to analyse a selection of 50 candidates in academia. Pleasingly, gender diversity was far more equal than it is in the mainstream technology sector with a 50:50 ratio.

So, by maintaining or even increasing university research in areas of tech with great commercial potential such as artificial intelligence, the UK has an opportunity both to take a global lead and to lay the foundations for a more diverse and equal workforce for generations to come.

How does this not make sense?

Author Bio: Michael Drew is a partner and head of technology and IT services at executive search firm Odgers Berndtson.