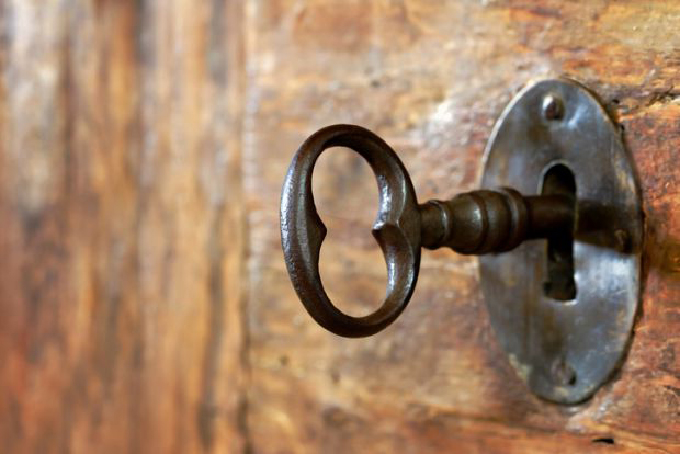 In the worldwide campaign to shift academic publishing to open access, the Germans are fighting a major battle. To many, they look like heroes.

“Projekt DEAL” is the name of a German national consortium that includes university libraries and scientific organisations. The consortium has been working towards an agreement with Elsevier that, if the Germans have their way, would make papers by German authors in journals published by Elsevier freely available (open access), at a substantially lower rate than Elsevier is currently charging.

One DEAL negotiator, mathematician Günter Ziegler of the Freie Universität Berlin, has said that if the two parties can agree on the Germans’ basic demands, it “could be a model for the rest of the world”, triggering a “big flip” – a global transition toward open access.

Elsevier rejected the consortium’s demands, but for more than a year, the consortium has held firmly to its position. At a time when relationships among universities are characterised mainly by competition, the German initiative appears to be a model of cooperation to achieve a common goal.

However, we believe that if the Germans win this open access battle, they will have lost the larger war.

To understand the broader conflict, one must recall that academic publishing is no ordinary business. There is no functioning market, in part because it is the researchers who decide which journals get the most important articles, yet they are not the ones who pay the bills. In fact, researchers typically don’t even see the bills that their universities pay.

Unfortunately, this is not just apathy – publishers fight to keep the bills secret. Elsevier includes non-disclosure agreements in their contracts so that university libraries are not allowed to disclose how much they are paying. These agreements can be overcome through requests based on freedom of information laws, but that is not easy.

Mark Wilson of the University of Auckland recently was able to determine how much New Zealand universities are paying, but the process took more than three years.

Researchers are, then, not price-sensitive (as they are not the ones paying the bill) and, moreover, they are typically price-ignorant. But this is not the only factor causing them to publish in overly expensive journals. Their main motivation is to publish with the journals that are most likely to advance their careers. Because of the self-reinforcing circle of journals that have existing prestige being favoured when researchers submit articles, which further inflates those journals’ prestige, the legacy subscription-based publishers have been able to steadily increase their prices, funnelling a larger and larger stream from public purses into their shareholders’ wallets.

Many believe that the vicious cycle will be broken by changing the way in which the journals are funded, away from a subscription fee to read the articles to, instead, a fee to publish each article. These publication fees – article processing charges (APCs) – are quite visible to the researchers and typically come from funds that those researchers control, such as the grants that they receive to do their research. This, it is thought, makes researchers journal price-sensitive, which eventually will drive prices down.

The Germans’ fight to negotiate a publication fee that is less expensive than current prices could, then, contribute to a downward spiral of prices.

However, even when the payment must come from their own funds, researchers do not choose the cheapest of the tens of thousands of scholarly journals. First, their choice is limited by the field in which they work: an economist will not publish in a biology journal even if it costs them only 1 per cent of the cost of even the cheapest economics journal. And in many subfields, the number of relevant journals is quite small.

Of the limited number of relevant journals, choice is further guided by journal rank: some journals provide for better career advancement than others. Nowhere is this more clear than when comparing two very similar journals: PLOS One and Scientific Reports. Both of these “mega-journals” cover all disciplines, are open-access, and feature similar policies and procedures. In terms of quality and services, these journals are very similar and, if the downward price spiral is to ensue more broadly, authors should choose the cheaper one. PLOS ONE charges $1,495 per article while Scientific Reports charges $1,675.

Web links to Scientific Reports articles begin with “nature.com”, which is also quite prominent when the articles are published on social media platforms. On several occasions we and others have seen Scientific Reports papers referred to as “Nature” papers, even on academic CVs. Thus Scientific Reports, while being more expensive, is associated with greater prestige.

Submission data show that five years after being formed by, essentially, copying PLOS One, the more expensive journal Scientific Reports now receives more submissions than PLOS One, the cheaper journal. These data suggest that there is little competition on price: authors will simply buy the prestige that they can afford.

Publishers are therefore likely to tie their pricing to their prestige, rather than competing on price. The Nature stable of journals has exploited this well with their other journals, such as Nature Communications, which charges $5,200 to publish an article.

Better things cost more money, so why not encourage the field to pay more for a prestigious journal?

Unfortunately, in addition to there often being little difference in publisher service, prestige can be quite uncorrelated with the quality of the articles in the journal. In the experimental sciences, for example, prestige is correlated with the unreliability of the published research: the more prestigious a journal, the less reliable its research appears to be. This occurs in part because prestigious journals favour the most exciting findings, which are more likely to be spurious. This criterion also incentivises “p-hacking”, also known as data dredging, and other questionable research practices.

Additionally, because of the self-fulfilling cycle of prestige and paper submissions, older publishers tend to accrue a greater and greater prestige advantage, while newer publishers that innovate with services that would advance scholarship and reproducibility find it difficult to get started.

Another part of the argument for driving publishers to switch entirely to APCs is that costs will be low because institutions will only cover article costs below a particular amount, so publishers should heed that threshold and not charge beyond it. However, this argument is analogous to a scholarship provider expecting Harvard to lower its tuition fee of $40,000 to $1,000 if $1,000 is what the scholarship provides. For many, prestigious articles are a necessary condition for career advancement and if they are not covered by public money, those that can will pay out of pocket.

Many institutions and funders have been pushing back against the toxic game of prestige journal publications. Many are signatories to the progressive DORA declaration on evaluating research. But, on the other hand, some forces pushing researchers to publish in glamorous outlets have continued to get stronger. Research funding is becoming scarcer and scarcer, and in funding systems where researchers are judged by the journals they publish in, the pressure to publish in the most prestigious journals has increased.

As Danny Kingsley of Cambridge University has explained, UK funders’ promise to pay APCs has resulted in most of the funds going to subscription journals, in the form of “hybrid” OA, as researchers chase prestige.

German has a word, verschlimmbesserung, which means something that was intended to improve things but instead made them worse. If Projekt DEAL reaches an agreement with Elsevier, this could hinder innovation by locking institutions and scholars into continuing to work with the legacy infrastructure of Elsevier.

As earners of profits that are the envy of practically every other industry, changing the system is, for Elsevier, a possibility to be feared. It is in Elsevier’s interest to resist moves towards a more modern IT infrastructure that can make scholarship accessible more rapidly and at low cost. Reaching a deal with Elsevier may perpetuate old problems so that, on balance, it may not help transition scholarship to a healthier publishing system.

The good news is that the impasse in the German negotiations with Elsevier has already had a major benefit – it has woken many researchers to the issues involved and galvanised the desire for change. Germany could capitalise on this resolve by walking away from the negotiating table and seeking a broader consortium to collectively create a service market based on a modern IT infrastructure that can accommodate all scholarly works. Collectives of university libraries are already publishing humanities articles and books open access at relatively low cost.

The incipient FairOA movement aims to spread the consortium-based alternative to APCs to psychology and mathematics .

This is not a far-fetched dream of a fringe avant-garde; the recent rapid growth of preprint services in the biological sciences shows that both the technology and the demand for an alternative infrastructure are already here, and funders are increasingly lending their support .

Companies such as Ubiquity, Scholastica, F1000Research, and others are competing to provide modern services, rather than profiting off of a legacy of ownership of journals and their content. Academia would not only save billions, but also would gain in digital innovation from re-investment of the saved funds and competition among service providers. In a scholarly commons without siloed journals, journal-like functionality that may be needed can easily be recreated, without perverse features such as corporations owning publicly-funded scholarship.

The technology is here, the companies are here, the money is in the system and scholars are ready: let’s invest in the future.