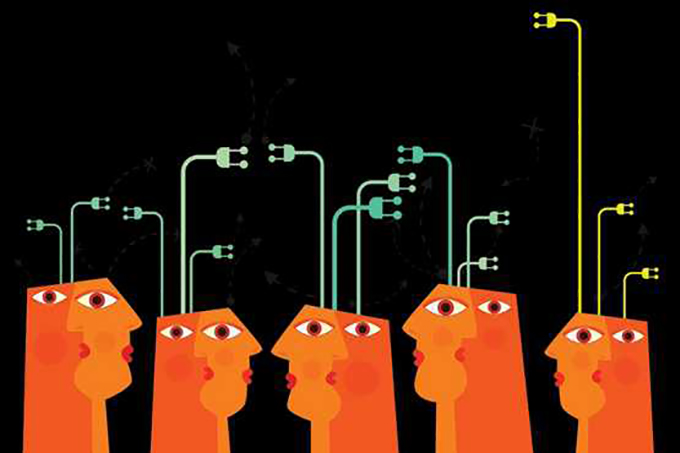 Subscription publishers’ responses to last week’s landmark announcement on open access by a dozen major European research funders was nothing if not predictable. Doom and gloom forecasts abounded about the end of quality science publishing, coupled with protestations that funders have no right to mandate author choices. All this is recycled nonsense.

The funders – the European Commission plus 11 national funders, including UK Research and Innovation – will require papers published by their grant holders from January 2020 to be immediately open access (that is, with no embargo period). This new policy, known as Plan S, is inspired by the open-access mandate of the Bill and Melinda Gates Foundation, which has been in place since 2017. And it is clear from the announcement that the move aims not just to impact the publishing habits of those directly funded by the agencies, but to completely abolish subscription paywalls and to catalyse a transition to a fully open-access publishing system.

Some think that the role of funders is merely to distribute research funding, so they have no right to tell scientists how to work or publish. A spokesperson for the International Association of Scientific, Technical and Medical Publishers, for instance, protested that Plan S could have “unintended limitations on academic freedoms”.

But this is a gross misunderstanding of academic freedom. Precisely because this concept is so often abused and misused, the American Association of University Professors has offered a guide to defining it. According to the association’s former president, Cary Nelson, academic freedom is the right to pursue knowledge without censorship; it’s not a right to publish in subscription journals.

I agree with this. The role of governmental agencies that distribute research funding is to deliver a return on taxpayers’ money. For private philanthropic foundations, their role is to award grants in a way that supports the mission of the foundation and achieves maximum impact. As such, funders have an unquestionable right to set policies and mandate actions for those they support that promote access and increase the impact of the research. And they do this all the time. They mandate sharing code, registering clinical trials, providing reagents, depositing protein structures and DNA sequences in repositories, and more.

Equally, scientists have the right not to apply to any funder if they disagree with its policies.

The idea that Plan S will destroy scientific publishing is even wider of the mark. It is no more valid than the predictions, 15 years ago, that New York’s pioneering smoking ban in bars and restaurants would kill the city’s catering and tourism industry.

While it is true that the majority of current journals do not comply with the new European policy, let’s remember that the Directory of Open Access Journals lists more than 12,000 high-quality, open-access, peer-reviewed journals. These will be delighted to publish good papers from researchers funded by the agencies implementing Plan S.

Moreover, the available choice of journals that comply with Plan S is going to change very quickly, precisely because of the policy. No good journal can survive by excluding great research en masse. Many of the subscription publishers I know long ago realised that a fully open-access world was inevitable and began preparing to transition to it.

And it is not as if the funding agencies are seeking to drive publishers out of business. The policy announcement explicitly states that “publishers should provide services that help scientists to review, edit, disseminate and interlink their work and they may charge fair value for these services in a transparent way”. Their profit margins are likely to fall from between 30 per cent and 40 per cent in the subscription model to between 10 per cent and 20 per cent in the open-access system, so their resistance to the shift is understandable. However, lower profit margins and total industry failure are not the same thing.

Another myth rehashed by publishers is that, as the American Association for the Advancement of Science (AAAS) put it, Plan S “will not support high-quality peer review, research publication and dissemination”. This is amusing to hear from an organisation that, in addition to the journal Science, also publishes Science Advances – an open-access journal that charges authors up to $5,300 (£4,100) per article for high-quality editorial and publishing services.

Such statements seem to have their roots in past efforts by subscription publishers to fight the pioneering high-quality open-access publisher Plos. As reported in Nature in 2007, leaked emails suggest that several publishers (who did not include the AAAS) paid up to $500,000 for anti-open-access consulting by Eric Dezenhall, the “pit bull of public relations”. He advised them to create the impression that peer review and subscription publishing were synonymous, and to “paint a picture of what the world would look like without peer-reviewed articles”.

But it is clear that funders now see straight through such arguments. In February 2017, I made a public $100 bet at a publishing conference that all biomedical research would be published open access by 2030. Plan S just massively tipped the balance in my favour.

More importantly, with the high likelihood that all papers will soon be freely accessible to all who need them at a significantly lower cost to researchers, Plan S is tipping the balance in favour of progress for science and society.