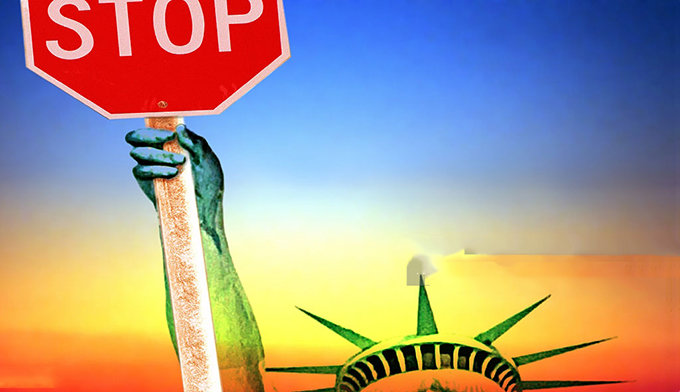 At the recent annual conference of Nafsa: Association of International Educators in Los Angeles, many leaders in the field of internationalisation emphasised that global solidarity would remain despite US president Donald Trump’s “America first” stance and his curbs on travel and immigration from certain countries. They insisted that talk of deep declines in foreign student enrolments in the US were likely overblown, and that the US would remain the destination of choice for international students.

At a national seminar of international higher education professionals that we recently hosted at Boston College, a more realistic stance was generally adopted. But speakers were still hopeful that they could rise above the bigger political picture and provide a welcome on their own campuses that was so warm that it would sustain their international student numbers through word of mouth.

We believe that such hopes are misplaced. Optimism is unsustainable in the current reality, and we predict the acceleration of a trend towards more plurality in global student flows that will anyway take place in the coming decades.

Since the Nafsa conference, the US Supreme Court has ruled that key elements of the Trump administration’s ban on travel and immigration from certain Muslim-majority countries are legal. And although additional court challenges are looming, those judicially sanctioned elements are now being implemented. Moreover, the government has significant leeway to interpret the rules, and essential decisions are in the hands of US consular officials at embassies around the world – and in those of junior bureaucrats in the Department of State and the Department of Homeland Security.

A few examples illustrate what is going on now and what will without question occur more frequently in the future. We recently hosted a group of doctoral students from Switzerland’s University of Basel. But one member of the proposed delegation was missing: an advanced doctoral student who holds a Sudanese passport. It was not that the US authorities had turned down his visa application: rather, they had simply sat on it until it was too late for him to travel.

There does also seem to have been an increase in the number of visa refusals. Media reports in Boston noted that many previous European participants in the world-renowned Boston Early Music Festival were absent this year because US embassies denied them permission to return. One well-known woodwind group from Germany was turned down because they were, in the eyes of a consular official, not famous enough. No doubt that official had expertise in the music of 14th-century Germany!

The point of these examples is that little decisions shape internationalisation realities as much as the specific policies of presidents and decisions of judges. There is no doubt whatsoever that these little decisions will create havoc among colleges and universities seeking to admit international students – and not only from Muslim-majority countries.

When it comes to international perceptions, French president Emmanuel Macron’s invitation to scholars feeling unwelcome in the US to come to his country is already very telling. And while there will probably be only a modest decline in international student enrolments in the coming academic year, the real challenge will be in the following years, as these stories of bureaucratic hassles and political hostilities establish a narrative that studying, teaching or doing research in the US is simply no longer worth the trouble.

We have already seen in the year prior to Trump’s election that the excitement about a record 1 million international students in the US hides the reality of an increasing dependence on Chinese and Indian applicants. New economic and political realities in Saudi Arabia and Brazil have resulted in declining numbers from those countries, with few prospects of a reversal. Other nations, such as Canada, Germany and the Netherlands, with their solid economies and welcoming policies, will see their international student numbers rise, and there are clear examples of increasing mobility within and between countries in Asia, Africa and Latin America. After France, China is now the largest recipient of African students, for instance. All this makes US higher education very vulnerable to the economic and political tensions with China and India that might well result from Trump’s aggressive foreign and economic policies.

Perhaps in a few years, the Boston Early Music Festival will have become the Berlin Early Music Festival, and the students from Basel will enjoy visiting Montreal or Toronto instead of Boston to discuss international higher education. It is time for everyone involved in US educational and cultural exchange – a multibillion-dollar industry and a key part of what really makes America great – to face up to reality and understand exactly what is happening.

The efforts of student information online teams to design welcoming admissions policies are certainly needed. But even more important is for US higher education leadership to make greater efforts to convince politicians of the enormous dangers of the current Trump policy. Optimism is not enough in a time of crisis.