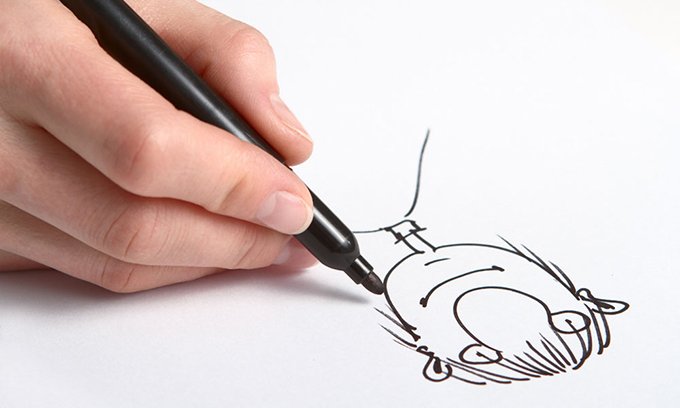 The comic constitutes a unique cultural phenomenon: until very recently, it barely raised academic interest. Due to the satirical tone and the caricatural bias that cultivated in the nineteenth century; or to the childish character, often moralizing, that was in the XX; or the popularity – not free of vulgarity – that reached between 1930 and 1960, has been relegated by all disciplines. And this despite participating in many, it is related to literature, drawing, painting, engraving, journalism and film. Even with the theater, design or architecture.

Such a prestigious family has not spared her, but rather has led to her prolonged conceptual orphanhood. Only in the sixties of the last century a movement of recovery and first cataloging of a heritage that is discovered vastly begins in Europe. And, above all, influential, because it shapes the imaginary of several generations.

In these fifty years of sporadic theoretical tradition, enough progress has been made to verify that the object of study is more complex than its popular avatars suggest. The ignorance of some of its keys motivates heated debates, encourages discrepancy, sometimes sectarianism, and makes it difficult to establish models of analysis.

The cartoon as a means of communication

Many “specialists” still do not know what it is, how it works, or even where it starts or where it ends. In fact, a discussion has been held for decades, with important disagreements, about its origins. Although not only its chronology lends itself to dissent. There are many who refer to the comic as a “genre”, even as a literary “subgenre”, between the detective novel, science fiction and any other narrative form of great consumption.

All of them are counted following a code, a pictographic grammar, a scripto-iconic rhetoric, a lexical-graphic combination, which gives them originality while making them readable. The mixture of word and image that seems to preside over its origin is combined in varied proportions, each one loaded with nuances and, in addition, declinable depending on works or authors. The “system” of the cartoon is far from being mapped.

What constitutes a comic

The theoretical imprecision implies the historical. If we don’t know what it is, we can hardly determine when it starts or how it evolves. And there is no doubt that we are still far from knowing its essence or establishing the rigidity or elasticity of its limits. Because not even a simple definition of cartoon as “story in drawn images” is exempt from objections. And if the images are not drawn but sculpted in stone, engraved in wood, embroidered in fabric, inscribed in ceramics, forged in iron, trimmed in glass, painted on canvas …?

Paradoxically for a medium in search of artistic recognition, cartoonists have narrowed their field with restrictive criteria, leaving out works that, regardless of the prestige they can contribute, would enrich the medium. Or at least they would help to understand.

The best proof of the restrictive nature of these criteria is provided by the origin that, still mostly, is usually given to the comic strip. It is not enough that it is a story in “drawn” images. It has to be reproduced in print. It must be organized sequentially in contiguous figurative spaces within a global space (bullets on a page). The text must be incorporated in the “autograph” style. The dialogues must be presented in sandwiches, the narration be self-sufficient, the “raccord” between vignettes offer understandable causal relationships…

And there are still those who add complementary conditions such as mass diffusion or the fixed protagonist in the different deliveries.

All this network of requirements leads to the hypothesis – unfair rather than absurd – that the comic was born on October 25, 1896 when cartoonist Richard Felton Outcault put his character Yellow Kid to speak in sandwiches on the pages of an American newspaper, New York Journal And this – see the example, “The Yellow Kid and his New Phonograph” – in imitation of a phonograph that, in reality and as a final gag, hid a parrot.

In recent years, the historiographical paths of the comic strip have been relativizing, delaying the date of its possible birth.

In 1994 Thierry Groensteen and Benoît Peeters, in “L’invention de la bande dessinée”, even taking into account background and consequent, give a foundational role to the figure of the Swiss Rodolphe Töpffer and place the invention around 1830.

In 2009 Thierry Smolderen in “Naissances de la bande dessinée” – note the plural “births” – part of William Hogarth to make a historical journey , which starts in 1732.

And the review of the origins does not stop there. In recent years the work of the American scholar David Kunzle is becoming an increasingly accepted reference. And in the first volume of his “The History of the Comic Strip”, published in 1973, he established 1450 as the starting point of the graphic narrative.

Product of his time

Despite the chronological and conceptual differences that separate these origins, certain argumentative similarities are surprising. All hypotheses are founded in a social, cultural or simply technical context. As if the comic strip did not have its own evolutionary channel, as if it lacked a dynamic of its own to explain its different manifestations, the mentioned theorists explain the origin of the medium from events of greater historical significance.

Thus, 1896 would correspond to the climax of the “melting pot”, the ethnic boiler from which the dominant power of the twentieth century will emerge. The comic takes, from this perspective, an eminently American dimension and helps to unite, with its simple and visual stories, a population of diverse origin and languages.

Töpffer and 1830 place the invention at the confluence with that of photography, in the crisis of figurative representation in painting and, more generically, under the protection of the industrial revolution.

Hogarth in 1732 is under the impulse of an ascending bourgeois class and the very critical spirit of the Enlightenment.

And what about 1450, the date proposed by Kunzle? Not only is the start of modernity in Europe but the beginning of the printing press.

From cave paintings to Asterix

The line opened by Gérard Blanchard in his “Histoire de la bande dessinée” (1969) is even more ambitious. As the subtitle already suggests (“une histoire des histoires in images of the préhistoire à nos jours”), the chronological period considered increases considerably. With the thematic and material differences of each era, Blanchard follows a continuous thread that takes him from cave paintings to the present.

The annexation of a good part of the plastic arts to the field of cartoons – seems less crazy if we talk about “figurative narration”, “narrative pictography”, “iconographic stories” – poses numerous problems. Not only does it imply a collision of “status” between works and forms of analysis – The Trajan / Asterix column, The Bayeux / Prince Valiente tapestry, Boticelli / Hergé, Goya / Milton Caniff… Also the acquisition of the necessary skills for a study Rigorous of such an unbeatable field.

No lace in the UNESCO categories

The current constitution of areas of knowledge as classified by UNESCO does not allow for a discipline that studies “the story in images” in all its variety. Despite its abundance and its persistence throughout history, any approach seems partial, fragmentary, somehow mutilated, and, of course, without fitting into a global perspective.

However, interdisciplinarity and the constant expansion of the research horizon have not been an obstacle to other forms of expression.

Literature lovingly and harmoniously embraces the epic, the lyric, the narrative, the dramaturgy, but, in addition or within them, the libel, the police intrigue, the love poetry, the essay … And all this served in the satire sauce , the irony, the grotesque… It matters little if this diversity of “texts” is presented in written or oral, handwritten or printed form, on parchment or on paper, in roll, in book or on screen, if it is sold massively or distributed confidentially … Support, format, reproduction technique, circulation, are secondary issues for the literature theorist. The word in all its creative uses constitutes its object of study and, ultimately, it hardly matters whether it is published or not.

Well, almost no cartoonist will hesitate to say that unpublished originals do not constitute a comic. No, if they are not published and duly disseminated. The avatars of reproduction count here more than those of production. In fact, almost all cartoon historians take into account their different printed variants to grant – or deny – birth letter. The printing press in the case of Kunzle, the series of engravings with Hogarth, the album with Töpffer, the daily press with Outcault …

The stamping process matters more than the fact, evident and in principle more decisively defining, that it is a story in images. And this fixation in reproductive mechanics reveals the profound contradiction of the historical critique. It claims the artistic condition while it needs its industrial character – the technical adventures of its reproducibility – to recognize it.

An original – on paper, on screen or on another surface – compartmentalized in drawn vignettes is already a comic. The eyes of the reader will make sense depending on the circumstances of the reception, but its historical essence is inscribed from the moment of creation. Because, as much as some claim it, here the medium – even less the printing technique – is not the message. And, if you don’t need a mass audience – most of the titles are kept in small print runs – or even print reproduction, the field of study opens enrichingly.

Ultimately, everything depends on the agreement reached by the disoriented, at least divided, “experts.” Regardless of materials, media and amount of dissemination, a story in images will always be constituted by a recognizable figuration in its identity and in its expressiveness that evolves according to a process sequenced in one or several spaces. That is its essence. It’s all you need for the story to flow in strokes, shapes and colors.

Author Bio: Antonio Altarriba is a Professor of French Literature at the University of the Basque Country / Euskal Herriko Unibertsitatea