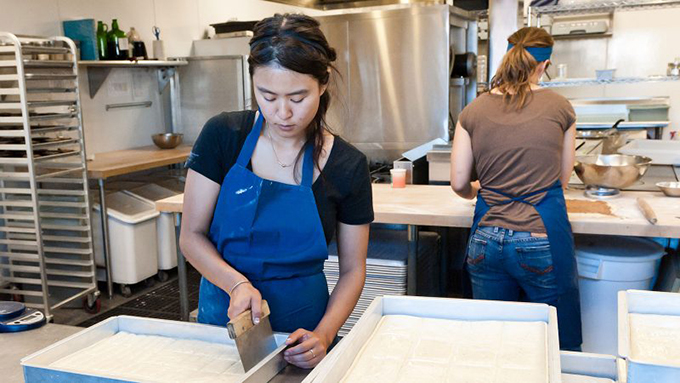 Two dozen students sat at a circle of desks, engaged in a heated discussion about whether race or class was the most significant disadvantage in our society. These students, like the majority of those who attend the City College of New York, come from working-class families. Most are from racial minorities, several are immigrants themselves or the children of immigrants, and many are the first in their families to attend college. They are strivers, hoping to find in college a path to a well-paying career and to opportunities that have eluded their families.

As the discussion got heated, Claudia (not her real name), a Latina student from Queens, raised her hand.

“Class,” she said decisively. “My mother became disabled and I have to work full-time in addition to college to support us. It makes everything so hard.”

Her voice broke as she trailed off. We sat in silence, processing what she had said. This moment, like many I have had in my nine years of teaching at CCNY – known historically as “the Harvard of the Poor” – is illustrative of one of the challenges confronting working-class and first-generation students entering higher education: striving for upward mobility involves negotiating painful ethical costs.

I explored the experience of such strivers in my recent book, Moving Up without Losing Your Way: The Ethical Costs of Upward Mobility. For them, a college degree is a potentially life-changing experience. But between the moment a striver arrives on campus and the day when she leaves with a degree stretches a treacherous path. She must contend with an ever-widening distance from family, friends and the community in which she grew up, while trying to fit into a new and often alien community. It is the losses such students experience in areas of their lives that give them value and meaning that I call the ethical costs of upward mobility.

On campus, strivers are focused on succeeding in their classes, making friends and decoding the unwritten rules. But back home, as Sara Goldrick-Rab showed in Paying the Price: College Costs, Financial Aid, and the Betrayal of the American Dream (2016), their families and friends may be struggling with a deteriorating safety net that results in housing and food insecurity, inadequate medical care and lack of access to affordable childcare and eldercare. Like Claudia, who felt overextended trying to care for her mother and to succeed in college, many strivers end up feeling torn. Being there for those they love can imperil their academic progress, but prioritising their education can leave them feeling disconnected and isolated from important sources of meaning and value.

Some might be tempted to think about the ethical costs of upward mobility on the model of college debt: an up-front investment that is more than offset by the many gains that come from obtaining a degree. But this ignores two important aspects of ethical costs that fundamentally differentiate them from financial costs.

The first is that much of what is at stake for strivers, ethically, is not fungible in the same way that financial costs are. When a striver’s relationship with a family member or a friend deteriorates, the eventual gains in other areas of a striver’s life do not simply erase that loss. There is no guarantee that those relationships can be repaired or restored. And the loss does not simply impact the striver’s life, but also that of her family member, her friend or her community.

The second difference is that the ethical costs that strivers face are directly tied to structures of inequality on and off campus. Socio-economic segregation, lack of investment in low-income communities, an inadequate safety net and other structural factors conspire to put students from working-class backgrounds in difficult ethical positions as they toil to reap the rewards of a university education. Claudia is not unique among my students. I have taught many who play critical support roles for their families and friends. They take grandmothers to the hospital or babysit sick cousins. And as they choose to continue investing in those relationships, they risk derailing their path through university.

I have given several talks about the research for my book at universities across the United States and, inevitably, I am asked by well-meaning administrators and professors: What can we do?

I believe that the first thing we need to do is to acknowledge the severity of the corrosive effects that the pursuit of upward mobility can have on strivers’ lives. And, crucially, these impacts can never be entirely “fixed”. Most strivers who succeed on the path of upward mobility end up in a perpetual limbo. As Alfred Lubrano argued in Limbo: Blue-Collar Roots, White-Collar Dreams (2003), they often end up caught between two worlds, neither of which will ever truly feel like home. No matter how welcoming a university campus is, many strivers will have given up something deeply meaningful in order to succeed within its walls.

The first thing that universities must do is ensure they don’t make things worse. “Henry”, one of the strivers I interviewed for my book, remembered going to a counsellor while in college to talk about the depression and guilt that his growing distance from his family generated. The counsellor’s response, that he had no obligation to his family, left him feeling angry and misunderstood. We can surmise that the counsellor meant to help assuage Henry’s guilt, but instead her advice exacerbated his sense of not belonging in the community he was keen on joining. Strivers are liable to feel considerable guilt or regret. We shouldn’t try to deny or erase this dimension of their experience but must let them mourn what they have lost.

Acknowledging the nature of the sacrifices strivers bear to succeed in university is critical, but we can do much more to help them to contend with these costs. Universities cannot change the deep structural features that are largely responsible for the ethical costs of upward mobility, but they can find ways to minimise and mitigate such costs.

For example, administrators can think more carefully about when required courses are scheduled. Strivers whose obligations outside school restrict when they can take classes have a hard time playing support roles for their families and still completing their degrees if a required course is scheduled once a semester during working hours. To take another example, elite universities encourage students to spend their summers engaged in internships, exploring foreign countries and learning new languages. They will often even provide financial support because they see these activities as contributing to a student’s flourishing. But investing in family, friendship and community are also important ways in which young people flourish. Universities ought to recognise that strivers who decide to go back home are not failing to take advantage of opportunities but are investing in important sources of value that can also be affirmed and supported.

Even such small changes can play an important role in minimising the ethical costs that strivers experience. Yet we also need a far more thorough rethinking of what happens in universities. Since, as I have argued, replacing what has been lost is largely impossible, mitigation involves developing new sources of value in those areas of a striver’s life that have been negatively affected by upward mobility: meaningful relationships and a community to which they can feel connected. The fact that social life at university often mirrors the hierarchies of class and race that exist outside its walls complicates attempts to foster such relationships. In elite colleges and universities, which tend to be dominated by students from wealthy families, the disconnect that strivers feel is even more acute. Yet there is one place in which students can be forced to interact across those social boundaries: the classroom. Here I want to draw on my own experience to indicate what can be done.

The importance and value of employing strategies to mitigate the ethical costs of striving is one of the most fundamental insights that I have gained while teaching at CCNY. When I started, fresh out of graduate school at Stanford University, I simply replicated my own classroom experiences. I focused on conveying a certain amount of content to the class. I lectured for a while and followed this up with a bit of “discussion”. This usually involved just letting the vocal students ask me questions. Students hardly interacted with each other and rarely learned more about their classmates than each other’s names, if that. What I didn’t realise was that this was exactly the kind of classroom that enabled students who were already at ease in a college classroom to feel right at home while making those who weren’t feel excluded. This was bad teaching, but it was also a missed opportunity. A classroom in which students discuss the content of the class with each other and work together on projects is one that can promote the sort of meaningful relationships that can mitigate the ethical costs of upward mobility for strivers. It’s also one in which more students learn.

The classroom in which Claudia shared her story was very different from those I had created at the beginning of my academic career. She and her classmates talked to each other and joked around. They worked together to come up with objections to an argument or to understand a difficult reading. A student wrote me an email several weeks after the conversation that I described earlier to thank me for the class and to tell me that she had “formed valuable friendships, which is actually quite hard in an urban college where a sense of community is almost non-existent”.

To make these changes, I had to learn much more about pedagogy than I had been taught in graduate school, but I also had to deliberately focus my attention on making sure that I was giving students opportunities to connect with each other. I was fortunate in that the semester group was relatively small, that my department supported my interest in pedagogy – and that I, too, am a striver.

As the first person in my family to attend college and a Latina immigrant from Peru, I know all too well the loss and dislocation that strivers experience. I understand what it is like never to feel completely at home in either the world one has left behind or the one of which one now is a part. But to think of this as a kind of purgatory misses the very real and unique set of skills and perspectives that a striver can access. We perceive, in a way that those who have grown up steeped in privilege cannot, when class discussions remain blinkered or disconnected from the concerns of ordinary people.

So how can colleges and universities make sure that strivers feel empowered to share their unique perspectives? By creating a classroom environment in which a striver does not feel that outing herself will only add to her alienation. A classroom in which a striver develops connections with other students, in which she feels that the professor is concerned about her learning as much as the learning of others. Such a classroom doesn’t only make a striver feel more connected to the campus community – and so mitigate some of the costs of upward mobility. It also enables the academy to broaden the range of perspectives it includes.