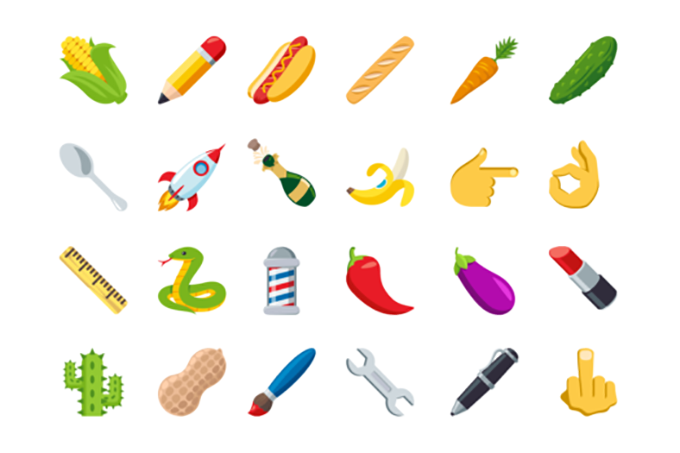 Advanced mathematics is not for the uninitiated. Even with years of training, it’s easy enough to go to a research seminar and have at best merely a basic idea of what the latest findings are about. Experts in the field usually understand completely of course, but even if what’s being said seems incomprehensible to the layman there’s no way you can “fake it” well enough to fool an expert. In short: while both an expert mathematician and a lunatic can spew what looks like mathematical gibberish, only the former can do it in a way that’s still comprehensible to mathematicians. You just can’t fake it well enough to fool an expert.

I’ve looked at research in other fields, with the belief that I’d only understand only the basics. Thus, I was surprised to find “advanced topics” in Education and Administration are incredibly basic and accessible to anyone, even if other fields (hi Physics!) definitely made me feel quite limited in my understanding of advanced topics.

I know full well if I tried to imitate writing and research in advanced physics, an expert would casually shred my gibberish. And I’ve demonstrate that with no effort I can emulate “advanced” Education and Administration writing.

Gender studies and gender related studies are big on campus anymore. Casual inspection on my part led me to believe it was meaningless at best, and ideological indoctrination at worst. I’m hardly the only scholar to make such conjectures, but scholars know that “conjecture” is just a fancy way to say “guess.” A couple of scholars decided to prove this stuff is just plain ol’ crap:

THE CONCEPTUAL PENIS AS A SOCIAL CONSTRUCT: A SOKAL-STYLE HOAX ON GENDER STUDIES

— Sokal1 refers to a previous hoax played on these guys, years ago.

The two “researchers” made a point of generating a 3,000 word paper packed with jargon and devoid of any meaning. A sample paragraph will give the gist of it:

Destructive, unsustainable hegemonically male approaches to pressing environmental policy and action are the predictable results of a raping of nature by a male-dominated mindset. This mindset is best captured by recognizing the role of [sic] the conceptual penis holds over masculine psychology. When it is applied to our natural environment, especially virgin environments that can be cheaply despoiled for their material resources and left dilapidated and diminished when our patriarchal approaches to economic gain have stolen their inherent worth, the extrapolation of the rape culture inherent in the conceptual penis becomes clear….

The whole paper of fake research is much like the above, with the key conclusion:

The conceptual penis presents significant problems for gender identity and reproductive identity within social and family dynamics, is exclusionary to disenfranchised communities based upon gender or reproductive identity, is an enduring source of abuse for women and other gender-marginalized groups and individuals, is the universal performative source of rape, and is the conceptual driver behind much of climate change.

The entire above paragraph is actually just one sentence, but the reader could be forgiven for not reading it through. Allow me to edit it down to at least a minimal level of comprehensibility (keeping in mind the authors were deliberately trying not to be understood):

The paper is pure gibberish, little different than simply stringing along a bunch of mathematical symbols and believing it to mean something. The researchers even used a well-known (in the right circles) piece of software to generate the “research.” Yes, this field is so ridiculous (despite the regularly growing departments on campus) that somebody actually wrote a research paper generator for it:

Keep that in mind: not only did they use a gibberish generator for the paper, they used it as a reference, not that anyone noticed—the experts in this field do not even know when they are being mocked! Other references in the paper were likewise questionable (to be generous):

Not only is the text ridiculous, so are the references. Most of our references are quotations from papers and figures in the field that barely make sense in the context of the text. Others were obtained by searching keywords and grabbing papers that sounded plausibly connected to words we cited. We read exactly zero of the sources we cited, by intention, as part of the hoax.

Of course, the researchers wrote it all under pseudonyms. They then sent it out to peer reviewed journals for publication. I really want to emphasize this: peer review is considered the gold standard of publication, even though time and again it’s been revealed as flawed at best and highly corrupt at worst. Mostly the corruption is by coordinating with the reviewers but in this case the researchers decided to have legitimate experts in the field legitimately review the paper. Why did they even hope that their hoax would possibly work?

That is, we assumed we could publish outright nonsense provided it looked the part and portrayed a moralizing attitude that comported with the editors’ moral convictions. Like any impostor, ours had to dress the part, though we made our disguise as ridiculous and caricatured as possible…

Identity politics and political correctness is destroying our campuses (and some would say, the country). The researchers are quite justified in wondering if these things are also destroying what we now inaccurately call “science.”

So, they wrote a gibberish paper with bogus references. That’s the easy part. Next, they sent their paper to journals, and did receive rejections—none of the rejections noted that the paper was pure hokum. But one journal suggested another which might be amenable:

We feel that your manuscript would be well-suited to our Cogent Series, a multidisciplinary, open journal platform for the rapid dissemination of peer-reviewed research across all disciplines.

Cogent sent it to reviewers:

We took them up on the transfer, and Cogent Social Sciences eventually accepted “The Conceptual Penis as a Social Construct.” The reviewers were amazingly encouraging, giving us very high marks in nearly every category. For example, one reviewer graded our thesis statement “sound” and praised it thusly, “It capturs [sic] the issue of hypermasculinity through a multi-dimensional and nonlinear process” (which we take to mean that it wanders aimlessly through many layers of jargon and nonsense). The other reviewer marked the thesis, along with the entire paper, “outstanding” in every applicable category.

So, a paper that is unarguably complete gibberish can pass the peer review process in this field. Granted the reviewers did have a few issues even with a paper they loved:

They didn’t accept the paper outright, however. Cogent Social Sciences’ Reviewer #2 offered us a few relatively easy fixes to make our paper “better.” We effortlessly completed them in about two hours, putting in a little more nonsense about “manspreading” (which we alleged to be a cause of climate change) and “dick-measuring contests.”

Now, the gentle reader might well believe that the journal is just a sham. Not true! Journals have their own accreditation system:

First, Cogent Social Sciences operates with the legitimizing imprimatur of Taylor and Francis, with which it is clearly closely partnered. Second, it’s held out as a high-quality open-access journal by the Directory of Open Access Journals (DOAJ), which is intended to be a reliable list of such journals. In fact, it carries several more affiliations with similar credentialing organizations…

Much as higher education has serious, grave problems with a bogus accreditation system, so too do journals, apparently. The researchers’ conclusion regarding the field of gender studies is valid:

”…there are significant reasons to believe that much of the problem lies within the very concept of any journal being a “rigorous academic journal in gender studies.”

I have two conclusions based on this wildly successful hoax:

The two authors set out to create a hoax paper, and succeeded brilliantly. Yes, it was done before nearly 20 years ago by Sokal, but that only serves to demonstrate nothing has changed. At this point, as I’ve told many friends, when it comes to “the latest scientific research,” you may as well flip a coin when it comes to deciding whether it’s true or not.

1)     In 1996, Alan Sokal, a Professor of Physics at NYU, published the bogus paper, “Transgressing the Boundaries: Towards a Transformative Hermeneutics of Quantum Gravity,” in the preeminent cultural studies journal Social Text which is in turn published by Duke University Press. The publication of this nonsense paper, in a prestigious journal with a strong postmodernist orientation, delivered a devastating blow to postmodernism’s intellectual legitimacy.