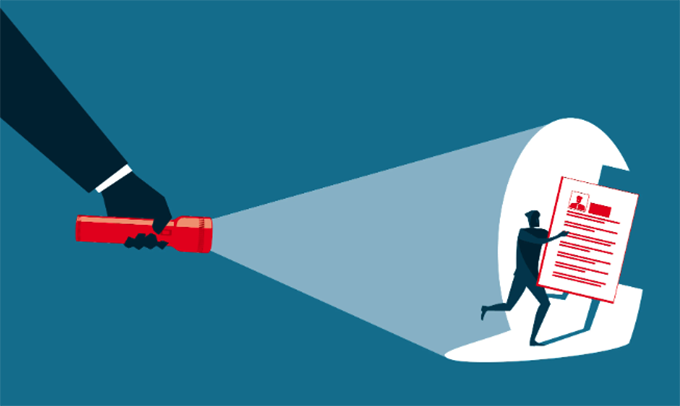 John Hughes’s novel The Dogs has been withdrawn from the longlist for the Miles Franklin Prize after an investigation by The Guardian identified numerous instances of plagiarism. Hughes’s lifting of passages from other books has sparked furious debate and literary detective work – mostly on Twitter – prompting questions about the nature of influences, literary pastiche and the attribution of sources in novels.

Hughes acknowledged he had unintentionally borrowed from the 2017 English translation of Nobel prize laureate Svetlana Alexievich’s The Unwomanly Face of War, after The Guardian applied document comparison software to both books, finding 58 similarities and some identical sentences.

Further investigations by academic Emmett Stinson and writer and critic Shannon Burns exposed the apparent copying of passages from books such as Anna Karenina, All Quiet on the Western Front, and The Great Gatsby.

This week, meanwhile, poet Lachlan Brown has posted a series of Google documents identifying similarities between phrases and passages in The Dogs and those in Eric Newby’s Love and War in the Apennines, W.B. Sebald’s The Emigrants, Amos Oz’s Judas, and Loren Eiseley’s The Invisible Island.

Australian National University academic Millicent Weber has also added to the growing list, highlighting similarities between phrases used by Hughes and phrases in work by five other writers including Saul Bellow and Nadezhda Mandel’shtam.

In response to the accusations of plagiarism, Hughes released two statements. In the first, he explained he had inadvertently incorporated passages typed up from Alexievich’s book into transcripts from his grandparent’s stories of surviving the second world war, which appear fictionalised in The Dogs. Hughes apologised to Alexievich and her translators “for using their words without acknowledgement”.

Last Thursday, however, after further revelations, Hughes released a second, longer statement, explaining why he was not a plagiarist. Rather than a mea culpa, he drew on arguments first proffered by the Romantic poets of the late 18th century about the impossibility of originality, and the importance of drawing on other writers’ work as part of the creative process.

“It is a rare writer who doesn’t use the work of other writers in their own work”, Hughes said. He went on to cite modernist poet T.S. Eliot, who wrote in his 1920 essay collection, The Sacred Wood:

Immature poets imitate; mature poets steal; bad poets deface what they take, and good poets make it into something better, or at least something different.

The Dogs is a novel, in part, says Hughes, about secondhand stories: fragmented, contradictory memories of war. It is a complex, multi-generational work, narrated by the protagonist, Michael Shamanov, a scriptwriter, and centring on his relationship with his elderly mother, Anna, who is slowly dying in a nursing home. Shifting between past and present, it traces the family’s traumatic history, exploring the tension between the need to remember and the desire to forget.

The controversy around this novel, which was previously shortlisted for the New South Wales and the Victorian Premiers’ Literary Awards, echoes recent Australian plagiarism scandals, raising difficult questions about publishing and creative processes. But this one, to say the least, is especially messy.

In his statement of defence (published before this latest material was posted on Twitter), Hughes contended he is “no thief”. He had “wanted the appropriated passages” – which, aside from those taken from Alexievich, he did not name – “to be seen and recognised as in a collage”.

This is a common line of argument in plagiarism scandals, frequently understood as the “cento defence”. A cento is a poem comprised entirely of lines written by other poets, an ancient form of collage dating back to Homer and Virgil

The success of this form is predicated on two key factors: the transformation of the “stolen” works into something new, interesting or valuable, and an explicit acknowledgement of the processes at work.

But if, as Hughes claims, The Dogs takes “ventriloquism as its theme”, intra-textually signalling to the reader that experimental games such as pastiche are at play, why did this not form part of the contextual discussions about the novel?

(Indeed Hughes’s publisher, Terri-ann White, said on Friday she felt “affronted” on learning, from his second statement, that he wanted the appropriated passages to be recognised as in a collage.)

Hughes is right: there is a legitimate tradition of bricolage and pastiche as artistic forms; but in doing so, even T.S. Eliot used extensive citations.

Terri-ann White, went on to say:

I have published many writers who use collage and bricolage and other approaches to weaving in other voices and materials to their own work. All of them have acknowledged their sources within the book, usually in a listing of precisely where these borrowings come from.

I should have pushed John Hughes harder on his lack of the standard mode of book acknowledgements where any credits to other writers (with permissions or otherwise) […] are held. I regret that now, as you might expect. To have provided a note in this book with attribution would have been the only way to treat it.

The freedoms of fiction do not absolve the author of the need to reference when lifting passages of work from others.

Australia has a long history of literary scandals. One recent plagiarism case involved Newcastle poet Andrew Slattery, whose prize-winning poem Ransom, published in 2013, was discovered to be comprised of the work of 50 other poets, such as Charles Simic and Robert Bly. Slattery used the “cento defence”, claiming this poem was part of a “cynical experiment.” He acknowledged, however, that it should “have included footnotes”.

In 2020, however, when poet Judith Beveridge was revealed by poetry sleuth Ira Lightman to have used phrases borrowed from other poets in a number of her poems, including Incense, At Dusk, and Making Perfume, her confession and swift apology ensured there was comparatively little outrage.

Interestingly, in his book of autobiographical essays The Idea of Home, Hughes describes an early (but abandoned) doctoral research project on Samuel Taylor Coleridge. An English poet and literary critic, Coleridge – one of the founders of the English Romantic movement – was one of literature’s most notorious plagiarists.

Hughes’s case is made particularly messy and unusual by the conflicting statements offered by the author: not only is The Dogs ostensibly an example of pastiche, as noted, but apparently also the result of untidy note-keeping, and an unintended side effect of how “influence […] plays such a crucial role in the creative process”.

As it continues to play out on Twitter, with yet more source texts being discovered, the scandal has focused attention on the responsibilities of the author, the complexities of writing fiction, and the ethics of creative practice.