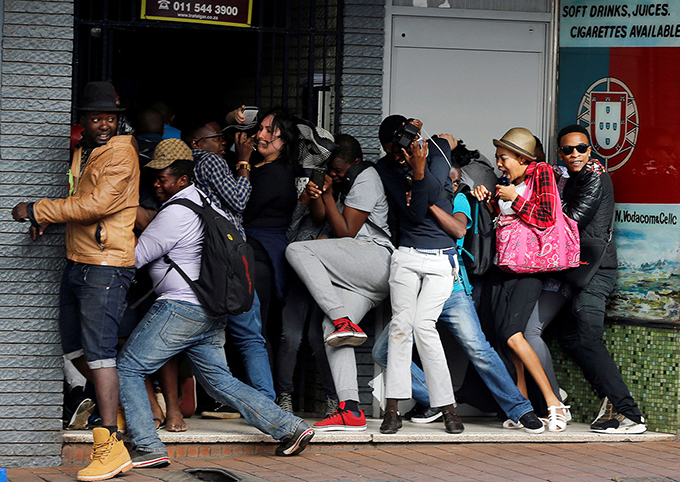 The idea that knowledge is infused with power and politics may sound abstract, so let me offer an example from my own life to illustrate. I was invited to a dinner proceeding a conference in an African capital city. I had expected to meet all the other speakers. But it turned out to be only for the chosen few. I could not help wondering how we’d been selected. White faces outnumbered black ones, men outnumbered women – at a conference to discuss African universities’ future role.

It was an interesting example of the power and politics of knowledge. These are factors I believe should be addressed to ensure African universities and higher education can play a more powerful role in transforming our world and empowering women.

The UN says its 2030 Agenda, which is made up of 17 sustainable development goals, is aimed at “transforming our world”. Quality education and lifelong learning, along with gender equality and empowerment of women, feature in many of the goals.

Universities have two main objectives: to educate students and to produce knowledge. They play a major role in procuring the human and intellectual resources needed for fulfilling the various goals of Agenda 2030.

Power and politics of knowledge

There have been institutions of learning in Africa for more than 1000 years. But today the most common type of higher education has its roots in colonial-era institutions.

Frantz Fanon, a Martinique-born Afro-French psychiatrist, philosopher and revolutionary, wrote about the colonisation of the mind some 50 years ago. He argued that colonised people tended to adopt their colonisers’ perspective. Independence in Africa did not really change this tendency, Fanon wrote.

African intellectuals have argued for many years that the continent’s universities and school systems in general reproduce(d) their colonial legacy. This happens, for instance, through curriculum and language. Benin’s Paulin Hountondji and Kenya’s Ali Mazrui are among those who have written about African scholars’ intellectual and epistemological dependency. Examples of this reliance can be seen in modern school books in parts of the continent.

It’s not for me as a European to judge whether Africa’s universities are still suffering from what Kenyan intellectual Ngũgĩ wa Thiong’o would call the colonisation of the mind.

However, I do know that knowledge production is never neutral. It is neither objective nor power free. African women’s narratives about their journeys in academia show how the power and politics of knowledge are intrinsically linked to gender. Race and history must also be considered. This means issues of colonialism, imperialism and dominance are never far away.

The narratives I have studied show that it is not always simple to determine who exercises power over whom and when. Zimbabwean researcher Bevlyn Sithole sees dominance in action when researchers take ownership over communities’ knowledge. She highlights the importance of co-producing knowledge:

Co-production of knowledge between scientists and communities is a prerequisite for research aiming at a more sustainable development path.

This returns us to the question of Agenda 2030.

How can academics produce knowledge of local relevance and include the perspectives and cultures of the people in question? How can knowledge be built that promotes sustainable development and appreciates culture’s contribution to it, as called for in Agenda 2030’s 17 Sustainable Development Goals?

The debate about Africanisation of curriculum and knowledge production also relates to the discussion about universities’ role as local drivers of sustainable development.

The so-called global knowledge economy has placed increasing demands on universities to internationalise and compete beyond national borders.

Can a university be locally relevant, focusing its teaching and research on local sustainable development needs and also be involved in global competition with an increasing emphasis on standardisation? Transnational capacity-building projects are one way universities try to address both local and global commitments. I have participated in capacity-building projects myself.

It has been argued, though, that capacity-building projects and other types transnational collaboration can lead to dependency. Agenda 2030 is likely to result in more such projects, because this is where funding can be found.

It is imperative to knowledge production that academics continue to collaborate. But it must happen in parallel with the decolonialisation of knowledge and methodology. The question is how it can be done.

The first step is to pay attention to the apparent universality of knowledge. I would warn against moving towards a complete Africanisation of curriculum and knowledge production. The dilemma is that this may entail an unproductive essentialisation of the “African”: for example, who the “African” is, where the “African” lives, and what the “African” can study. And what is “African” knowledge, and who can produce it?

Academic institutions and individual academics should try to contextualise knowledge and pay attention to the difference between universal knowledge and dominant knowledge. Yet we should also acknowledge that without ideas about universality, universal human experiences and human rights, Agenda 2030 would never be realised.

African education will not reach its transformative potential through the mindless transfer of knowledge, theories and methods from other parts of the world. This will reproduce dependency.

Instead, empowerment of women and sustainable development require that more contextualised knowledge be produced. The power and politics of knowledge must be analysed. It is necessary to differentiate between dominant knowledge and universal knowledge and, through this process, decolonise the African academy.

Tags: power and politics of knowledge