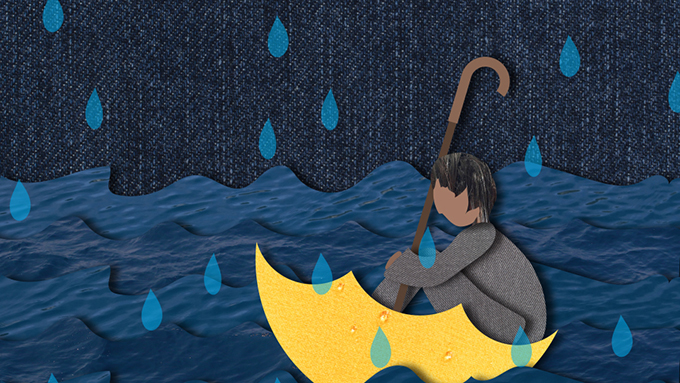 In November, 60 UK universities took part in eight days of industrial strike action, with thousands of staff walking out over disputes related to pensions, pay and working conditions. Another 14 days of action are scheduled for this month and next.

Casualisation of the university workforce was a key theme, with union members keen to stress not only that precarity is a pressing problem for the sector but also that the causes of precarity are inseparable from the other problems facing the academy.

From my non-striking university, I listened with interest, having just landed the longed-for permanent job a decade after completing my PhD. Compared with many of my colleagues, my experience of precarity was a privileged one; it may have been long, but I spent only two years in unstable, hourly paid jobs. Still, I received the news that my contract had been made permanent with great relief, and I looked forward to being able to stop worrying about what happens next year and to make plans for career development in one place.

So why, after the initial weekend of congratulations and celebrations, was I suddenly so tired? By the time I got to the end of term, I was practically on my knees. Shouldn’t I have been walking on air?

I was starting to think that precarity, far from being situational, was actually as much a state of mind as a state of employment, and that the former could long outlast the latter. So I decided to put out a call for conversations with people who had got permanent academic jobs after an extended period of casual or short-term work.

Louisa* (an asterisk denotes a pseudonym) agreed with my analysis. “I am half waiting to have the rug pulled out from under me,” she wrote. After two-and-a-half years of precarious employment – she classes herself as “relatively lucky” on this front, which says something about the state of our industry – she is now employed as a lecturer in sociology, but still feels that it is tempting fate to make long-term plans.

Katy*, a lecturer in history, echoes this sentiment, saying that “the academy is so degraded” that it is hard to trust in even the permanent job contract. This is not necessarily an unfounded worry, after the University of Sunderland and SOAS University of London became the latest UK institutions to make serious redundancies and cuts. In the modern university, no job can truly be said to be forever.

But even correspondents who felt that their post was fairly safe seemed on high alert, ready to have to start all over again. This can be an exhausting way to live, especially if you already feel burned out by years of precarity. Grace*, who worked for five years in short-term posts before landing a permanent job in English literature, found that “it took a lot longer and a lot more work to really approach [her work] feeling okay again”. Her mental health actually got worse for a while after securing her new job; when she simultaneously worked at institutions in three different cities, she did not have “the time or energy to process” the toll precarity was having on her body and mind.

Grace is just one of several correspondents who realised how much they had sacrificed in their quest to find a permanent job only after they had succeeded. Katy’s decision to delay having a longed-for second child until she had access to maternity leave made her acutely aware of how “literally my entire family’s personal lives” have been impacted by precarity. And Louisa feels that her need to “prioritise work over everything” damaged her relationship with her partner and friends.

Those relationships do not magically recover as soon as someone has found a job, especially if the new post takes them far away. Laura*, an associate professor in history, found it “hard psychologically to get involved in social activities” in yet another new city where she had no family or friendship network.

Another issue is that while you yourself may have a permanent job, many of your contemporaries may still be mired in precarity. This can have consequences for you, too, as Cath Fletcher discovered. Now a professor of history at Manchester Metropolitan University, she was precariously employed until 2015, and has been frustrated that people who she “thought might become long-term collaborators haven’t got permanent jobs” and have either left the academy or are prevented by funding restrictions from being equal partners in projects.

Then, of course, there is survivor’s guilt. The fact that so many people asked to speak to me anonymously partly reflects their concern about being seen as ungrateful. Grace felt guilty that she “wasn’t enjoying every minute of the job I finally had” when she still had friends struggling in precarity. That survivor’s guilt can be professional, too. It can be easy to panic that worthier people with better research than you have lost out, and that if you are not doing your best work all the time, you do not deserve your post.

I have settled well into my new department and feel valued by my colleagues and students. Still, years of uncertainty have left a mark on my work habits and expectations, too. The effects of precarity ripple outwards, affecting the shape of the academy at every level.

Author Bo: Rachel Moss is lecturer in history at the University of Northampton.