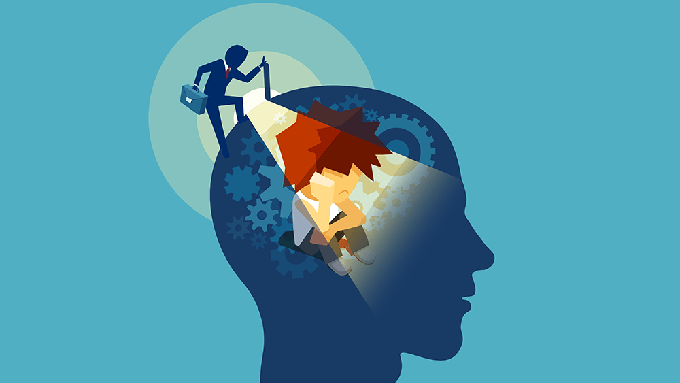 It’s well documented by many scholars that psychological warfare took place for a long time as part of the colonial conquest. The colonialists laboured to ensure that black people’s minds were colonised. And to this end, many theories were developed (by white psychologists) to prove the inferiority of the black mind.

One of the consequences of this is that, in colonial and post-colonial settings, psychology didn’t speak – or respond – to the lived realities of black people.

The writer and scholar Chabani Manganyi pays particular attention to this in relation to institutionalised racism in apartheid South Africa in his book, Being Black in the World.

As a result, the discipline of psychology cannot be divorced from its colonial history. The way it was taught, theorised and practised came as a “packaged” deal from both Europe and North America to be imposed on Africans.

In our study, we offer a critical analysis of what we call a colonial psychology. The question we ask is: How can we theorise about our lives using foreign theories that were developed elsewhere? This is particularly pertinent given that theories uphold Western ways of being, and position African knowledge systems as inferior and unable to capture accurately the colonial experience.

We conclude that theorising about African experiences is possible if we shift from Western-centred ways of knowing and move towards an Africa-centred psychology.

We argue that an education system that alienates people from themselves can never be useful in helping them understand and better their circumstances. For people to gain critical consciousness, they need to develop theories that are rooted in historical struggles. Black people continue to be oppressed and made to feel inferior through foreign knowledge systems and imported (psychology) theories. Nevertheless, they continue to reinvent themselves through resistance and by finding ways to negate the alienation they have been forced to internalise.

But the perpetual dominance of Euro-Western forms of being makes it difficult for alternative ways of knowing to come to the forefront. This can be fixed by developing a psychology that’s centred on African knowing, cosmology and worldview.

Many societies in Africa still draw heavily on their traditional beliefs and cultural heritage. Therefore it’s important to take these into consideration when psychology is taught and practised. This requires an approach to psychology that emphasises the importance of the collective and not the individual.

A psychology that highlights the importance of the spiritual aspect of people’s being is needed. African psychology offers this possibility. African psychology doesn’t pathologise. It doesn’t locate problems within the individual. Rather, it acknowledges the role played by context and external factors that have an impact on people’s overall well-being.

A number of aspects of African life need to be factored in.

For example, in Sesotho, the word for “life” is bophelo. Bophelo means both life and health. If people don’t have bophelo, it may mean they aren’t well and that there’s some imbalance in them, or it may mean they’re dead. Not having life (ho se be le bophelo) can be understood on a multidimensional level from a physical, psychological, spiritual and existential perspective.

Re-imagining and understanding psychology in this way would allow well-being to be looked at from a perspective in which the individual is understood in relation to others – the living, the yet to be born, and those who came before. This kind of psychology is one that affirms people’s being and acknowledges their complexities without imposing irrelevant labels, categories, and diagnoses of their behaviour.

This is also a psychology that can critically engage with psychological and social problems Black people encounter because of the oppressive history and the current structural challenges that bring out new forms of problems and perpetuate remnants of colonial legacies.

Recently, the American Psychiatric Association released an apology statement acknowledging the role psychiatry played in supporting structural racism. This may be a step in the right direction. But the discipline of psychology continues to privilege Euro-Western knowledge and being in the world at the expense of other forms of understanding the world.

It’s therefore critical that the discipline of psychology, specifically in higher education institutions, centre African intellectual traditions, African knowledge systems, and draw from African cosmologies in teaching, research and practice. This will go a long way in ensuring an education that is both relevant and in tune with African realities.

Author Bios: Puleng Segalo is a Professor of Psychology and Julia Simango is a Lecturer both at the University of South Africa