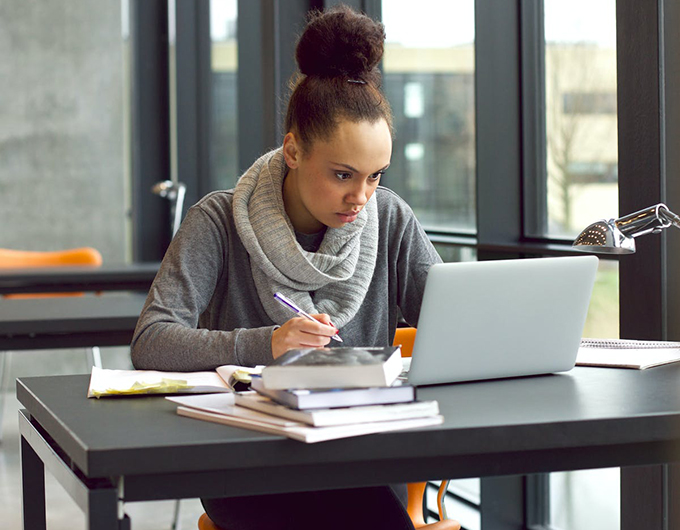 When I started my PhD, I was the only Black student at my induction. Although I had hoped I wouldn’t be alone, I wasn’t surprised. What did surprise me was the rapid realisation that I was the only Black doctoral student in the entire building. But once I started connecting with other Black PhD students, I came to understand how systemic this underrepresentation was – even at institutions in the UK’s most diverse cities.

I had known that Black students were far less likely than their white counterparts to be awarded a “good” undergraduate degree – even, in some cases, if they started university with higher entry grades and engaged more with their studies. I also knew that an “ethnic name” can make you far less likely to be invited for a job interview. Yet it hadn’t dawned on me how these discriminatory realities, compounded with many other educational and societal inequalities, would create an almost impenetrable barrier between Black students and access to a career in academia.

While Black students constitute nearly 6 per cent of undergraduate admissions, just 1.2 per cent of the nearly 20,000 funded PhD studentship awarded by the UK research councils between 2016 and 2018 went to Black or Black mixed students – and only 0.15 per cent – 30 studentships – to those from Black Caribbean backgrounds. This broken pipeline is the result of systemic failures. It seems inconceivable that the academy could seek to address the fact that only 1 per cent of UK professors are Black, or that there are “officially zero” Black academics in senior roles, without drastic introspection and reformation of the way it fails Black early career researchers.

Currently, PhD student stipends in the UK are barely above the national minimum wage. Given that most research-intensive universities are based in the most expensive cities, this can make embarking on a PhD seem financially impossible without additional family support. According to the Runnymede Trust, racial wealth inequality in the UK is stark: Black African households have just 10p in assets for every pound held by white households. Addressing the generosity of stipends is essential to repairing the pipeline.

Then there are the difficulties of finding a supervisor. Researchers typically expect a PhD applicant to meet the minimum academic requirements and have a strong interest in the subject and as much research experience as possible. Above all, supervisors want someone they can see themselves working closely with for the next three to four years. Only the first two of these is reasonably quantifiable, so your chance of acceptance is significantly dependent on a subjective assessment of your likelihood to fit in – in a world where a name sounding too “ethnic” immediately reduces your chances.

Moreover, although seemingly benign, the blanket prioritising of students with the most impressive research portfolio or most prestigious alma mater is also, in a way, racialised. In my subject of biochemistry, a student from a Russell Group university is more likely to have experience using high-level equipment and techniques than a student from a post-92 university, where such facilities are likely unavailable and where Black students are more likely to study in greater numbers – even when exceeding Russell Group universities’ entry requirements.

In a highly “marketised” sector, convincing universities to redesign the informal, convoluted and antiquated format of PhD recruitment can feel like a fool’s errand. However, some research-intensives have started to acknowledge that more must be done – albeit often due to pressure from campaign groups. The good news is that solutions don’t require months of “research” by an overpaid consulting firm.

Some universities have started offering PhD studentships specifically to students from Black, Asian and minority ethnic (BAME) backgrounds. This is a positive step, but universities need to both scale up these programmes and ensure they are targeting the most marginalised groups under the BAME umbrella. The awarding gap for Black students is nearly twice as wide as it is for Asian students, so while BAME studentships are useful to improve representation in general, specific interventions are needed to address the institutional disenfranchisement of Black students.

There is also a clear need to reform the application process. Anonymising not only applicants’ names but also their previous education institutions would go a long way. An inverse solution would be to create a system with built-in measures to account for these highly racialised factors when shortlisting and interviewing. This would involve standardising interview processes and training interviewers to understand the many racialised aspects of society and the academy, going beyond any “unconscious bias” training. This work could be funded by UK Research and Innovation.

The financial issues must be addressed, too. A higher stipend would attract more Black applicants but there is also the matter of what happens after your PhD. An academic career is largely sustained by your ability to repeatedly win external funding. Yet, according to UKRI, white researchers are 10 per cent more likely to win research council funding than ethnic minority researchers; the figure is likely worse for Black researchers.

The solution here is simple. The sector should guarantee initial funding for all Black PhD graduates who want to pursue a career in the academy. After all, we’re only talking about 1.2 per cent.

This affirmative-action-style approach might seem a little extreme to some. But I would argue that the decades of discrimination that brought us here are far more extreme.

Author Bio: Daniel Akinbosede is a Doctoral Tutor in Biochemistry at the University of Sussex.