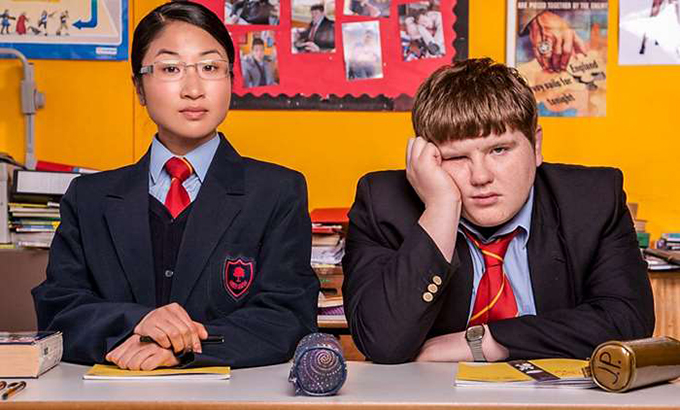 Grade repetition is regulated by law in most countries, with slight legislative variations between them. In essence, the aim is for low-achieving students to stay one more year in the course they have not passed. The measure seems reasonable and aseptic: if the student does not reach the required level, she will have to repeat it. Pure logic.

However, if analyzed in some detail, there are many nuances to that logic. The first of all: is the measure effective? Does repeating a year improve the school performance of repeaters? And on a personal level, does it help the growth and maturation of students? Let’s see what the available data says.

School repetition around the world

School repetition affects approximately one in ten students in the countries of the Organization for Economic Co-operation and Development (OECD). However, repetition rates vary greatly between countries.

In most, repetition is below 10%, even in many the measure is extraordinary, affecting less than 5% of students. In contrast, in other countries the repetition rate far exceeds the international average. Spain is within this last group.

Based on data from the Program for International Student Assessment (PISA–2018), it is estimated that almost 30% of Spanish students aged 15 have repeated . The same estimates indicate that the three Latin American members of the OECD also exceed the international average: Mexico: 15.0%; Chile: 23.2%; and Colombia: 40.2%.

The ‘culture of repetition’

Is it about decisions based on objective and rigorous criteria or is it rather a practice of a sociocultural nature?

The European Commission compared the laws on school repetition in the European Union, finding that the legal regulations are very similar. Therefore, differences in repetition rates between countries cannot be explained by legislative variability.

He concludes that these differences were due to what he called the culture of repetition . In countries with higher repetition rates, the belief prevails that repeating is fair and beneficial for students. Repetition is much more widespread in Mediterranean and Central European countries than in Nordic and Anglo-Saxon countries.

The influence of the educational system

It could be argued that countries with fewer repeaters have a better educational system and their students are more competent, so they repeat less.

However, the data indicate that if a country has many repeaters, this does not necessarily mean that the level of competence of its school population is lower.

Thus, the recent Save the Children report Repeat is not learning. Debunked Myths and Possible Alternatives to Inefficient and Inequitable Practice ( PDF ) pointed out that, although Spain shows a level of school competence similar to that of neighboring countries, Spanish students are more likely to repeat than most other European countries.

Therefore, if despite having similar school competencies, repetition rates are skyrocketing in some countries, as is the case in Spain, there is something that is favoring it beyond objective academic criteria.

And that something else would be the predominance of a culture of repetition, which would be well seen socially. The cultures most prone to repetition are not evil, nor do they seek to suffer or take revenge on students who do not reach a certain school level. They do it with all the good intentions, in order to improve the performance of the students and send them the message that not trying has consequences. But does repetition achieve these lofty goals?

What impact does school repetition have?

Societies in which school repetition is more widespread share the belief that repetition improves school performance and motivation. There is quite a bit of research on both of these questions, focusing on the cognitive and non-cognitive effects of repetition.

Cognitive effects refer to the improvements that repetition would produce in academic results. Although with nuances, the conclusions of this line of research indicate that repetition is less effective than teachers and society in general usually believe.

Some studies even point out that repeating has negative effects on school performance. The most recent results are not so drastic, finding that repeating does not show any significant educational effect, neither positive nor negative.

Many teachers and families see repetition as a wake-up call for students to make amends and assume the consequences of their lack of school involvement.

They consider that the measure encourages students, improves their self-confidence and academic motivation, helps to establish new personal relationships and, ultimately, increases student well-being at school.

These would be the so-called non-cognitive effects of repetition .

Do the data support these noble intentions? Educational research finds no clear evidence to confirm the above assumptions. Our recent study in Spain compared two groups, one of repeaters with the other of non-repeaters, finding that students who had repeated did not improve in non-cognitive variables such as self-concept and motivation.

A key cross-sectional variable that conditions educational functioning in general, and repetition is not an exception, is the socioeconomic level of the students . Various studies show that students with low socioeconomic status are three times more likely to repeat than those from an affluent background.

Are there realistic alternatives?

In view of the data and reasoning exposed, everything seems to indicate that repeating a year is not a very effective measure, neither to improve the educational aspects nor those related to the maturation and personal development of the students.

In addition, from a pragmatic point of view, it is a very costly measure for the public coffers, and it has, as if that were not enough, a clear equitable bias, since it affects students of low socioeconomic status much more.

Without trying to demonize grade repetition, since those who propose its massive use do so with the best of intentions, can anything better be done to help students?

Most countries are trying to find reasonable alternatives to repetition by focusing on:

All these measures, and others that can be added, will help reduce the rate of repetition in exceptional cases, with the consequent benefits for students, first of all, but also for schools, the education system and, by extension, for society in general.