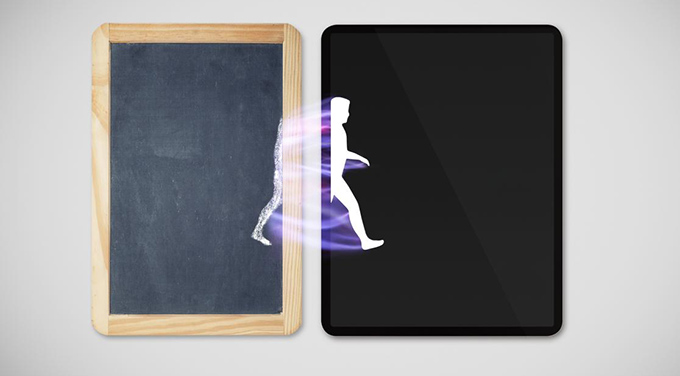 As consumers shifted their discretionary spending on electronics to price-competitive online offerings after the Great Recession, some analysts were predicting the demise of the well-known US electronics retailer Best Buy.

Enter CEO Hubert Joly in 2012. Joly quickly did away with undifferentiated, small-ticket items, such as DVDs and alarm clocks, that had zero chance of surviving Amazon’s pricing muscle. Instead, in-store merchandising was reserved for larger-ticket items, including washing machines, tumble dryers and refrigerators, that lent themselves to in-person shopping. Last, Joly gave the company’s Geek Squad franchise – which offers computer-related services – more prominence as a critical “last mile” service component – especially for installation – to set itself apart from Amazon.

In deciding which products to keep, which to move online and which ones to cut for good, Joly ensured that the strategy matched the channel.

In similar fashion, higher education leaders need to engage in an expansive audit of their entire suite of offerings, keeping only those that they believe will stand out from those of competitors. For each and every course, this means evaluating the most effective educational delivery format, along the spectrum of in-person to asynchronous online.

Covid or no Covid, too many higher education leaders simply take their entire course catalogue and throw it online, regardless of subject matter, student need, pedagogy or faculty expertise – thereby inadvertently doubling costs.

But this is just one of the lessons that the retail industry can give higher education leaders seeking a path forward amid the pandemic and the increased prominence of digital instruction.

The parallels between what is now unfolding in higher education and the retail sector’s travails over the past two decades are uncanny. Traditionally accessed via a brick-and-mortar channel, both industries share the fate of needing to drastically alter their value propositions in response to consumer behavioural shifts while contending with faster, more agile and technology-enabled competitors. These include not only those institutions, such as Western Governors University and Southern New Hampshire University, focusing on non-traditional students, but also platforms such as Udemy, edX and Coursera, which are making inroads with microcredentialling, and tech firms such as Amazon and Google taking employee training in-house.

Retailing has seen the widespread demise of single-brand shopfronts and department stores alike. Yet others have thrived, in large part through win-win collaborations, with each partner contributing what they do best. Take the store-within-a-store approach, whereby customers can, for instance, buy a Starbucks coffee while shopping at a Target superstore or browsing books at Barnes & Noble. Indeed, Best Buy followed suit under Joly, with Apple, Samsung and Sony receiving dedicated floor space to showcase their latest technologies.

These collaborations extend to the supply side as well, with Walmart, for example, exclusively licensing Peanuts – the brand behind the Snoopy characters – to help differentiate its apparel and toy offerings from those of its competitors.

Many universities continue offering the entire range of subjects, from English and philosophy to chemistry and business, often without a compelling competitive rationale for doing so. As financial constraints continue to put pressure on programmes, we anticipate that universities, like stores, will have to focus their attention and resources on what they can do best.

Having drastically reduced their menu of offerings, universities with complementary resources and capabilities will band together into alliances that can synergistically strengthen their individual offerings. For example, a world-class engineering school might partner with a world-class liberal arts institution to offer respective courses across institutions, rather than develop those programmes themselves.

This approach will unburden universities from unnecessary costs, but the ultimate beneficiary will be their students, who will be able to take classes and use services within the expanded ecosystem of partners.

Retail’s third lesson for universities is to pour less concrete. Those that do the opposite will only amplify their commitments to their fixed-cost infrastructure. Smart retailers now opt for short-term spaces to help evaluate new markets and/or products, build awareness and connect with customers while maintaining a cost base that is often 80 per cent lower than the traditional retail store.

But it is not true that all roads lead online. In 2017, Casper – originally an online-only seller of sleeping mattresses – tested its potential for brick-and-mortar retail through a series of pop-up stores strategically located across the US. Some retailers, including Casper, subsequently create permanent stores, others maintain the pop-up store approach to remain agile in responding to seasonality, product rotations and other demand fluctuations.

Some innovative higher education institutions, such as the University of Washington and the University of Arizona, have started taking this pop-up approach in the format of strategically placed micro-campuses. As learning becomes increasingly hybrid, especially for non-traditional students, universities can promote the flipped classroom approach with self-paced online modules while providing learners access to nearby micro-campuses for “check in” with faculty, facilitators and mentors.

By extension, a micro-campus can also host labs and hands-on trade applications, as well as other important services, such as career guidance and meet-ups with other students.

While the industry-wide shift to online learning represents a reaction to an immediate problem, higher education leaders would be well advised to give some serious thought now to what happens in the longer term.

A single, monolithic Amazon of higher education might never arrive, but the challenge from technology is already here. Those industries that have already had to contend with it should be studied carefully.