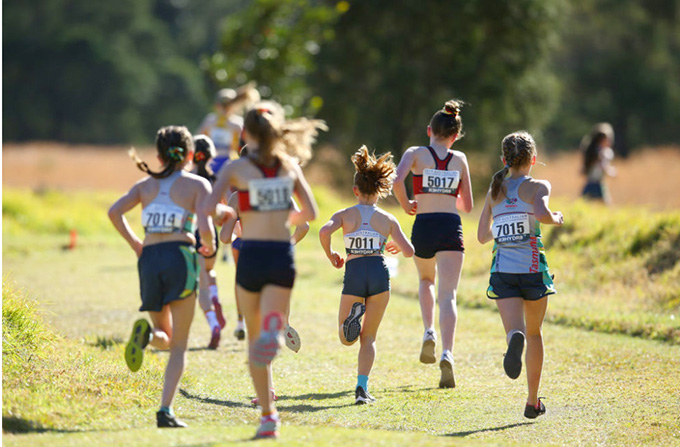 Cross-town sporting rivalry between the kids from the wealthy school and those from the country school – or the poorer suburbs – has been fodder for Hollywood movies such as Friday Night Lights, McFarland USA, Coach Carter, The Mighty Ducks and Hoosiers. We like to believe sport is the great leveller and privilege doesn’t matter once you enter the arena or sports field. Yet our study indicates this isn’t true. Educational advantage carries over into sporting participation and success.

This finding matters for reasons other than sport. Sport promotes physical activity, and the gaps in participation and success go some way towards explaining disparities in the health of students from advantaged and disadvantaged backgrounds.

Our findings suggest better funding and resourcing for government schools, particularly those in areas of low-socieconomic status (SES), could make a substantial difference to supporting healthy active lifestyles for all Australian students.

Australia's Physical Activity and Sedentary Behaviour Guidelines recommends at least 60 minutes of moderate to vigorous exercise per day for children aged 5-12 years. What community assets could you use to help your students live physically active lifestyles? #EDUC4750 #UoNTeach pic.twitter.com/nrfcqhdQAP

What was the focus of the study?

Our study looked at the sporting success of primary schools in Tasmania. Inequalities related to differences in school funding, infrastructure and academic outcomes have been studied. Yet sporting success had remained largely unexamined.

Of course, wealthier schools have advantages in terms of sporting infrastructure and equipment. And students from low-SES backgrounds are much less likely to undertake physical activity that requires indoor facilities, costly infrastructure or equipment, or access to water or snow.

Therefore, we looked at the least resource-intensive and highest-participation sporting event on the primary school calendar, the cross-country running carnival. In Tasmania all primary schools send their best runners to compete at their regional event, and potentially on to the state-wide competition. A school is placed on the combination of its three fastest runners’ finishing times in each age and sex division.

We had access to the results from the 55 government primary schools in the southern (greater Hobart) regional association, and 130 primary schools that took part in the state carnivals over ten years. We matched these data with each school’s population, educational advantage and geography.

What did the study find?

While there were some outliers in some years, overwhelmingly the study found the participation and success of schools depended on three factors: size, geographic region and educational advantage.

It makes sense that the larger schools did better than the smaller schools because they had more runners to choose from.

What we found concerning was, regardless of size, there was a direct correlation between a school’s relative educational advantage and its success in running carnivals. The richer they were, the faster they ran. This was true at both the regional and state carnivals.

The state-wide event also enabled us to look at each school’s success when compared to its geographic location. We found that geography, as well as educational advantage, determined participation rates. The more remote the school, the less often it sent runners to the state carnival.

What can be done about these disparities?

It’s deeply concerning that the socioeconomic status of schools has a direct impact on students’ success in cross-country running, and that the school’s location can determine their opportunities to participate. Previous research has found disadvantaged students and rural communities have poorer health than their wealthier and more urban peers.

Subsidising families’ sport-related costs or giving vouchers could help students from lower-income communities take part in sport, get coaching and increase their participation in events. Partnerships between schools and clubs could also help reduce physical activity inequalities and barriers such as transport, as well as promote lifelong connection to community sport.

Schools could consider increasing the formal and informal opportunities they offer their students to play sport and be physically active. Research shows attending a school with many sporting opportunities can reinforce positive attitudes to physical activity.

Low-SES students have poorer health as a result of lower rates of physical activity. School and community programs to promote active and healthy lifestyles in low-SES communities are essential. Examples of programs that could be extended to more schools include the national Sporting Schools program and Live Life Well @ School in New South Wales and Walk to School in Victoria.

Efforts to increase physical activity among students need to be backed up by education about the benefits. Students need to know how they can take ownership of maintaining their own health and well-being.

People with higher education are more likely to seek, understand and act on health information and services, including messages that promote physical activity. In other words, they have greater health literacy. Schools could consider programs focused on developing health literacy among their students.

HealthLit4Kids is one such program. It aims to halt negative intergenerational health behaviours by providing children with the tools to better understand their own health. It is operating in some Tasmanian schools and could be scaled up to benefit more students and their families.

Initiatives like these would help reduce some of the inequalities that have influenced the findings of this study.

Author Bios: Vaughan Cruickshank is Program Director – Health and Physical Education, Maths/Science, Faculty of Education, Jeffrey Thomas is a Lecturer in Behaviour Management and Kira Patterson is a Lecturer in Health Pedagogy all at the University of Tasmania