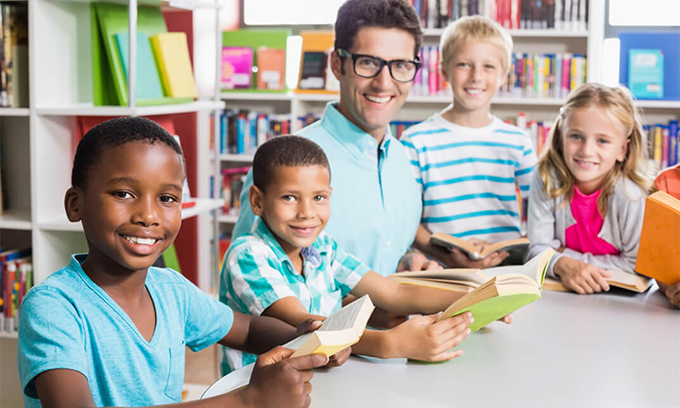 Demographic changes resulting from the increase in immigrant students have had an impact on the growth of linguistic diversity. Today, it is an essential feature of the education system.

This trend, in the Spanish context, has brought the need to increasingly offer Spanish as a second language: a real challenge for many educational centers.

The creation of the ‘special classrooms’

From the 1990s, the teaching of Spanish to immigrant students, as the vehicular language of the school, became a fundamental element. This involved the construction of culturally relevant learning environments , which began experimentally in Andalusia and gradually spread to the rest of Spain, given the continuity of migratory flows and the stable schooling of immigrant students of foreign origin .

Since the year 2000, all the Autonomous Communities have developed their own policy to meet the new needs. One of the star programs, especially implemented in secondary schools, have been the so-called “special classrooms for immigrants” or “temporary language adaptation classrooms” (also called special classrooms, intercultural dynamization, linguistic and cultural reception, etc.). Students who do not speak Spanish remain in them until they reach an adequate level for the transition to regular classes.

Criticism of this model

These “special” classrooms have been questioned . They consider themselves a device characterized by a “monolingual ideology” . They isolate students from their peer group and from content instruction other than language teaching, and often function with teachers with little or no training in teaching Spanish as a second language .

As in many European countries, source languages ​​are explicitly placed outside the curriculum and no value is attached to them in academic terms .

This leads us to ask ourselves what teachers think about the linguistic diversity present in the classroom.

The importance of what teachers think

Teacher beliefs are critical for at least three reasons:

Mother tongue in the classroom

Also especially important is the position of teachers on how much and how mother tongues should be maintained and used in the classroom .

When students’ home languages ​​are overlooked or viewed as unimportant or less valuable, teachers are adopting what is identified as a deficit approach to student skills.

On the contrary, the promotion of bilingualism by teachers has positive results for students of migrant origin.

The dominance of English

In Spain, teachers, and also families, tend to link bilingualism only with European languages ​​(predominantly English), while students’ own linguistic repertoires are perceived as problematic.

In the works cited above, we also discovered that teachers identify the linguistic diversity of migrant students as a problem for teaching. It is worth noting that, in general, the teaching staff is usually monolingual (Spanish speakers).

Linguistic ideologies are shared ideas about the role that language plays in the social world. In the case of teachers, they are inseparable from practices. Three basic ideologies about languages ​​can be identified :

In our latest study , we interviewed teachers from special classrooms and teachers from ordinary classrooms in Andalusia (Spain). The findings revealed that there are slight differences in the ideologies of these two types of professed.

In general, teachers’ beliefs towards bilingualism were relatively positive. In theory, special classroom teachers showed a greater appreciation for the bilingualism of students with an immigrant background and saw it as a challenge.

In contrast, teachers in ordinary classrooms showed a less positive orientation towards bilingualism, associating it with terms such as: difficulty, obstacle, conflict, more work, etc.

The recurring concern was that migrant students need to learn Spanish quickly. Therefore, monolingualism seemed to be their dominant ideology.

In addition, they advocated assimilationist linguistic ideologies that consider Spanish as the only indispensable tool for academic achievement.

The findings show a need for professional development for all teachers to move away from monolingualism and towards supporting multilingualism, which better reflects classroom realities.

Schools should implement policies that promote linguistic orientation as a right so that migrant students –or those with a mother tongue other than that of the school– can learn through their mother tongue and in which all students enjoy equal opportunities linguistics.

To ensure this orientation, both initial teacher training and continuing professional development should include training on the benefits of multilingualism.

This would give teachers more options to perceive students with a migrant background as “emerging bilinguals or multilinguals” . A crucial step to improve educational equity and meet the needs of all students.