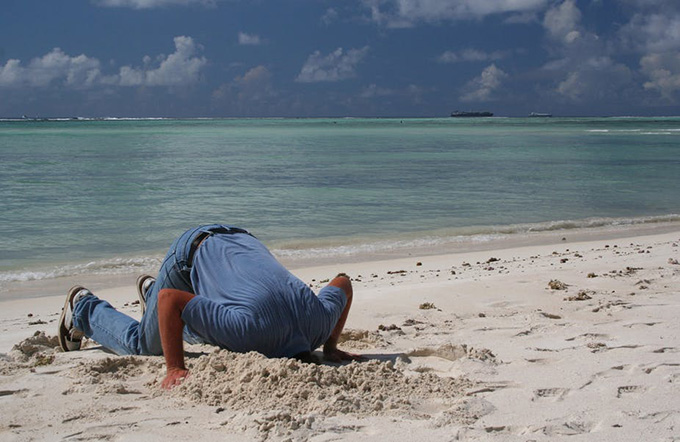 “If we cannot talk about sex, then we cannot talk about good sex,” proclaimed gynecologist Jennifer Gunter on a trailer for Jensplaining, her show on female reproductive health. Gunter is an example of a scientist using non-traditional platforms to communicate research.

So excited to share the first trailer for Jensplaining with everyone! Thanks @CBC @CBClife

You can watch on CBC Gem August 23 (Jen on Gem!) #Jensplaining pic.twitter.com/b46EhDmM27

The shift to online science communication from conventional news platforms has been going on for a while. There is a need for credible and accurate science reporting because the miscommunication of science in the media is causing lasting damage to the public’s understanding of science.

Misinformation has consequences, as seen during the ongoing COVID-19 pandemic. Ignoring public health advice to wear masks and physically distance has cost thousands of lives and livelihoods in countries such as the United States, Brazil and Russia. Yet, resources in science journalism are dwindling. Budget cuts have slashed the number of journalists in conventional news outlets; this often affects specialized reporters like science journalists.

We need to equip scientists with science journalism skills. At Concordia University, the Projected Futures science journalism summer school is training graduate science students on journalism in various media such print, TV and radio. In fall 2021, a minor in science journalism will be an option for science undergrads. The Concordia School of Graduate Studies has also initiated a Public Scholars program, where a cohort of 10 Concordia doctoral candidates each year is trained to communicate their research to the public.

This withdrawal of conventional news outlets from conducting science journalism and the increasing role of universities and scientists doing so introduce new challenges. Through Projected Futures, we conducted interviews and research to examine the future of science communication.

Because there are fewer science journalists in conventional news outlets, the public is less able to access the scientific information they need to make informed decisions. This is further exacerbated by the flaws of the existing academic publishing model.

Currently, scientists communicate their research via private publishing groups. Due to paywalls, this research is very hard to access by the taxpayers who fund that research. Meanwhile, research funded by industry is freely accessible to the public via the publication of patents

Open access is often discussed as a way to ease public access to scientific findings. However, some publishing groups lobby against possible open access government regulation.

But scientists are fighting back. Psychologist Tal Yarkoni, who has been an outspoken critic of the academic publishing model, and other researchers are boycotting journals that engage in this lobbying. In January 2019, the entire editorial board at Elsevier’s Journal of Infometrics resigned in protest of commercial control of scholarly work.

your periodic reminder that when you publish with Elsevier (and most other publishers), you no longer own your intellectual outputs–they do. https://t.co/lxpeAfRcSD

Academic institutions are joining the resistance against for-profit publishing models. In June 2020, the libraries of the Massachusetts Institute of Technology ended negotiations with the Elsevier publishing group as a result of a new policy making MIT’s research publicly accessible.

When it comes to communicating research, there is an inherent conflict of interest between scientists and the universities that employ them.

That’s not to say that universities have sinister intentions. Universities are heavily invested in enhancing their reputations, which is closely tied to their success in raising funds through student recruitment, government grants and philanthropic endowments.

Universities should equip scientists with the knowledge-translation skills necessary to communicate their own science critically and credibly. And an emphasis on science journalism skills and training can help academic communicators apply a critical eye to their work. This builds credibility and engages the public audience, moving away from the cycle of hyped scientific findings.

Universities should also find a way to engage students in scientific communication. For example, there should be funding for internships for communications students, where those hired can manage Twitter accounts and blogs for research labs, update websites and write research publications in a more compelling, accessible and critical way. Such internships would be a way to apply what these students learn in their science journalism training without further burdening already overworked scientists.

Universities and scientists must recognize the necessity of equipping the next generation with science journalism skills, and adapt their training and professional development accordingly.