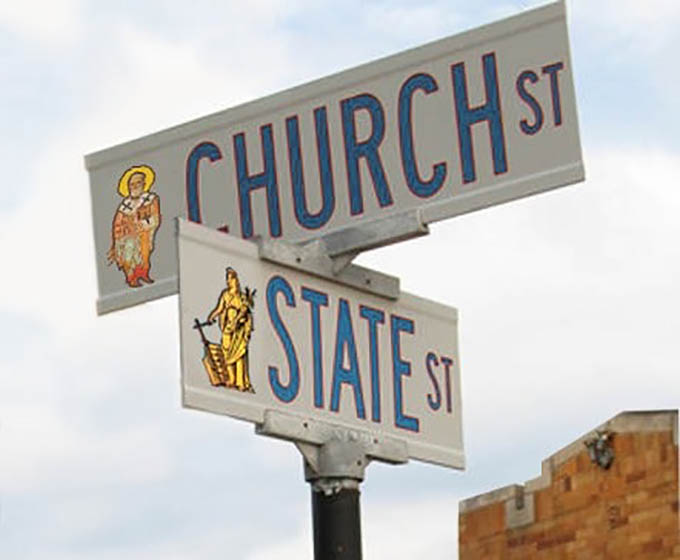 As after the Charlie Hebdo attacks , the assassination of Samuel Paty gave rise to its share of proposals to strengthen the teaching of secularism at school: the president of the “Republicans” group in the National Assembly, Damien Abad, in particular demanded the establishment of “courses on the values ​​of the Republic and secularism” , sanctioned by a compulsory test for the college certificate, as well as a “secularity test in the teaching competition”.

But what about children’s knowledge of this republican principle which guarantees the neutrality of the state and agents in matters of religious convictions?

A survey carried out in Bordeaux in spring 2017 shows that schoolchildren are far from being silent on secularism. Of the 160 CM1 and CM2 students who took part, 81% were able to answer at least part of the questionnaire, even though it had been agreed with the teachers that the concept would not be discussed in class before. investigation.

Contrary to what one might spontaneously assume, it was not the pupils from well-off and culturally homogeneous schools who obtained the best score: classes in schools with social and ethnic diversity were in the first place. of the podium, as if the diversity of the school environment provided resources for writing about secularism.

From a qualitative point of view, the pupils of the privileged school were more successful in formulating an expert definition of the concept, but those of the other schools provided more numerous, more concrete examples, and more anchored in personal experience.

Here we come back to an observation made by Annick Percheron, while she was interested in the political socialization of children from working-class and wealthy backgrounds: the latter were not behind the former because they had direct experience. political and social facts in their daily life.

A source of prohibitions rather than freedoms

If we look at the content attributed to secularism, it is striking to note that the young people surveyed see secularism more as a source of prohibitions than as a device which guarantees rights. “We don’t have the right” is the expression that comes up most often in their pen.

The vast majority of students apply to themselves, within the school framework and sometimes even throughout the public space, the imperative of neutrality. Ignoring, with some exceptions, the distinction made by the law of March 15, 2004 between discreet religious signs (authorized) and conspicuous signs (prohibited), they consider that secularism implies the absence of any religious accessory within the school premises. : “We are not allowed to show signs that could make people think that we have a religion. “

Regarding speech and words, respondents are unanimous in considering that all propaganda is to be banned (“For me, secularism is the prohibition to say that one’s religion is the best and that the others are zero”), but they are divided on the idea that one can converse, without proselytizing, of religion at school. A quarter of the students answer negatively, another quarter positively while the remaining half develop a fine casuistry based on:

It seems that, in their great majority, the pupils have integrated what Stéphanie Hennette-Vauchez and Vincent Valentin qualify as “new secularism” , which, since the beginning of the 2000s, seeks to extend the obligation of convictional neutrality to society as a whole and no longer just the state.

If some students associate secularism with a freedom, it is the freedom of conscience that is called upon, and not the freedom of expression: “For me, secularism, these of being able to believe or not to believe in a special god but of do not show it. “

Among the 59% of the students who answered the last question on the form which asked them to assess secularism, nearly 90% gave a positive or somewhat positive assessment, 8% a negative or rather negative assessment and 2% did not. have not expressed a value judgment. Membership is expressed through formulas that are often enthusiastic.

We can explain these results by the conformism of the children, who seek to affiliate themselves and not to make mistakes in relation to the preferences they have been able to identify in adults. Secularism being one of the key words of the school, they know that it is an item in which they can and must place their trust.

Half of the answers expressed are argued. Many consider that secularism makes it possible to reach out to those who are different (“thanks to that, we are friends”), and to preserve the equality and freedom of conscience of “the little ones”.

The students who have defined secularism as the absence of any trace of religion at school highlight its positive effects for civil peace, declining at the playground scale the arguments that circulate in the adult world to extol the merits of the invisibility of convictions  : “we don’t screw each other, we don’t say bad words and we don’t laugh at someone’s religion, I think that’s great. “

The strict conception of secularism seems to correspond to the child’s appetite for order , rules and reassuring frameworks. It should nevertheless be noted that for the minority which carried a negative appreciation, while demonstrating its loyalty, this neutralizing secularism is of little use: “I think that it does not serve much but I still respect its and I do not care. whether my friends are Jews or Catholics. “

The results of this exploratory survey suggest that at the end of elementary school, students, even when they have not had a specific course on secularism, have acquired representations of the concept, by confronting standards, and by impregnation of the words that it generates in their school environment, but undoubtedly also family and media.

Children appear particularly permeable to discourse which, since the beginning of the 2000s, has renegotiated the meaning of the word, no longer correlating it with freedom of expression in matters of faith, but with the framing of the visibility of the religious in the world. public space.

The idea of ​​reinforced and systematized training for pupils, but also for teachers, who are often forced to individually “tinker” with a discourse legitimizing what they think is prohibited at school, therefore seems relevant. It would make it possible to compare the representations resulting from the “new vocabularies of secularism” with the legal framework of a system that is more liberal and inclusive than it appears.

Author Bio: Charles Mercier is HDR lecturer in Contemporary History at the University of Bordeaux