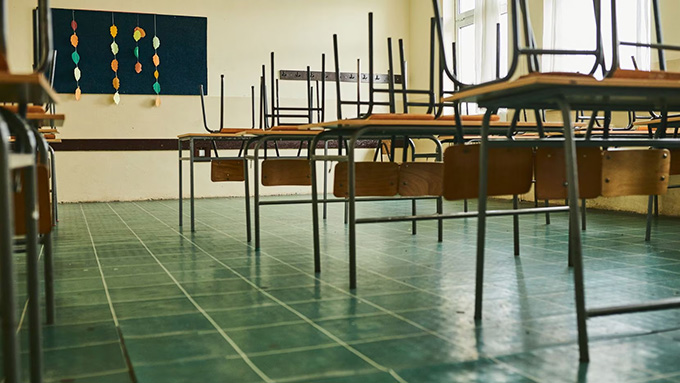 We examined the 3,525 teacher sanctions that took place in Texas from 2007 to 2017. We found that teachers are most frequently sanctioned for sexually related offenses, which accounted for 40% of all reported violations. For sexually related offenses, we include sexual harassment, inappropriate relationships with students and sexual misconduct, whether inside or outside of schools. Examples of sexual misconduct include possession of child pornography or public lewdness.

Drug violations, including possession or sale of controlled substances, providing alcohol to minors or being issued a DUI, accounted for 18.6% of all sanctions, making it the second most common reason for teacher sanctions in Texas.

When a teacher is sanctioned by the State Board for Educator Certification, there is an official record of their discipline case, and punishments can result in a written reprimand on their license, a suspension or permanent revocation of a teaching license. While the overall incidence of sanction is rare, we find patterns of race and gender within who is sanctioned and the types of behavior for which they are sanctioned.

Teachers are frequently in the news for various violations, which can create the impression that teacher misbehavior is widespread. Our study seeks to show just how frequently teachers are in trouble and the nature of those offenses. We also sought to better understand the demographics of teachers who were punished.

In Texas, educators are allowed to resign without penalty during the school year if they can show cause, like moving out of state, having changes to their family’s health circumstances, or military reassignment. Teachers are also allowed to resign between school years even if they are on a multiyear contract as long as it is 45 days prior to the start of school.

If the reasons behind teacher discipline is at all similar to those behind student discipline, then research suggests male teachers and teachers of color are most likely being sanctioned more due to bias. It can be challenging to document if male teachers and teachers of color are being sanctioned because they are engaging in more offenses, or if they are more likely to be reported for the offense. This is a question that we believe needs to be explored.