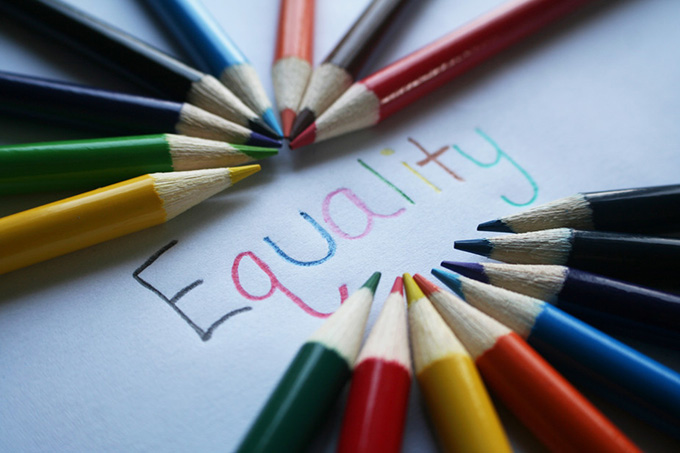 Sexual minorities – people who identify as, among others, lesbian, gay, bisexual, transgender, intersex and queer LGBTIQ+ – enjoy very few legal protection in Africa. In some countries, “homosexual acts” are criminalised and may even carry the death penalty. South Africa is the only country on the continent that has enshrined the rights of sexual minorities in its Constitution. But for many this doesn’t translate into genuine protection and support. The Conversation Africa’s Education Editor Natasha Joseph asked Dr Annamagriet de Wet how these rights can be realised.

People’s right to identify by any sexual orientation is enshrined in South African legislation. But you argue in your research that sexual equality isn’t something that can just be understood in terms of formal legal rules. What do you mean by that?

It’s important to understand that when we think and talk about equality only in terms of what the law says, we may be misled to believe sexual equality exists only because the law says so. People might even feel there’s nothing more to do than merely to acknowledge sexuality rights.

As a result, we risk overlooking the complexities that shape the experiences of oppressed groups such as sexual minorities. We might ignore the entrenched heteronormativity – the idea that only heterosexual orientation is normal or natural, and that people should only have sex if they are from opposite sexes and genders – heterosexism, stereotypes and biases that may lead to discrimination on the basis of sexuality. And, crucially, we might overlook our own responsibilities as individuals to promote sexual equality.

My colleagues and I have conducted a range of research on these issues. One part of it focused on student teachers. The findings suggest that knowing about sexual minorities’ legal rights and knowing one shouldn’t discriminate on the basis of sexuality doesn’t always translate into changed attitudes and behaviour.

The student teachers we worked with know there are laws protecting the rights of all, including sexual minorities. Yet, many hold views that only heterosexuality is normal. Some even expressed homophobic attitudes and biases. So they recognise sexual minorities’ rights – but aren’t keen that these sexualities should be expressed in school settings.

These sorts of biases and negative attitudes may lead to discriminatory behaviour when the students finish university and start working as teachers.

It’s wonderful that the rights of persons of all sexualities are legally protected. It’s great that future teachers know about these rights. But it’s not enough. Sexual equality shouldn’t be mere letters and words in laws.

Rather, people must understand sexual equality as a lived reality we all need to strive towards in attitudes, words, behaviour, practices – and in schools and other spaces. Sexual equality means that no one is humiliated, punished, marginalised, objectified, devalued, excluded or oppressed in any other way because of their sexual orientation.

Schools are obviously valuable spaces for learning and talking about equality. Do you think this is happening enough?

The way in which people talk about sexuality and what they say is more important than how much or often it’s talked about.

Research by educationist Professor Dennis Francis, for example, has focused on how sexuality issues are addressed by teachers and in the curriculum. He found that teachers are generally unprepared, unwilling or uncertain when it comes to talking about sexuality and sexual equality in a meaningful, transformative way.

Even teachers who are willing and able to talk about sexual equality, and to promote it, are scared to touch on the issue. This is because they are policed in the heteronormative cultures of their schools and communities.

Teachers need support and education that will enable them to become change agents. Sexual difference and diversity must be normalised through the ways it’s spoken about at schools and universities. Schools should allow for the expression of these differences and for discussions about how to protect everyone’s rights.

Schools should use and encourage language that won’t perpetuate heteronormativity and inequality. Teachers should talk about sexual equality with learners and parents. They should do it more – but more importantly they should do it right.

What needs to shift for all that you’re describing to happen?

Language is important, and looking at research done in the field it becomes clear that language needs to shift.

Often people use words and phrases that cast gay, lesbian, bisexual, queer and other sexualities as abnormal, unnatural, not valid, sinful or some other negative representation. Such language perpetuates inequality. Equality requires language that equalises and normalises difference and diversity in terms of sexual orientation.

Beliefs, assumptions, values and attitudes lie behind discriminatory language. Often we don’t recognise that these attitudes are discriminatory. We might believe that our negativity about non-heterosexual sexualities is just natural or normal. Teachers, for instance, might dismiss the idea that they’re actually discriminating against or oppressing their peers or learners.

These attitudes also need to shift.

Reflecting on our own patterns of thought, and educating ourselves about sexuality, sexual orientation and gender might also take us along the route toward greater equality for all sexualities.