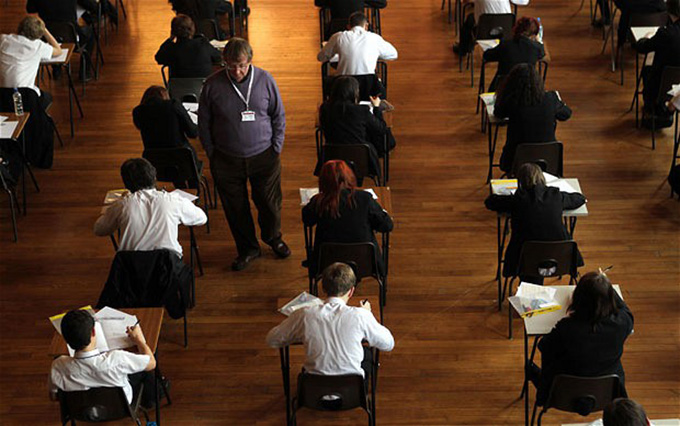 Most students looking to start university in September have applied to their chosen universities by now. Some may have even received and already accepted unconditional offers. Students are increasingly likely to be offered an unconditional offer for a place on an undergraduate course, before they have completed their qualifications at school or college.

The number of unconditional offers made to 18-year-old students from England, Northern Ireland and Wales has risen massively over the past five years – from 2,985 in 2013 to 67,915 in 2018. Last year, 7.1% of offers made to these students were unconditional, continuing the recent trend of annual increases.

It’s perhaps not surprising then that a recent report from the Universities and Colleges Union suggests reforming the university admissions system for undergraduates in England, Wales and Northern Ireland.

Under the current system, potential students usually apply for degree courses during the year before they sit their A-level exams. Schools provide universities with predicted grades and these can then be taken into account to determine whether to offer a university place to an applicant. Students are then given offers that in most cases are conditional on attaining certain grades at A-level – though increasingly students are also being offered unconditional offers.

The report highlights the increased trend towards unconditional offers – which it suggests distort students’ decision making processes and removes transparency. It also says it is unhelpful for school teachers who deal with A-level students – many of whom have little motivation to work hard once they have accepted an unconditional offer. Arguably, the growth in unconditional offers is a symptom, and not a cause, of dysfunction in the current system.

Instead, the report advocates a move towards a system whereby applicants would not be offered a place on an undergraduate course until they have completed whatever qualification they need to join the course.

It also outlines measures to ensure students embark on their A-levels better prepared for the transition to university than they are at present. This could see school students focus on the university application process in the years leading up to their A-levels. Students would also receive detailed guidance about higher education options as early as year ten of secondary school, two years before they normally start on their university applications.

For this to work, the report says that A-level exams and the release of A-level results would need to be brought forward a few weeks. At the moment, exam results are released, prompting a frenetic period, known as clearing. This is when students who have done better or worse than their predicted grades battle it out to secure a place at a university.

As someone who works in university admissions, the proposed time frame of the new system seems problematic. Rather than placing the 12% of applicants who apply through clearing during the weeks between results day and the start of the university term, all applicants would need to be dealt with during that short period. This is a daunting prospect for many university managers.

It also introduces a challenge because, at present, universities are able to gauge the likely number of applicants for a course once students start to apply. This is often up to a year before they take their A-levels. So this would mean universities wouldn’t know very far in advance how many students were actually interested in attending a course (although the report does outline a process whereby potential students could express an interest before their A-level exams).

How other countries do it

It is also worth noting the context for the report. The authors have surveyed university admissions systems around the world and suggested that England, Wales and Northern Ireland are unusual in having a large, complex and highly developed university sector which is dependent on a “pre-qualification” admission.

So this move would bring English universities, which operate in an international market, more closely in line with those elsewhere in the world. It would probably also make it more straightforward for international students to apply to UK universities. This, the report argues, would lead to better prepared applicants who would in turn become more satisfied and engaged students. 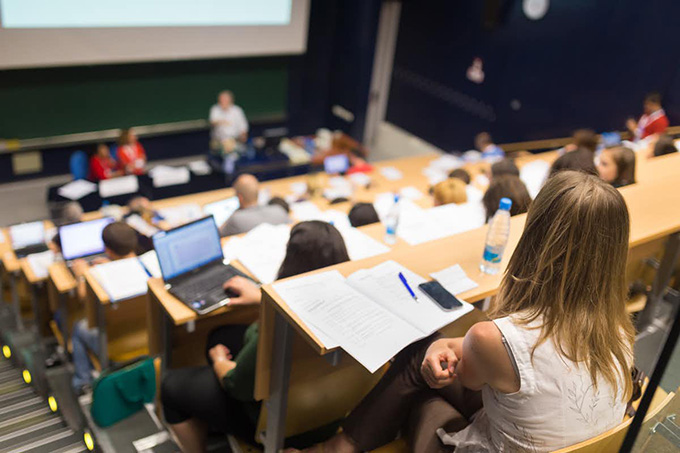 It can be a big transition, going from school to university. Shutterstock

All in all, it would be a massive shift in how admissions are handled, affecting schools, universities, agents who recruit overseas students, and many others. It’s unlikely that these proposals, detailed as they are, would be adopted exactly as they stand, but the report has established the principle that the current system should be open to review and redesign.

From a university viewpoint, the argument about students being ready to move on from school is very powerful. Any change to admissions will have a better chance of success if it can result in better prepared applicants who stand to become more satisfied students.

Research into the transition from school to university and the first year experience, shows that students need to develop new techniques and new perspectives on knowledge, to enable them to learn more independently and in more depth than they did at school. So changing the admissions process would be a great way to help students cross that threshold. It would also help to ensure more students stay on at university and have a positive learning experience.

Author Bio: Martin Rich is a Senior Lecturer in the Cass Business School, City at the University of London