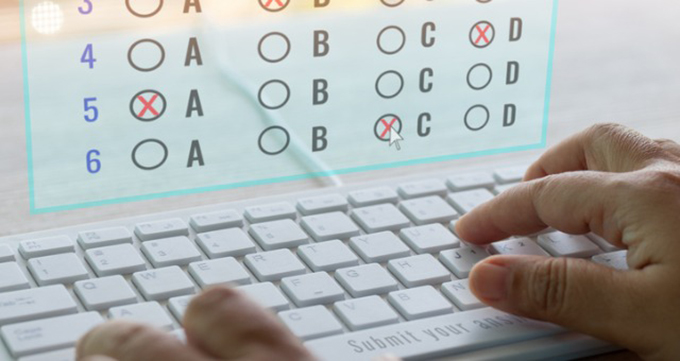 Much ink has been spilt of late on the evils of essay mills. Several countries have already outlawed them, and former universities minister Chris Skidmore recently introduced a bill in the UK Parliament to do the same.

Although students do submit ghostwritten essays as coursework, the time delay between ordering the essay and receiving it makes it virtually impossible to use essay mills to cheat on exams.

This is confirmed by my recent casework as a lawyer who defends students. In particular, the humble Snapchat, so popular among the student body, appears to pose a grave threat to the integrity of online exams.

For the uninitiated, Snapchat is a smartphone app that allows users to send pictures and messages that, after a few seconds, disappear. Unlike essay mills, cheating by Snapchat is free, instantaneous, leaves few traces and is done between friends. The chances of detection are low.

Low, that is, if students take care not to copy each other too faithfully. Rachel (not her real name) was a client of mine who was accused of collusion. During a home exam, one of her friends, who was sitting the same exam, sent her a Snapchat message: “I desperately need your help! What did you get for question 5?” Wishing to be helpful, Rachel snapchatted back her answer. Her friend copied it word for word, including the errors. Both students were caught and the university started disciplinary proceedings.

In consultation, Rachel was devastated. She gained no advantage from her ill-judged action, undertaken in the heat of the moment to help a friend, but she finds herself at risk of a severe sanction.

This is no valid defence of the wrongdoing, but it is such a common observation among the students I see that there must be some truth in it. And if universities are truly concerned about academic integrity, as they should be, they must divert more resources to investigating how widespread “smartphone” collusion is – and to coming up with ways to reduce it.

Students could be better educated about the wrongs of cheating and perhaps made to promise solemnly not to cheat in exams, but it would be naive to think that such US-style “honour codes” would resolve the problem on their own.

The format of online exams could play a role: significant time pressure would reduce the ease of collusion. Setting different students the same exam questions but in different orders could also complicate the life of the cheaters as the lack of corresponding numbers means it would take longer to identify which questions the other person is referring to.

Proctoring software that monitors the students’ environment, making it harder for them to gather together and use their phones during the exam, would probably dissuade some students from colluding, too. Yet even the most sophisticated proctoring software can be beaten. For example, a mobile phone can be placed outside the view of the proctoring camera but within sight of the student, allowing another person to send cheat notes during the exam.

Post-Covid, many observers expect the digital realm to continue to play a significant role in higher education given its convenience and pedagogical advantages for some learners. But unless the apparently pervasive and normalised phenomenon of smartphone collusion can be rooted out, the viability of carrying out fair exams online is doubtful. Who will trust grades obtained via this route?

Until anti-cheating technology improves, the exam hall method maintains a distinct advantage in terms of protecting academic integrity. Under the prying eyes of roaming invigilators, other students and even CCTV, cheating in an exam hall is harder and riskier. Many students prepared to snapchat in a home assessment would not dare to do so in exam conditions. This is an important consideration in determining which assessment methods to use in the future.

Author Bio: Daniel Sokol is a former university lecturer and barrister. He is the founder of Alpha Academic Appeals.