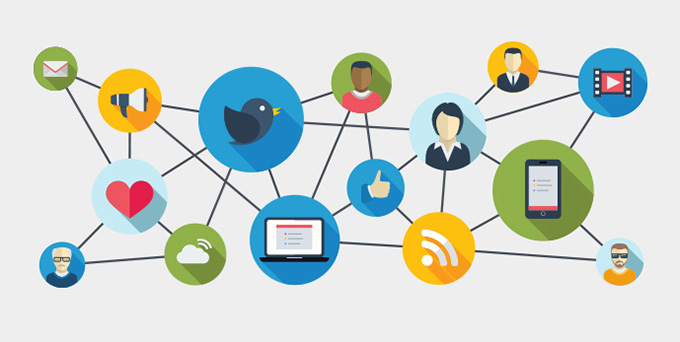 Social networks arrived in Spain at a time of professional maturity for many teachers at the beginning of the 2010s: confidence in the transformative capacity of technology as well as a significant growth phase in educational investment seemed to suggest a promising future for social networks. information and communication technologies at school.

In this sense, it is interesting to see the confluence in Spain of three factors around the year 2009: the appearance of the School 2.0 Program , the arrival of Twitter in Spanish and the rise of research on social networks and teachers , as observed in the following graph: 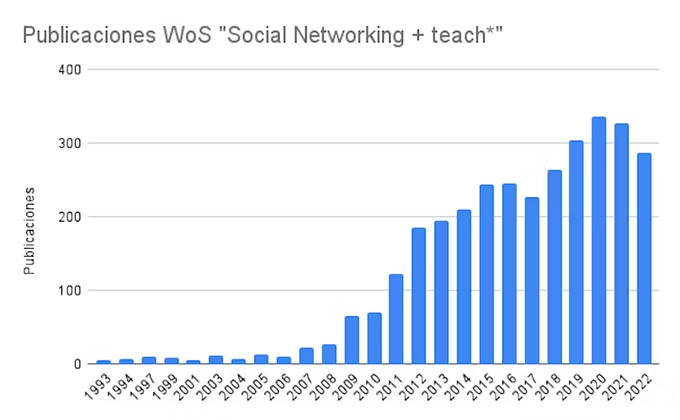 Publications WoS Social Networking teach. Own elaboration based on data from Web of Science

From blogs to threads

Thus, from 2009 onwards, an important part of the educational discourse generated by teachers is transferred to social networks to the detriment of educational or scientific outreach magazines, which until then were the main speakers for debate and innovative educational proposals.

Moreover, although at the beginning of the 2010s the educational discourse had the support of websites and blogs, gradually the discourse began to be created and disseminated directly on social networks, either through Twitter “threads”, messages on the walls of Facebook, memes and images on Instagram and even TikTok videos in recent years.

This process of digitization of educational discourse is parallel to the incursion of social networks into the life of the population in Spain: 93% of the population considers themselves an Internet user and 85% of these Internet users are users of social networks, with a significant presence of WhatsApp, Facebook, and Instragram, followed by YouTube, Twitter and, with strong growth, TikTok. Teachers, therefore, are not oblivious to these new communication practices.

Uses of networks in education

We can detect different uses of social networks by teachers in relation to the educational debate. Specifically, we can distinguish four profiles of teachers’ communicative practices in social networks: reading, narration, argumentation and “bridging”.

In this sense, these four collaborative keys of the “bridge teachers” were reinforced, throughout the 2009-2019 decade and until the appearance of COVID-19, with the holding of meetings that guaranteed the principle of proximity.

These meetings were organized horizontally by structures such as Aulablog , Novadors or EABE and allowed these teachers to carry out in person the conversations they generated through social networks.

In other words, in a certain sense, these groups and meetings functioned as decentralized (social) networks to support “bridge teachers” who came together to seek advice, resolve concerns and design common projects.

In the same way, the public Administration uses the institutional structure to promote objectives similar to decentralized networks with institutional networks, such as the Xarxa de Competències of the Department of Education of the Generalitat de Catalunya.

However, social networks by themselves are not enough for the educational transformation generated by “bridge teachers”: we need a more local network of contacts, more focused on the debate that generates change projects and that is based on trust and Respect for fellow teachers with whom we interact.

If this is not the case, social networks become only mirrors of our egos and our problems, and not bridges for the collective improvement of education.

Author Bio: Fernando Trujillo Saez is a University Professor at the Faculty of Education, Economics and Technology of Ceuta at the University of Granada