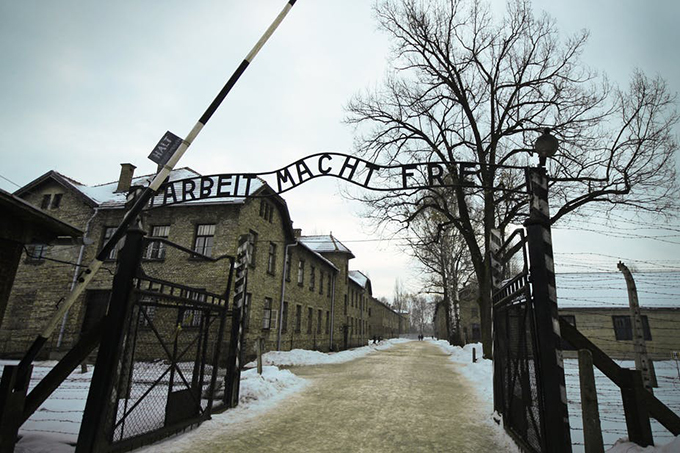 It has been more than 70 years since the Nazi-occupied Auschwitz concentration camp was liberated. Auschwitz was the most notorious of all the concentration camps – where it is believed that more than a million people were systematically exterminated via state systems of execution and torture.

Concentration camps were central to the Nazi ideology and victims were mostly Jews, Gypsies, black people, gay people and people with intellectual disabilities.

But while most people have heard of the major concentration camps – Auschwitz, Buchenwald, Dachau, and Treblinka – these were not the only places Jews and other prisoners were held. Each of the 23 main camps had sub-camps – there were nearly 900 of them in total.

The horrors of Auschwitz and World War II led Western scholars and governments to become increasingly sensitive to the need to educate society about the dangers of exclusionary institutional structures and genocidal social policies. Which is why schools throughout Europe and beyond teach students about the Holocaust – and the associated moral and ethical issues.

The importance of Holocaust commemoration has also helped to create symbolic places and memorials – such as the Museum of the History of Polish Jews. This museum has an educational training centre with facilities to enrich the studies on the Holocaust. Other sites include the Jewish Museum in Prague and the Museum of Jewish Heritage in New York.

Young people today are growing up at a time when support for right-wing politics is on the rise across Europe. With unemployment rife and the prospects of owning a home diminishing, right-wing groups offer an alternative way for disengaged young people to see the world. This is evidenced by a surge of numbers and support for far-right parties groups across Europe – including France, Sweden, The Netherlands and Austria.

In these countries, outsider parties have had large increases in support for their populist and controversial political campaigns. And while most of these parties have not achieved a full grip on power, it is a cause for concern that radical right-ring candidates are getting votes and being taken seriously.

This is increasingly worrying given that direct intolerance of others is being advocated by powerful world leaders. Since Donald Trump’s victory in the 2016 US presidential election, he has caused tensions among ethnic minority groups in the US and beyond.

Parallels between this growth of far-right parties can be seen in our recent history. And the political unrest, inequalities, lack of employment opportunities and fragmented societies – the sort of conditions that helped the Nazis get into power all those years ago – are alarmingly similar to the current situation in Europe.

It is therefore timely and important that young people continue to develop an understanding of the consequences of these ideologies and develop a moral compass. One way this can be done is by taking students to these historical sites and memorials to gain a full insight as to what it was like live through horrific events such as the Holocaust.

Our ongoing research suggests that by visiting emotional sites such as Auschwitz, it may help students to become more morally and socially aware of the consequences of exclusionary policies. And that it also helps to foster a sense of responsibility among young people – and assist in the development of their emotional and interpersonal life skills.

This is vitally important, because we have found that some university educated students have a real lack of knowledge and understanding of the Holocaust – and recent political events – despite having this information at their fingertips.

Educating for the future

In this way then, universities and schools have an obligation to educate and develop the moral and social awareness of young people. And there is a real need to preserve Holocaust sites such as Auschwitz for future generations to learn from.

Young people today are the future leaders of the world tomorrow – so it is vital that we ensure these atrocities of the Holocaust are not repeated. Especially given the diminishing numbers of survivors able to “tell their story”.

This is why young people need to be exposed to these historical events. And now is the time to promote tolerance and an understanding of others. Because otherwise, how else can they truly understand the potentially dire consequences of exclusion, division and lack of tolerance of others.