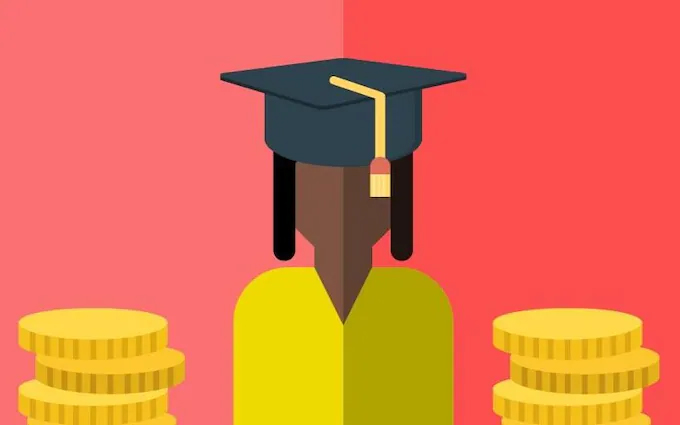 The UK government has announced plans to change the system of student loans in England, which will increase the amount of repayments collected from future graduates.

In 2017, the Institute for Fiscal Studies expected only 55% of the government’s up-front spending on fees and maintenance loans to be repaid, with the rest to be contributed by taxpayers. This expected taxpayer contribution has since got even bigger.

The changes are intended to make it affordable for the government to maintain the current system in which students do not have to pay their fees up front and each student is eligible for a loan to cover part of their living costs.

But a time-limited “graduate tax”-style policy could achieve this same outcome while better addressing the preferences and concerns of students, causing less harm to lower and middle-income earning graduates, and enabling the language of “debt” and “loans” to be removed from the system.

The student loan system is complicated and poorly understood, even among current students who have signed up to it. Students leave university in debt: the average debt for those who finished their degree in 2020 in England was £45,000.

The exact amount depends on how many years of tuition fees were paid for them, and how much money they borrowed to live on. Those from lower-income households are allowed – and often need – to borrow more. This means they graduate with more debt.

This debt can continue to increase as interest is added to the outstanding balance each year. But repayments are dependent on income. Currently, graduates with earnings below £27,295 are not expected to make any repayments. Those with higher earnings are required to pay a fixed proportion – 9% – of their earnings above that threshold. This means that repayment amounts are linked to salary, in a similar way to how income tax is calculated. Graduates’ outstanding debts are currently written off after 30 years.

The government intends to lower the earning threshold for repayments to £25,000, extend the period of loan repayment to 40 years, and reduce the maximum interest rate on student loans for new students starting in the 2023-24 academic year.

Students starting in autumn 2022, current students and those who have already graduated will not be subject to these changes, but are likely to face higher payments in future, due to another change in the way the repayment threshold will be updated over time.

What do students want?

Back in 2018, when the government first launched the review of post-18 education and funding that has resulted in these changes, my colleagues and I at the University of Essex surveyed more than 600 final-year students. We aimed to inform the review by collecting evidence on students’ understanding of the system, and what trade-offs they would be willing to accept if the system were to change in a way that did not alter taxpayer contributions.

In our calculations, we kept the overall taxpayer contribution the same, but presented options which provided more or less support for living costs, or required higher or lower repayments for different groups of students and graduates. We can use this research to look at how well the government’s new changes match with student preferences.

The first proposed change is the lowering of the repayment threshold. This means that future graduates earning between £25,000 and £27,295 will in future make some student loan repayments. Currently they pay nothing.

Our research shows this change would be very unwelcome to students. They would be prepared to accept a higher total debt and higher total repayments in return for a higher repayment threshold that would protect disposable income when their earnings are low.

The second major change is that future graduates will wait 40 years before their outstanding debt is written off. The proposed change will have no impact on high earners who will complete repayments within 30 years, nor on very low earners who will still be on salaries below the repayment threshold in 30 years’ time. However, it will increase repayments for low and middle income-earners, who will have salaries above the repayment threshold in 30 years’ time.

The final major change is that the maximum interest rate on student loans will be set at the rate of Retail Price Index inflation (rather than inflation + 3%). This means that debts can no longer get bigger in real terms after graduation. Our research shows this change will be welcome for students, for whom the psychological burden of growing debt is important.

But it will only reduce the actual amount repaid among relatively high-earning graduates, who in any case would complete their repayments before the debt is written off. It will make no practical difference to low and middle-income earners who will pay the same amount in real terms for 40 years.

In sum, the changes mean the highest earners will contribute less and middle and lower earners all contribute more – in total and sooner after they graduate.

In our 2018 conclusions we proposed a plan that could collect the same amount of money but align much better with students’ preferences. We called it a “time-limited and income-linked graduate contribution”. It involved all graduates paying a fixed percentage of their income above a threshold (which would be set higher, in real terms, than today’s) for a fixed period of time. This would reduce the repayment burden of lower earners, and raise it among higher earners.

This system would look a lot like a “graduate tax”, which the 2018 review was not allowed to recommend.

A formal switch to a graduate tax would have the advantage of enabling the terms “debt” and “loan” to be dropped from the system. What’s more, students’ future obligations at the time of graduation would depend only on their future earnings and not their parents’ income.

Author Bio: Angus Holford is a Research Fellow in the Institute for Social and Economic Research at the University of Essex