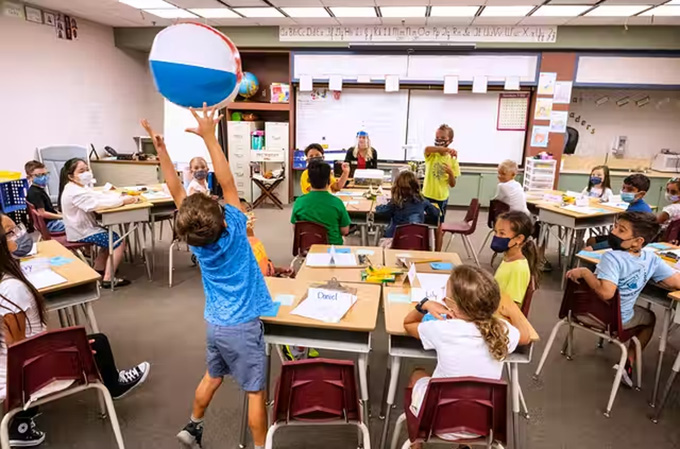 Children from low-income households are increasingly being segregated into different classrooms from their peers from higher-income households, according to recent research I have conducted with education policy scholar Dave E. Marcotte.

From 2007 to 2014, we tracked all North Carolina public school students statewide, from third through eighth grades, observing how the students were grouped into math and English language arts classes by each school’s process for creating class groups.

We used course enrollment data to figure out how many students in each classroom were from families whose incomes are at or below 185% of the federal poverty threshold – and how many were not. We found that those economically disadvantaged students were increasingly likely to be concentrated in a subset of classrooms rather than spread out relatively evenly throughout the school. 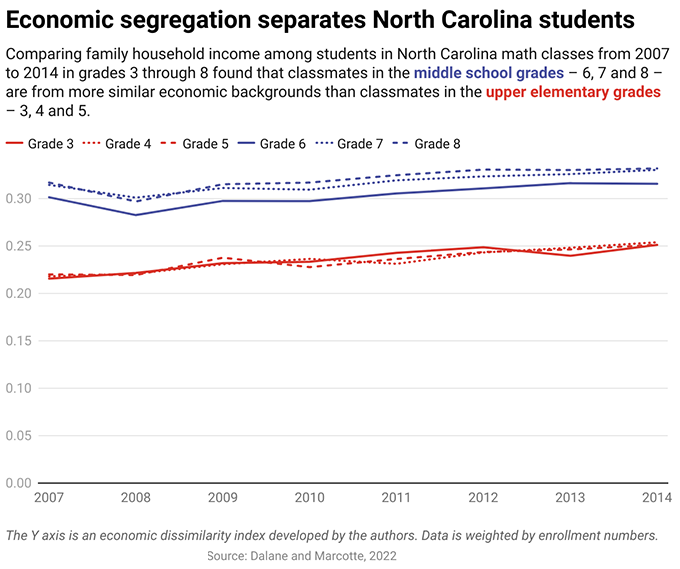 Often school segregation is thought about as Black and white students being forced to attend different schools. This makes sense given the history of Jim Crow – a 19th- and 20th-century legal system meant to relegate Black people to second-class status in white society – and court orders to desegregate schools.

Another aspect of this issue is how students are sorted into classrooms within schools. A 2021 study found that more racially diverse schools are more likely to have classrooms that are more segregated than schools that are less diverse overall.

Researchers have recently begun to identify rising levels of segregation between schools based not just on race, but also on household income.

Students from wealthier households are more likely than their less-well-off peers to have higher academic achievement as measured by test scores and to attend and complete college.

Efforts to provide equitable opportunities for all students often focus on comparing funding and staffing between schools. Indeed, lower levels of school funding lead to lower educational attainment and lower wages in adulthood.

However, resources can also be distributed inequitably within schools, on a classroom-by-classroom basis. For instance, more experienced teachers raise student test scores more than novice teachers, on average. However, novice teachers are frequently assigned to classrooms with more low-income students. Therefore, the more students are separated along lines of household income, the more likely poorer students are to fall behind academically.

We aren’t sure why there is an increase in segregation within schools by household income. One potential reason could be an increase in what is called “academic tracking,” which is the process of grouping students into classes based on their prior achievement, such as performance on standardized tests.

If in fact test scores do accurately reflect ability, there may be some educational advantages to track students into certain classes. However, researchers have long argued that tracking perpetuates inequalities between low- and high-tracked students. For example, students who are placed on lower tracks than their peers suffer from lower self-esteem and are not as well prepared for college success as higher-tracked students with similar test scores.

The growth in charter school enrollments over the past two decades could also contribute to the increases in within-school segregation by income that we find. Public school principals who fear their students may depart for charters may attempt to retain them by introducing specialized curricula or expanding gifted and talented programs. If these programs continue to primarily serve students from families with higher incomes, that could increase income segregation within schools. This is a possibility we are exploring.

Author Bio: Kari Dalane is a Ph.D. Candidate in Public Administration and Policy at the American University School of Public Affairs