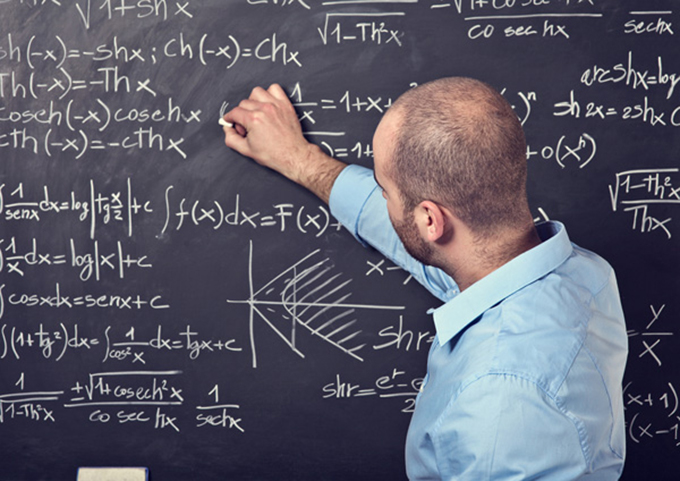 Teenagers who stick to maths beyond the age of 16 have greater levels of certain brain chemicals that are critical for cognitive development, according to new research from the University of Oxford. The researchers, led by cognitive neuroscientist Roi Cohen Kadosh , found that students who dropped maths at 16 produced less gamma-aminobutyric acid than those who soldiered on. This naturally occuring amino acid is essential for brain plasticity.

One possible explanation of this is that exercising your brain with mathematical tasks improves your learning ability. Accordingly, Cohen Kadosh suggests that anyone not keen on post-16 maths take up logic and reasoning training instead. These disciplines, he has said, “engage the same brain area as maths”.

It is not unreasonable to believe that post-16 maths is beneficial not just for university-level maths but for learning in general. But not all maths is equal.

The Oxford study found that gamma-aminobutyric acid boosts performance in tasks that require actively building mathematical strategies, for example, when one needs to translate a real-world problem into mathematical notation. It did not however make a difference when arithmetic was needed to solve simple problems such as equations (presumably, the authors say, this is because the subjects are already very good at arithmetic when they participate in the study).

This evidence suggests that studying mathematics is positive. The question, then, is why maths is not compulsory for all pupils past GCSE level, in the UK.

Doing maths at GCSEs is compulsory for all students up until the age of 16 in England, Wales and Northern Ireland, with similar alternative qualifications offered in Scotland. Beyond the age of 16, mathematics ceases to become compulsory in the UK.

That said, the most popular post-16 qualification is an A-level in maths. Indeed, just over 104,000 A-level qualifications in maths and further maths were awarded across the UK in 2020, roughly 14% of all A-levels awarded.

Compared to other countries though, that’s not enough. Only 20% of students in UK higher education have a post-16 maths qualification. That is substantially lower than the 50% of students who take the subject in countries including Japan, Korea, New Zealand, Singapore and Taiwan.

This may be due to maths anxiety being widespread in the UK. There is a general perception among Britons that maths is hard or boring.

Early-age mathematics tends to be about practical problem solving and spotting patterns. School-age mathematics then quickly morphs into formal notation and abstract thought with little time devoted to explaining its relevance to real-world applications.

Its problems may run deeper still. The UK education system focuses on regular grade-based assessments to measure progress. This testing mindset may lead to students becoming disengaged from an early age due to repeated under-performance, which reinforces the misconception that maths is a subject that you are either good at or you’re not.

The UK government introduced changes to the curriculum in 2017 so that skills such as accurately recalling mathematical facts and equations, reasoning and problem solving are heavily emphasised at GCSE level. Some topics that were exclusively met in A-level maths are now being introduced at GCSE level. The intention is to bridge the gap between GCSE and post-16 maths.

One significant hurdle to getting more pupils into maths past the age of 16 is the shortage of maths teachers in GCSE and 16-19 education in England. There is also evidence that students are more likely to study maths after the age of 16 if they can see a use for it in a career or if a family member or teacher encourages them.

In addition, lack of confidence in mathematical ability plays an important part. Moreover, a recent poll suggests that 80% of those students not studying post-16 maths were against it being made compulsory.

When assessing all other A-level subjects, teachers are now required to dedicate a minimum of 10% of marks to mathematical skill and reasoning. For instance, a coursework component of one of the English Language A-levels requires that students investigate quantities of specific language in different texts and make comparisons based on this.

Equipping students with this kind of quantitative skill in all fields, rather than directing all students towards post-16 mathematics qualifications specifically, might be beneficial. Advanced calculus is arguably going to be of little use to anyone except those looking to pursue mathematics at university level. In contrast, being able to model the most efficient route home, based on estimated traffic constraints, is the type of functional mathematics that we should be championing in post-16 qualifications.

The 2017 review of post-16 maths commissioned by the government recommended the subject be made universal, though not compulsory, within the next 10 years. Forcing students into doing more mathematics is ineffective, as seen with the controversial UK policy to make students who fail GCSE maths resit alongside their other post-16 subjects.

Author Bios: Alexei Vernitski is a Senior Lecturer in Mathematics and Alexander Partner is a Lecturer and PhD researcher in mathematics education both at the University of Essex