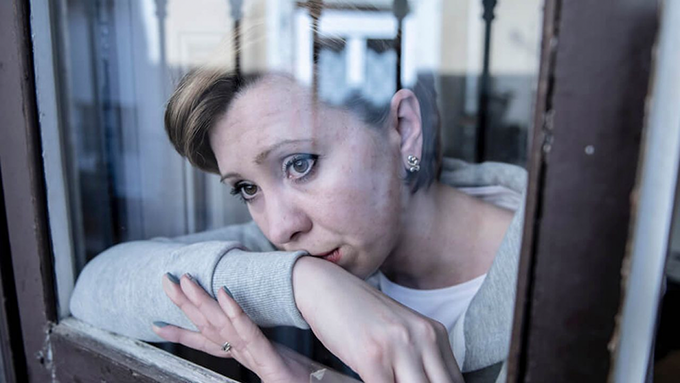 Suicidal behavior is one of the main health problems worldwide in youth. In Spain, it is the leading cause of unnatural death, even above traffic accidents. According to data from the National Institute of Statistics of Spain , in 2020 3,941 people committed suicide, of which 300 were young people.

More and more adolescents report wishes to die, communicate their intention or make a suicide attempt. For example, in a recent study carried out with Spanish adolescents, it was found that 17.8% of the sample had thought about taking their own life, even though they did not yet have a plan or it was just an idea.

In this changing reality that we have had to live, many issues remain to be resolved. One of them is, without a doubt, the implementation of a national plan for the prevention of suicidal behaviour. If we take it for granted that young people are our main present and future capital, and without sounding like a cliché, we are already taking a long time to act .

There is no single reason why a person tries to end their life. That is to say: there is no necessary and sufficient cause that determines such behavior. It is a probabilistic equation that includes different parameters , which are in continuous interaction, and between which suffering has a lot to say. The ability to forecast or predict that the different risk factors for suicidal behavior give us is very limited .

We are facing a complex phenomenon , a problem of life, where the person tries to find a solution to a situation experienced as a limit, to an enormous difficulty that causes intolerable pain that they do not know or cannot resolve in any other way.

Understanding the reasons why a young person decides to end his life can be very painful for family members and, in most cases, is beyond our understanding (further fueled by social stigma). Suicidal behavior arises as a response to a specific biographical and social context that the minor experiences based on his personal circumstances. We must remember that “no one attempts suicide without a reason”.

There are many ways to prevent suicidal behavior. The first and most obvious is through (in)training, sensitization and awareness . Scientific evidence shows that not talking about suicide does not mean that it decreases, rather the opposite. Talking about suicide (with respect, with truthful information away from sensationalism and obscurantism) helps prevent it.

Another strategy is the promotion of emotional well-being throughout society. Emotional literacy and the provision of action guidelines for family members and professionals is the most effective tool we have. And it is not only to reduce death rates by suicide, but also other types of problems such as anxiety, depression, bullying, etc.

Reducing access to potentially lethal methods, or facilitating access to psychological treatments with empirical support , are other actions that help prevent it.

The response has to be holistic, comprehensive, inclusive and multisectoral. And, above all, planned and resourced. We are all co-responsible. Until you, yes.

One of the classic approaches in the prevention of public health problems is the reduction of risk factors and the enhancement of protective factors. Do not directly attack the behavior per se (remember that all behavior is contextual), but reduce the variables associated with its increase in appearance and, at the same time, promote the variables associated with its decrease.

A risk factor, by itself, does not necessarily have to be a good predictor, nor does it necessarily indicate causality. But knowing these factors allows us to intervene before that possible event occurs.

In a recent review it has been found that risk factors for suicidal behavior in adolescents can be grouped into two categories.

On the one hand, there would be internal risk factors or those more linked to the person’s routines and behavior, such as lack of problem-solving skills, ineffective coping with difficulties, abuse of the time spent using electronic devices and health problems or unhealthy lifestyles (nutritional imbalance, menstrual problems, or disturbed sleep and rest patterns).

On the other hand, external risk factors consist of family and social problems: family problems, such as a history of mental health problems, and the presence of family conflict or other stressors, such as economic difficulties in families (unemployment situations, for example). example).

Within the external factors, the social problems that pose a risk of suicidal act would be linked to economic, labor, school (bullying, for example) and political factors. Both of them are factors that can have a significant influence on suicidal behavior during adolescence.

In this same review, among the protective factors for the prevention of suicidal behavior, the reformulation of a meaningful life (including spirituality), good health habits and the quality of interactions between fathers, mothers and children stand out: good family communication , affectionate relationships and adequate supervision of adolescents, which allows their development and autonomy while establishing limits.

Likewise, leisure activities, such as the use of devices, should be aimed at healthy purposes (contacting friends, consulting information), reading books or interests such as the cinema. These are also protective factors for suicidal behavior.

More generally, you also have to pay attention to the following situations:

The prevention of suicidal behavior: a matter for all

We must remember that promoting, protecting and caring for the mental health of the entire population, but in particular of the most vulnerable, is a constitutional right. People deserve accessible, inclusive, public and quality psychological care .

We are all co-responsible and can play an important role in listening to and supporting adolescents, helping them build a good sense of belonging and a life worth living. It is time to act.