Women face many barriers when it comes to post-secondary education, and this is especially true in science, technology, engineering and mathematics (STEM), as well as in traditionally male-dominated trades like welding. These barriers are even higher for mature female students — those who are at least 24 years old — who are often discriminated against when they want to pursue their studies.

My biology master’s student, Heather VanVolkenburg, is a mature student who returned to post-secondary education after having a family. Just before the 2017 Gender Summit in Montréal, we were discussing women in STEM and the challenges they face when I discovered that mature students seemed to encounter even more barriers than younger women. This made me reflect on a simple question: are certain groups of people, especially mature students, being discriminated against in higher education?

During our discussion panel at the Gender Summit, this question came up again by a person in the audience. Some participants were surprised when I mentioned how mature female students face barriers in STEM and trades education. This was the first step towards Heather and I preparing a reflection paper published by the Canadian Commission for UNESCO’s IdeaLab, which sought to determine the current situation of mature female students in STEM and trades and identify the barriers they face.

We found that mature students understand better their role in society and want to contribute. This is one of the reasons they are interested in returning to higher education. There are, of course, other reasons. Among them are new career options, the need for more credentials and career prospect improvement. Self-interest is often suggested, and though this might have been true a few decades ago, I would caution people against thinking that’s the main reason.
The UN Gender Summit works towards gender equity in STEM fields.

When we looked at the numbers from universities and colleges in our study, we found that mature female students are increasingly present in STEM and trades. What’s more, when compared with younger students, they tend to have a higher graduation rate.

Entering higher education after a leave of absence can be difficult for many reasons, such as finding it difficult to navigate the admission process, managing stress related to family and studies, financial burden, etc. What surprised me the most during the research was the variation in admission criteria and selection process among universities, including the amount of fine print that can lead to serious barriers for women returning to higher education.

Meeting the criteria may seem simple, but for many, navigating university and college websites can be a bit of a nightmare. Admittedly, this is also the case for those of us who work at those universities! Finding the requirements and information on how to apply as a mature student can be a daunting experience — I would not be surprised to learn that many become discouraged and stop looking.

Entry requirements and admission criteria differ greatly from one university or college to the next. The minimum age to be considered a mature student varies among institutions: at the University of Saskatchewan it’s 21 years of age, while McGill considers a mature student to be 23.

While some universities are willing to consider admitting people on a case-by-case basis, others are more restrictive. Similarly, some colleges may take life experience into consideration but others will only admit mature female students on a part-time basis. Some universities do not even mention mature students at all.

Mature female students furthering their education may need services that are not necessarily present in all universities and colleges. But, as we stated in our paper, “existing support services for mature women may make a difference in whether or not to pursue higher education.”

Indeed, the need for day care or financial support can be a huge stumbling block. Unfortunately, we found that few universities have extensive support services for mature female students. Thankfully, some do: the University of Northern British Columbia has an entire floor devoted to mature student support with counselling, day-care options, tutoring, etc.

We certainly suggest that universities share their good practices with each other to enhance support for mature students and possibly attempt to make their systems more consistent to reduce the stress of navigating admission process. Day care is certainly a huge issue for women with young children. However, not all universities and colleges offer this option to students.

Accessibility and affordability can be the two main barriers for women. Increasing access to day care, even at night, can help support mature female students with children as is the case in Sweden. Probably because of their focus on continuing education, colleges generally tend to offer more services than universities.

Without financial support, women may be discouraged from or even completely unable to continue their studies. Scholarships and opportunities for summer employment are therefore considered important, and mature female students are often marginalized in this regard. For summer employment programs, we discovered that many of them limit accessibility to students younger than 25 to 29 years old. A woman who has raised a family may therefore be ineligible for such positions.

We discovered that few federal or provincial programs directly support mature female students in higher education. Some universities offer special financial support for mature students. Queen’s University offers the Science 1948 ½ Mature Student Entrance Bursary for students in engineering. Mount Saint Vincent University, where the number of women is higher than most universities, may be the university with the most scholarships available to mature students. 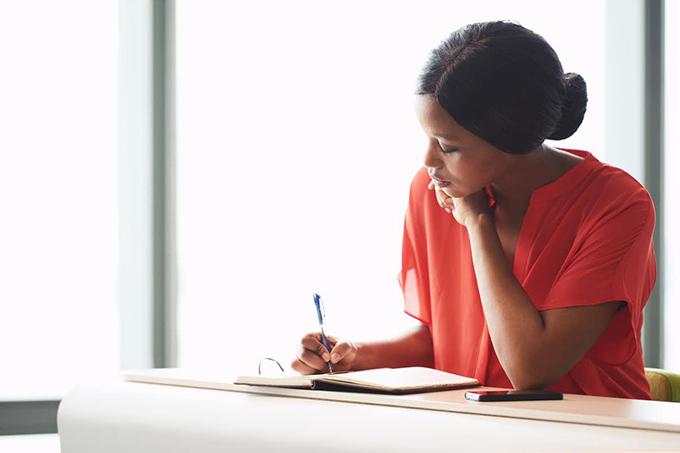 Many universities in Canada were established in the 1950s and ‘60s to satisfy the need to educate young people in an era of modern development and scientific advancement. However, demographics are changing, and the baby boom years are long gone. We must now overcome this new challenge: are universities catering only to young students?

We have only scratched the surface of the issues faced by women in STEM and traditionally male-dominated trades education. In my view, this is a reflection that should also include newcomers and other groups, along with racialized and Indigenous students. We need to think of new ways higher education institutions can welcome people from every demographic. We hope this can help spark dialogue.

Author Bio: Liette Vasseur is a Professor at Brock University