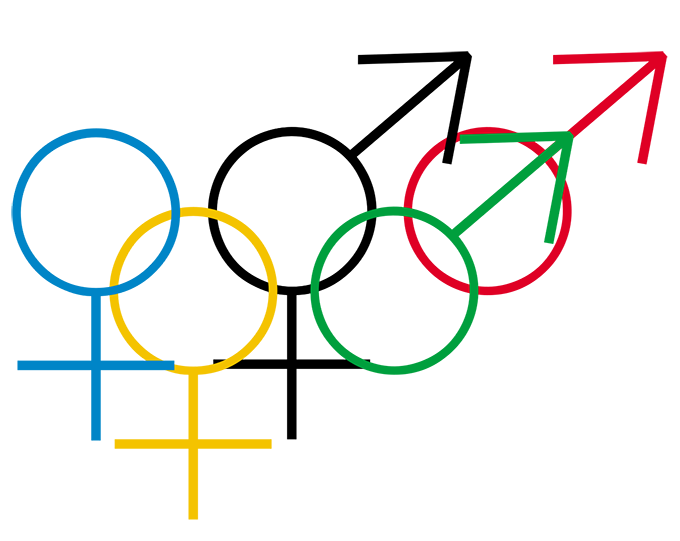 I concede that, as a “math person,” I don’t see the world the same way as most folks. The Gender Studies people I’d see on campus, always yelling about something, would get a shrug from me. “I favor reason,” I’d think to myself, “but maybe raw emotion is worth something in academia.” I’d give the groups a wide berth, of course…but this was still a form of tolerance.

Thing is, these groups kept getting larger, more difficult to avoid, and Gender Studies turned from a splinter subject into a mandatory subject…every student had to take this stuff, even as courses in Logic were being permanently removed from campus (the last time I taught even basic Logic on campus was 1989).

My (and others’) tolerance became our undoing, as Gender Studies became too big on campus to stop. Well, almost:

Gender Studies’ Value Is Under Question—And for Good Reason

We should always be willing to question our courses…even in mathematics, I acknowledge there’s room for questions about relevance (granted, the answer is always “yes, we need this,” but I’ll still allow it to be questioned). Of course, Gender Studies doesn’t allow such questioning, the “gender studies nod” is a phrase for a reason.

The above jives with my own investigations. When this stuff first started infesting campuses, I was curious what went on in those courses. Since, at that time, students in math classes could also take Gender Studies courses, it was easy enough for me to ask the students. Time and again they’d tell how little went on in the courses, how they would just sit and talk and be angry about things, while the professor nodded encouragement.

Hungary’s prime minister wasn’t alone when he told the international news agency Agence France-Presse that gender studies is “an ideology, not a science.”

I covered Hungary’s resistance to this ideological course before. When I talk to my Leftist friends about this (bear with me, I’m in higher ed, I like to be friends with coworkers, so I’m going to have Leftist friends…), they assure me Hungary is just turning into a Nazi country or the like.

Perhaps, although I do tire of any challenge to the narrative invariably reducing to “Nazis!”

Yet this criticism is based in fact: Unlike other academic disciplines, gender studies and its antecedent, women’s studies, are explicitly linked to an ideological movement with a specific political purpose. The National Women’s Studies Association’s constitution, passed in 1982, described the relationship between the academic women’s studies field and the feminist movement.

The above is why I concede History is as critical as Mathematics. Knowing that it’s a historical fact that this stuff is political, ideological, and not academic in origin, means even if Hungary is turning into a Nazi country, it doesn’t change the validity of their criticism of Gender Studies.

Granted, the latest Left-Wing media darling assures me facts aren’t nearly as important as being morally right. I respectfully disagree.

Perhaps it goes without saying that the ideology advanced through the women’s and gender studies disciplines is progressive. Women’s and gender studies programs aren’t merely encouraging political engagement and activity, but for the advancement of social changes that including expanding government redistribution and oversight of society in the name of promoting equality and inclusivity.

Yeah, this isn’t what an academic subject is supposed to be about. There’s supposed to be knowledge and understanding, and instead this department is about advancing (devastatingly murderous) political causes.

A study conducted by the National Association of Scholars of 8,688 tenure-track professors at 51 top-ranked liberal arts colleges found overall more than 10 registered Democrats for every 1 Republican professor. But gender studies, along with Africana studies and peace studies, was the most heavily slanted. The study’s author concluded, “I could not find a single Republican with an exclusive appointment to fields like gender studies.”

I totally respect people, even academics, are going to have political views, but when it’s this one-sided, to the point that one’s political views precludes one’s academic inquiry, then it’s a severe problem.

In short, my (and others’) tolerance to Gender Studies has been met with a virulent intolerance. While I generally lean towards tolerance of a great many things, I’m firmly of the opinion that I (and others) will need to be fundamentally intolerant of intolerance in the future. We can’t let this happen again, assuming we ever overcome our mistake of tolerating this “subject” on campus.

Being under attack, Gender Studies gets to respond, of course:

Premilla Nadasen, president of the National Women’s Studies Association, told Inside Higher Ed that the reason for hostility to gender studies is concerns about changing society and a desire to protect traditional power structures:

I think what they suggest through this phrase “gender ideology” that this is somehow contrary to family values…But women and gender studies scholars are not rooted in a “gender ideology.” They think about gender as a frame of analysis for understanding the way in which the world works. I think if there’s any ideology that has been manifest in this debate, it’s the right-wing ideology that is attempting to return to a heteronormative patriarchal society.

Ah, “right-wing ideology,” the code phrase for saying only Nazis can question them.

Sorry, no. I consider another new academic subject on campus, Computer Science, which is just about as old as Gender Studies. I don’t believe anyone questions the validity of studying computers, core machines to human civilization for the foreseeable future. Yes, the inclusion of Computer Science departments means other departments must be diminished…but we get it, and even if someone questioned why we should study computers, I doubt representatives of Computer Science would just call them a Nazi and assume that would end the discussion.

Ultimately, the effect on the student forced into “learning” this ideology must be considered:

…the one-sized indoctrination as “cruel,” writing “Nothing is more oppressive than having your professors teach you that you’re a victim.” Other students who invest their time in higher education on debates about whether the entire discipline is too “vagina centric,” thus leaving out women without vaginas, may ultimately wonder if this was really the best use of their finite time at university to gain skills and knowledge that will help them in life, post-college.

Indeed, wondering if Gender Studies is bad for supposedly leaving out “women without vaginas” just doesn’t strike me as nearly as academically important as learning how the physical universe works, studying the history of our planet, reading the greatest works of literature we have, or considering the philosophical musings of Aristotle.

So, yes, bring on the attacks of Gender Studies. These days, most everyone is a Nazi anyway so I’m not sure there’s much to lose doing so.