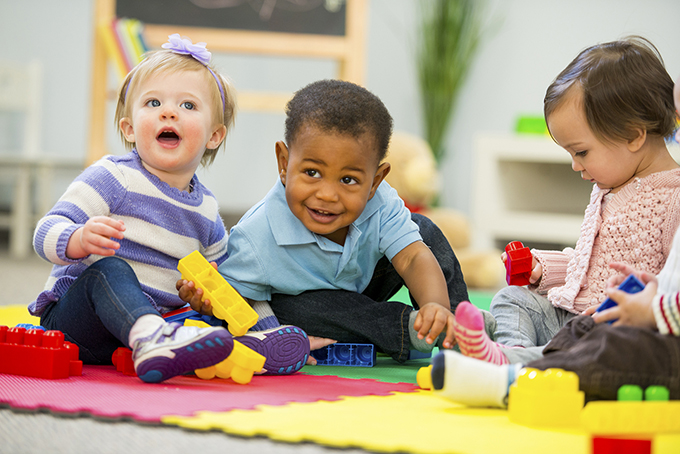 Taryn Morrissey, author of “Cradle to Kindergarten: A New Plan to Combat Inequality,” and a former senior adviser on early childhood policy during the Obama administration, explains how far the bill would go in achieving that goal – and also whether it has a chance of passing.

It’s a big deal because in 2016, about 60 percent of kids under age 6 were in some type of nonparental child care if they weren’t in kindergarten.

The Child Care for Working Families Act would enhance our existing public child care subsidy program by nearly doubling the number of children eligible. In 2012, 14.2 million children were eligible for child care subsidies under federal rules.

It’s important to point out that child care is more than a place for children to spend time while their parents work. Child care should also provide opportunities for children to learn. If teachers are well-trained and adequately paid, and provide enriching experiences and activities, early education can have lasting, positive impacts on children’s educational, health and economic outcomes.

Unfortunately, much of the care families use today is of low or mediocre quality. High-quality care is more expensive than most parents can afford. Child care expenditures make up about 11 percent of families’ annual income, but that reflects families’ use of a mix of licensed centers or child care homes and informal arrangements with friends or relatives.

If a family wants to use center-based care for an infant, that costs much more – a whopping 27 percent of median income for single-parent households. And in most regions of the U.S., families with young children are spending more on child care than they are on housing, food or health care.

2. Will working families and the poor be able to feel or see the difference? If so, how?

Yes, parents with young children – and who are typically earning less now than they will when they are further along in their careers – would have more money for housing, health care and the many other expenses that come with raising children. Further, if they choose, parents who left the workforce due to the high costs of child care will be able to return to work without having to spend a sizable portion of their paychecks on child care.

Families with infants and toddlers will likely find it easier to find and pay for child care. High-quality infant-toddler care is currently very expensive and hard to find, even though it’s important for children’s development. The bill will also provide funds for states to expand their preschool programs for 3- and 4-year-old children.

3. Making child care affordable is one thing. Providing quality child care is another. Can this bill really do both?

Yes, and one of the ways it will do that is by increasing workforce training and pay.

In 2013, child care teachers earned US$10.33 per hour, compared to $15.11 and $25.40 per hour for preschool teachers and kindergarten teachers, respectively. Consequently, 40 percent of child care workers rely on public assistance at some point in their careers.

It should come as little surprise that turnover rates among preschool and child care teachers are high. This turnover is associated with poorer child outcomes.

4. Where will this bill place America among other advanced nations in terms of providing affordable child care?

If passed, America’s spending on early childhood education would be closer to those of our peer nations. For instance, in 2013, the United States spent less than 0.5 percent of GDP on early childhood education, while France, New Zealand and the Nordic countries spent more than 1 percent of GDP. The average for nations in the Organisation for Economic Co-operation and Development, or OECD, is 0.8 percent.

Research has shown that high-quality early learning experiences promote children’s school readiness. Children who don’t have these experiences fall behind early and have a more difficult time catching up. Expanding access to early educational experiences would promote America’s global competitiveness by ensuring that young children are best prepared for school their first day of kindergarten.

5. How much will this bill cost and how likely is this bill to become law?

Unfortunately, this bill is unlikely to become law – at least anytime in the next two years. Although the Trump administration has supported child care and paid family leave policies, independent analyses indicate their proposals would do little to help low- and middle-income families. The child care subsidy program received a substantial boost in fundingfollowing the bipartisan budget deal in February 2018, but Congress has not acted on other early childhood policy proposals.

In the absence of federal action, cities and states like the District of Columbia, California and Oregon are passing or considering sweeping improvements to their early childhood systems.

These state and local efforts, the Child Care for Working Families Act and other proposals, such as Sen. Elizabeth Warren’s child care plan, would help reduce inequality in the short term by putting more money in the hands of families struggling to make ends meet. In the long term, these efforts will help better prepare America’s children for the workforce of tomorrow.