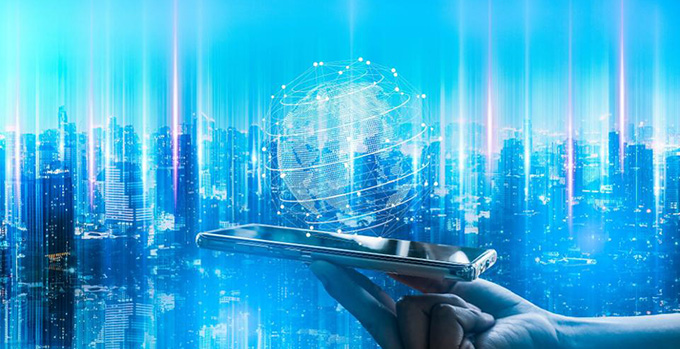 The image Sweden presents to the world may be limited by cultural predispositions based on particular commercial symbols: Volvo, Ikea, and a few other icons of industry. Though these representative companies are extraordinarily innovative and progressive, one should not stereotype the Nation by focusing on just two companies.  Sweden is a forward-thinking country in a large number of institutional and commercial areas. For example, it recently was ranked first overall in the European Union’s EU-28 Eco-Innovation Scoreboard, data-driven indicator of eco-based industry performance.
Those living in Sweden, as well as others in the know, recognize the country to be a technology powerhouse. Most surprising to the uninitiated would be the identity of a few well-known consumer-focused high-tech companies born in Sweden. At the same time, a number of other digital enterprises are rising to take their place alongside the more established players. Here is a representative list of just some of Sweden’s digital technology makers.

Consider one of online entertainment’s vanguard companies: Spotify, the music streaming service. While music, central to societies throughout cultural history, has been primarily regional, cross-pollination has led to organic changes wherever listeners and artists were exposed to new forms. Internet-based music has allowed vast populations to experience worlds of sound unlike at any in previous eras. Spotify was a leader in this charge from the outset.
The platform model for their service was developed in 2006 by Daniel Ek and Martin Lorentzon out of Stockholm. In 2008 they made the service available to the public. Essentially, subscribers can listen to music for free with commercials or pay for an ad-free experience. While some music-delivery models made assumptions about popular music, Spotify began using algorithms to offer playlists based on a subscriber’s listening habits. The company connected with major music labels as well as independents, so it has been able to offer an expansive playlist catalog. Currently, 190 million listeners access Spotify.

Internet video-calling platform Skype had over 600 million registered users in 2011 when Microsoft purchased the company for $8.5 billion. The company, founded in 2003 by Swedish entrepreneur Niklas Zennström (and Dane Janus Friis), was created to allow users to communicate via software using Voice over Internet Protocol, that is computer-to-computer. Initially, Skype was founded as a peer-to-peer resource, where users could talk directly to other users on the service without getting bogged down by servers routing the signals.
The company originally endorsed individual customer access. Prior to Microsoft’s purchase, eBay bought Skype for $2.5 billion and quickly promoted its use in business and education applications, starting in 2006. Skype was groundbreaking, progressive, and disruptive in two areas: it allowed cost-free voice calls to a large audience, at a time when international phone calls were costly, and it created a market for video calling, which opened up possibilities for companies to follow. Seamless internet communication is now second-nature.

One-stop shopping connected to easy financial arrangements is the gold-standard goal for online consumer sites. Here again, Sweden has stood at the forefront in making that outcome possible. For example, Axofinans.se connects loan-seekers to lenders; the loan-broker company compares loan institutions for the consumer, taking the tedious task out of their hands.
In the same vein stands Klarna, a shopping channel that is set up to provide a positive experience for both the user and the merchant. Starting in 2005 by Sweden’s Sebastian Siemiatkowsk, Klarna created a payment-postponement system that the customer uses for all transactions. This would only work where the products are of interest to the shopper, so Klarna connects with a range of clothing and accessory merchants, over 50,000 and growing.
A user inputs an email address and zip code to make a purchase. The ease of buying makes shopping enjoyable, and admittedly, impulsive at times. The consumer makes payments to Klarna within a specified time. Herein lies the technological value: The transaction is seamless, trustworthy, and quick, so a shopper can choose a number of items over the course of a week, for example, then be required to use a form of payment only once down the road rather than for each transaction. A transformative technology may be considered established when the name becomes an action – shoppers may be said to Klarna their purchases.

One of Sweden’s more far-reaching technology companies is not well known by its name – King – but rather its product: “Candy Crush,” the online video game and app. As of late 2017, the company saw more than 2.73 billion downloads of the game in all its variations. In 2018, the entire “Candy Crush” universe produced $1.5 billion in revenues.
King, or King Digital Entertainment, initially developed games for its own company portal. The corporation progressed to creating games that would use Facebook as its launching pad. King excelled at developing and promoting the concept of connected social gaming. Following the Facebook application, King launched mobile app versions of the game.
That, however, was only part of the story. Sometimes the simplest idea is the most influential. The company had decided to create a game that focused on not the exotica artifacts of other games, but on a desirable day-to-day commodity, candy. As a result, the game appealed to all user ages, an appeal wherein lay its success.
The list of Sweden’s technologically innovative digital companies is lengthier than may be recognized. Well-known or under-the-radar, these companies have been a force over the years that have led to changes in the digital landscape. For those in the know, Sweden could very well carry the moniker of Silicon Valley of the North.