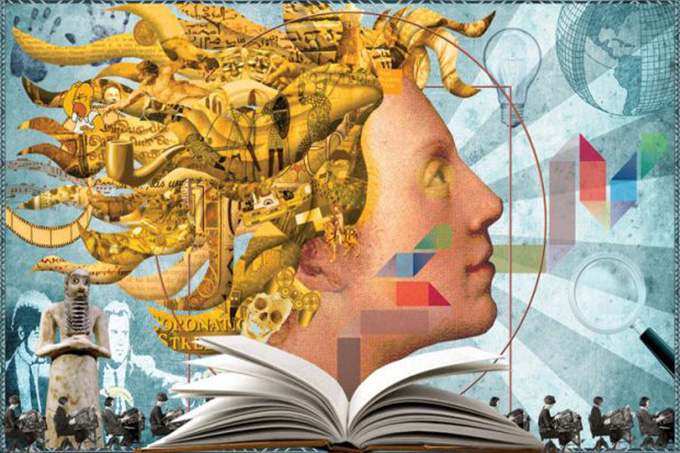 The federal government’s announcement they will more than double the cost of humanities and communications degrees for university students has taken the sector by surprise – not least because it goes against increasing evidence that these programs are the key to our nation’s future success.

If the government wants to support university courses that lead to jobs, they’d do well to listen to their business leaders who have been quite clear, in recent years, about the sorts of graduates they’re looking for.

Chief Executive of the Business Council of Australia, Jennifer Westacott, said in a 2016 speech all 21st century successful leaders would need “some form of humanities perspective and education”.

I argue this because I believe our economic and technological success has not been matched with a constant orientation towards a better human condition.

She said the humanities produce people who can “ask the right questions, think for themselves, explain what they think, and turn those ideas into actions”.

She went further to say the key skills required by industry and business were nested in the humanities: “critical thinking, synthesis, judgement and an understanding of ethical constructs”.

Inundated with messages from business leaders and alumni this morning eg: “Proud bearer of an Arts Degree. Wish I had more Arts graduates working for me! They're more likely to be able to write well, think critically and have broader perspectives on the world.” @dantehanwannon

Their analysis was based on graduate outcomes and employer satisfaction surveys, coupled with wide-ranging consultations with global business, public sector agencies and researchers.

They found 72% of employers “demanded” communication skills when hiring, but only 27% of potential hires actually had those skills.

They also found transferable skills, such as as teamwork, communication, problem-solving, innovation and emotional judgement, “have become widely acknowledged as important in driving business success”.

[…] humanities education and research has a fundamental role to play in understanding how our society and economy can adapt to these changes, in creating future value, and in helping individuals gain rewarding employment.

If our purpose is to incentivise programs that lead to jobs, which will equip the nation for the future, and will elicit innovative and creative responses to complex problems, then we must encourage broad study in the humanities and social sciences.

Our society calls for humanities

Most of us working in these fields can explain with great conviction the richness our disciplines bring to students, and ultimately to the societies they live in.

They bring an understanding of the world, of past mistakes and future threats, of current failings we can try to solve, and of medical, social and environmental challenges that confront us.

Our ability to understand the impact of the current global pandemic or migration, the environmental crisis, social cohesion, poverty and its many side-effects, domestic violence, the effects of social media and politics are daily concerns in the humanities.

#MyArtsDegree has enabled me to co-found three companies, employ hundreds of people a year & work with my business partner (also Arts Degree) to establish a media fund that invests in startups. #auspol

And increasingly, we are aware the scale of these problems and the failure of our current institutions to deal with them – the often-discussed “crisis of trust” – cannot be solved by science, mathematics, engineering and technology alone.

It is the contribution of the humanities and social sciences to the STEM (science, technology, engineering and maths) disciplines that may ultimately lead us to some real and applied solutions to the crises we face.

It’s therefore curious the education minister Dan Tehan is encouraging humanities students to add a “job-ready” edge to their studies by doing (soon-to-be much cheaper) courses in technology, science and maths.

And at the same time, he is actively discouraging students of technology, science and maths from being able to take some humanities courses as part of their degree because of the prohibitive higher cost.

Interdisciplinary knowledge, and combining humanities and social science with the STEM disciplines, is a strong concept. We already do it in many of our communications and arts degrees.

But to suggest this should only be one-way traffic is highly problematic.

Microsoft president Brad Smith and head of Microsoft’s AI division Harry Shum recently wrote that lessons from liberal arts would be “critical to unleashing the full potential of AI”.

[…] skilling-up for an AI-powered world involves more than science, technology, engineering, and math. As computers behave more like humans, the social sciences and humanities will become even more important. Languages, art, history, economics, ethics, philosophy, psychology and human development courses can teach critical, philosophical and ethics-based skills that will be instrumental in the development and management of AI solutions.

Leading universities around the world are increasingly combining core study in engineering and IT with humanities study. They acknowledge the communication, interpersonal and adaptable skills gives a much longer “shelf life” to the technical skills learned while at university.

And let’s not forget world leaders with Arts degrees

The Academy of Social Sciences reports two out of three CEOs of Australia’s ASX200 listed companies have a degree in the social sciences. There are similar proportions of government senior executives, and federal parliamentarians holding social science degrees.

The government is hiking costs of studying humanities by 113%. But all these Cabinet members have arts degrees.

And of course, the roll call of important world leaders of the 20th and 21st century with a humanities or social science degree – Barack Obama, Martin Luther King, Youtube CEO Susan Wojcicki, and Indira Gandhi among them – tells us our messages now must be around the importance of the humanities, not the reverse.

So I return to the start. There is increasing confirmation, in Australia and across the world, that humanities, social sciences and communication are key to a viable future.

On what evidence, then, has the federal government proposed these changes? We have to trust this is not an attempt to muzzle critical thought and new ideas in our universities – but rather, a misguided attempt that needs a little more work.