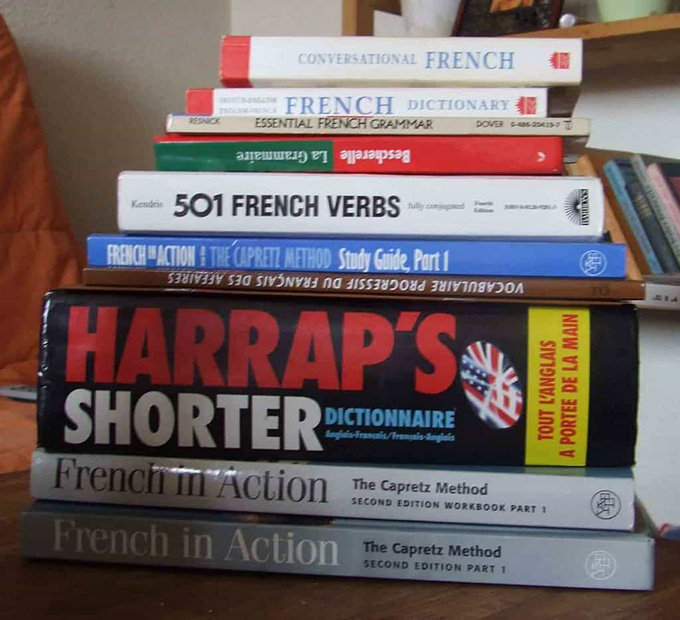 When we think of French grammar, we often imagine an austere discipline with a large number of rules and exceptions to learn by heart to avoid making “mistakes”. A list of expressions that must be used, opposed to others that must be avoided at all costs .

However, this conception is not that of linguists . For these language specialists , grammar is simply a map describing the territory before them, without any prescription. In other words, it is a description of the language that makes visible the existence of several forms in competition to describe this or that reality.

Languages ​​are indeed animated by a great diversity. The best known factor of variation is the regional level  : one can for example evoke the famous example of chocolatine in front of pain au chocolat or make the opposite essence to refuel , which often give rise to heated debates. In short, a language is not homogeneous and it is interesting to define its contours.

The activity of linguists resides in the search for all possible forms and their integration in an analytical framework. The traditional activity of grammarians, on the other hand, goes against this objective. It consists, in fact, in choosing the correct form from a set of possible forms, without aiming at completeness.

Linguists therefore invite to a journey in the language as it stands, with its Gothic cathedrals and its working class cities. The challenge is to make the overall architecture as consistent as possible. However, in the current state of knowledge, it is impossible to describe all the turns of French in a unified manner.

While there is a map of France, there is no map of French. This is the reason why we embarked on a project which attempts to go around research work in French linguistics: the French grammar encyclopedia (EGF). Initially, the target audience was mainly students. But the resource, in free access, allows all those who wish to discover the French language from a different angle.

Change your point of view on language

The promoters of the project decided to embark on this somewhat crazy adventure over fifteen years ago: to gather, on electronic media, the heritage of grammatical research acquired in French linguistics, in the form of summaries, easily searchable and regularly updated, and without advertising. 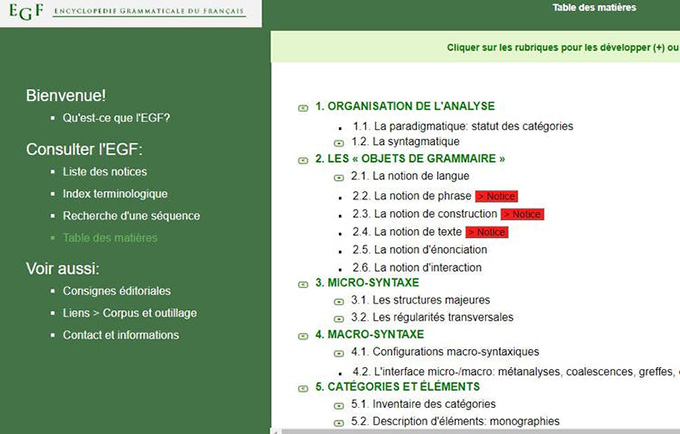 So, even if French is your mother tongue, you should expect to set foot in the unknown. You may well be unbeatable on the imperfect subjunctive and know at your fingertips all the rules of the past participle agreement, you will inevitably discover unsuspected details of the functioning of French.

For example, in French, it is possible to say the next season and the next season . But if you look more closely, these two turns do not refer to the same areas. The next season will be used to talk about a television series while the next season may apply to a transfer of football player. Similarly, an old mill is a mill converted into a building for another use while an old mill is still a mill. We can see here that the place of adjectives has an influence on their interpretation, and that this is an integral part of grammar.

Perhaps you will shout out loud when you realize that the linguists are working on statements like “you don’t want to come” (without not ), “you saw who” (in addition to “who did you see” ) or even “people they go to the supermarket” (what is called a dislocation of the subject). It is not a question of validating or not these formulations, but of describing what is produced.

These expressions being attested, and even in the majority in certain speech situations, linguists must take them into account when mapping French. Could we imagine a natural science denying the existence of a living being by the mere fact that it does not have the shape or size that we would have wanted?

Careful observation of oral and written data makes it possible to certify the existence of this or that linguistic form. It also leads to measuring the frequency according to various parameters. These data are precious for linguists, who will derive a hierarchical view of the phenomena. They are also invaluable for researchers from other disciplines who develop practical applications, whether in automatic language processing or for teaching French.

Obviously, such a resource is likely to destabilize readers accustomed to traditional grammars, in search of THE correct turn. In the EGF, it is about understanding the functioning of the French language by appropriating a scientific vocabulary. For this, it is recommended to enter the Encyclopedia by reading the notice on variation to familiarize yourself with this central principle of modern languages.

Then, to see illustrations of this principle, one must take a look at the place of the adjective , the interrogatives to the negation or the inversion of the subject . Thus, you will see the richness of French through the variety of its uses and the different ways of trying to account for it. A terminology index and a search tool in the text of the notices are also available.

In summary, the EGF does not present itself as a classic French grammar and was not conceived on the usual plan of a grammar. It is not intended to provide advice on the proper use of the French language or on spelling. Rather, it is a synthesis of grammatical knowledge of French, destined to evolve over time. The EGF currently includes 27 records for a total of 870 pages. Twenty other notices are in preparation. An invitation to discover the research carried out in the field of French linguistics.

Author Bio: Christophe Benzitoun is Lecturer in French linguistics at the University of Lorraine