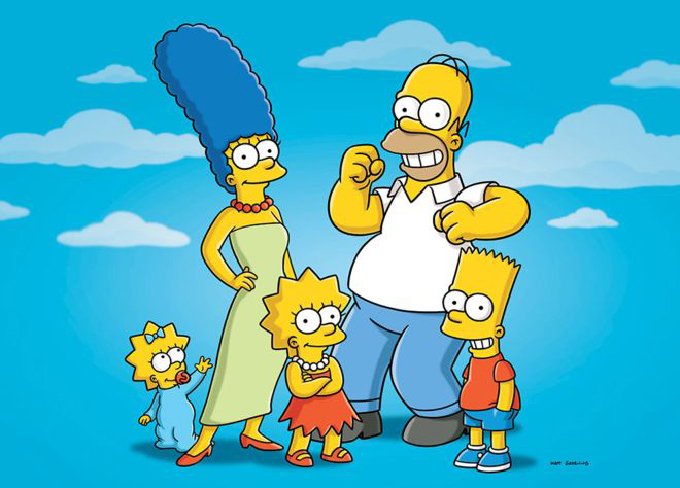 The economy, a matter too abstract? If it permeates their daily lives, from the evolution of prices at the local supermarket to the opening of a bank account, through the search for a summer job, the economy raises many a priori in students. Even in business schools, though frequented by young people interested in principle by the operation of companies or international trade.

Their fears? The importance of math in the courses, basic theories to assimilate, the need to cram or the severity of the notation. The use of fiction, such as the animated series The Simpsons , can be a way to overcome these blockages, by creating links between a familiar universe and new concepts to assimilate.

A base of concrete examples

Some researchers suggest drawing educational materials from popular culture to teach the basics of economics . The use of supports of this type has the advantage of stimulating reactions among students, starting from playful and concrete examples. This approach is part of broader reflections on “active learning” and the educational innovation needed to approach the economy differently. It has favored punctual initiatives in schools and universities, but also more formalized productions, such as the book series Economics in comic strips or Economix .

As part of an introductory economics course, the basic mechanics of microeconomics – consumer and producer behavior – are generally used to formulate supply and demand, and hence the market and its properties. Then we slide towards the macro-economic mechanisms, the questions of international or industrial economy. TV series can be used to support debates on the representation of the economy, for example, or to support technical explanations.

The Simpson series is particularly relevant for this, as some economists specializing in pedagogy indicate . Created in 1987 by Matt Groening, the cartoon presents the daily life of the Simpson, a middle-class American family, in the small town of Springfield, with a few breakaways in other American cities, or even in France, Japan or Canada. Australia. It offers different levels of reading to its audience and, with its 30-year-old seniority, provides an important base of examples.

The richness of analogies

Many episodes take a critical look at society and give many insights into politics, science, culture, and so on. In particular, there are references, explicit or implicit, to basic economic mechanisms or to major socio-economic facts: the work of women, the place of senior citizens, the role of unions, precariousness … There are also mentioned the environmental economics, through the negative externalities of the nuclear power plant, state interventions and public markets, or the world of finance, from the Enron affair to the subprime crisis.

With first year undergraduate students, who do not yet have good abstraction skills or significant field experience, this artifice can be more educational than working on totally decontextualized exercises (company E , the variable X, etc.), or on very real cases, but too far removed from their daily lives. Indeed, a simple image of a recurrent Simpson character will be immediately associated by the students to all the specific, sometimes caricatural features he embodies in the series. 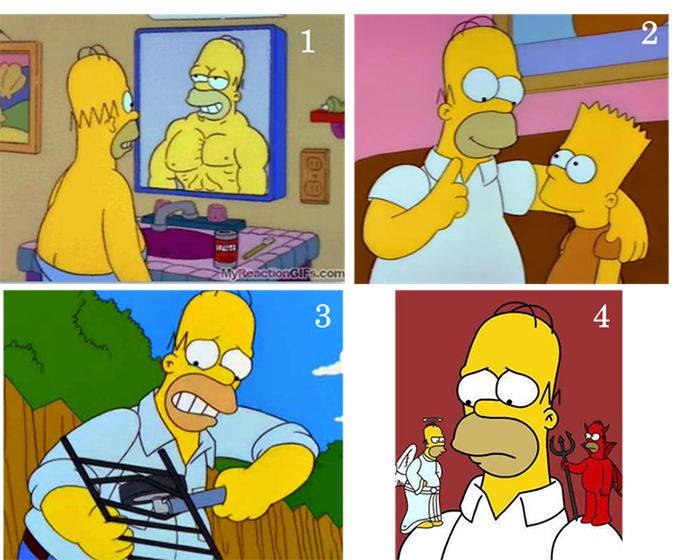 Of course, the use of this type of approach must remain punctual and measured. It is sometimes necessary to relativize the too caricatured or simplistic image of certain cases to cling to the economic reality, but this is a good way to trigger a “click” in learning. The rise in experience and maturity of students can then slide to more classic case studies. 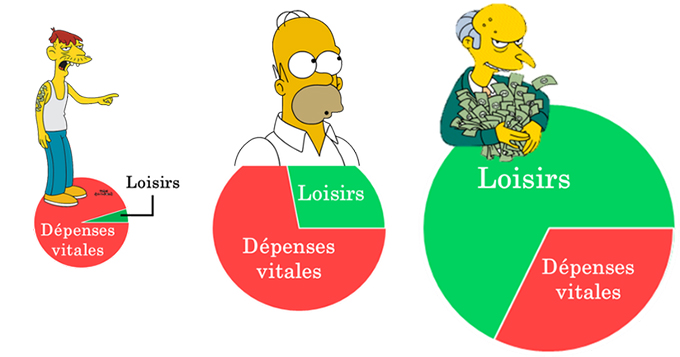 Illustration with characters from the Simons of Engel’s Law (law that the share of income allocated to food expenses is even lower than the income is high).

The use of these fictional sources can be criticized for their lack of realism. However, this can be relativized for two reasons. The first is that the analogy mobilized and its limits are explained to the students and that they have the capacity to relativize this exercise. Moreover, it remains an artifact within a complete course that is not just about this approach.

Secondly, economic theories themselves contain some fiction. In this sense, we follow the position of Ariel Rubinstein , a renowned theoretical economist, who compares theoretical models in economics with fables. For him, in both cases, we move away from reality while learning relevant things about it. With our approach, we reverse the concept by using fables to understand patterns, then reality.

Author Bio: Vincent Helfrich is an Associate Professor at the Excelia Group – UGEI