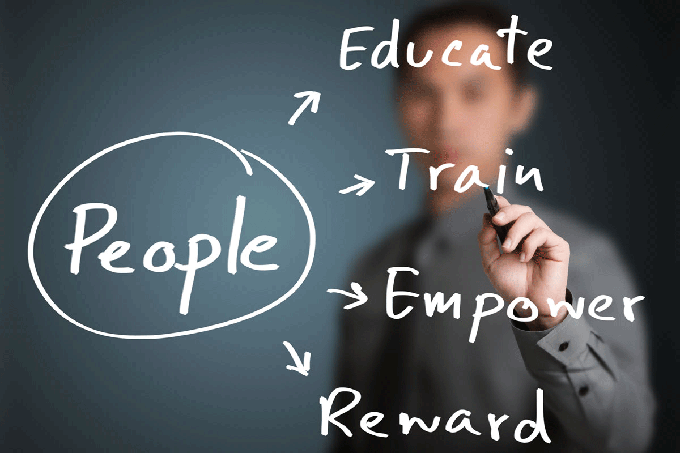 Modern Times is the title of the well-known feature film directed and starred by Charles Chaplin released in 1936. It recounted the impact of the industrial era on employment from a social and humanist point of view. Now, almost 85 years later, a strong impact of technological progress on employment is perceived and anticipated, with a certain mixed feeling between its advantages and disadvantages.

The new mechanization is now digital based and not factory like it was in those “modern times”. Now it is not noisy and conveys an orderly, clean and supposedly sustainable image that contrasts with those gloomy industrial assembly lines, smoking chimneys and deafening machinery.

The transition from that alienating, black and white vision of human beings performing highly repetitive and low-value-added functions, to the current understanding of a higher value of human intellect competencies, has required a huge leap from the second to the fourth industrial revolution. The era of digitalization and the programming of complex processes is now being promoted by the still new and fascinating artificial intelligence and by the automatic execution of routines thanks to smart devices and software that progressively displaces the human being from many of its traditional niches. of employment.

The training of society to adapt to a labor market with new jobs and professions is essential and, now, the speed of change requires more agile and intense actions. The inertia and legacy of the educational system accentuate the risk of being left behind in a truly international race to train talent for the new digital society.

The training of human resources in the coming years can be decisive for the socioeconomic systems of the countries to be competitive. Not having new generations prepared to meet the demand for future jobs can be disastrous for the future of nations. The difficulty of many companies in filling jobs is already notorious, which curtails their growth and threatens the relocation of qualified employment.

The decoupling and dysfunctions of the offer-demand of employment has a lot to do with the educational model and with the necessary orientation towards citizens by the administrations regarding future employment trends. The World Economic Forum points out that 40% of basic skills will change in 5 years, that 50% of employers globally will accelerate the automation of work and that 80% of companies and institutions are willing to expand the digitization of their work processes. Some jobs are destroyed, others are created and many are transformed.

Everything is transformed: between utopia and dystopia

Technology can destroy or transform jobs, but it can also create them, as happened with automatic looms. They lowered the price of clothing and increased the demand for clothing which led to the creation of more employment.

The digital economy has also created many indirect jobs, such as application developers on the App Store or Google Play platforms. None of them is on the payroll of the mobile device companies, but both are needed to generate their ecosystem of applications.

In Japan there are already robots that sell insurance and some digital home assistants allow you to make transfers by voice. Banking entities such as Goldman Sachs use algorithms to calculate, in seconds, financial projections that previously required days of work for many analysts. Those who deal with business marketing know that social media, neuromarketing and data scientists are key elements in their activity, giving more value to creative functions.

According to the European Commission, 43% of the population of Europe has insufficient technological training . Those with basic knowledge include men (60%) and women (40%). While, from the territorial perspective, they are located at 63% of the inhabitants of the cities and 49% of those who live in rural areas.

The job of the future and jobs without a future

This state of affairs leads us to distinguish between the techno-pessimist or dystopian current and the techno-optimistic or utopian current. The first emphasizes that the change is too fast and that it does not leave enough time for a sustainable transition or for the transfer of employees from one sector to another.

For their part, techno-optimists value the better quality of working life and the creation of more jobs related to digitization than those destroyed by its impact. Between one vision and the other, it does seem true that jobs will disappear and that many will be transformed, that employees with more training and skills will better adapt to change and that more interdisciplinary training will be required. All this can lead to having an optimistic vision in the long term, although pessimistic during the transition.

For researchers from the University of Oxford Carl Benedikt Frey and Michael A. Osborne , the distribution of jobs in relation to their probability of digitization will have a high impact on 47% of jobs (sales, transport, administration and construction, among others). ), while the impact will be low in 33% of the jobs (management, engineering, education or health).

For David H. Autor, Lawrence F. Katz and Melissa S. Kearney , technology complements jobs with abstract and non-routine tasks; it does not affect non-routine manual tasks, but it does affect jobs with routine tasks.

Graetz and Michaels found that robots increased productivity and wages and that, therefore, technology did not reduce aggregate employment, but it did reduce less-skilled employment.

Acemoglu and Restrepo conclude that the most advanced countries in digitization do not have higher unemployment rates and that, in addition, there is a negative correlation between the degree of digitization and the level of unemployment.

The future of work should be seen as an opportunity for new job profiles, with technological and relational skills to the detriment of administrative or ordinary ones.

According to the Manpower Group and the Fundación Innovación España , employment for young people will grow considerably and close to 250,000 highly-qualified jobs will be offered, and 100,000 may remain unfilled due to lack of training and skills.

A challenge for the educational system

The educational model of accumulation of knowledge is forced to rotate towards a model of competencies and results, and this demands a vision of the future for an efficient use of the effort of the students.

Education comprises a large part of the life cycle. In Spain, almost a quarter of the life of individuals with university studies is devoted to preparation prior to entering the world of work, in which they will carry out their activity for an average of 34.8 years . This represents an investment of one year of study for every 1.83 years of working life.

The educational system is responsible for training the new cohorts of professionals.

Universities are facing the digital transformation with uneven speed and acceleration, although the vast majority already share this vision of renewal in promoting soft skills and training in digital skills.

The degrees begin to incorporate subjects related to new technologies or are complemented by specialized titles, but it is still necessary to reinforce that the technologies are not separate subjects but rather are integrated within the core subjects of the degrees. Augmented or immersive virtual reality will give new dimensions to face-to-face, interactivity and simulation.

Training people, training a society, requires effort and commitment from its two main components: the trainers or promoters of the process and those who are going to be trained. The former must know how to communicate, arouse interest and “evangelize” showing the relevance of technology in the survival of tomorrow’s work. The latter must break more than ever prejudices about the complexity of technology or the supposed disassociation with respect to their professional goals.

Training society in digital skills is a challenge and a commitment to maintain competitiveness on the international stage, to reduce dependencies and have a workforce that also promotes a virtuous circle of innovation, attraction, retention of talent and generation of wealth.

Towards a technological and human future

The abruptness of this transition to the future of employment will destroy many jobs before they can be replaced. At the same time, the demand for new skills for which few are prepared will skyrocket. This will place the educational system in the center of attention, probably surpassed by a more informal and flexible training model, quickly adaptable and more linked to companies, under a perspective of continuous learning for life.

Technology seems to permeate everything, but humanism is also revitalized in a context in which many jobs will become a person-machine pairing in which both components will contribute their best and most distinctive qualities. Thus, the future of work is heading towards a necessary hybrid complementarity relationship that will discover an infinite number of new jobs, in addition to promoting and valuing the essential qualities of the human being based on their true creative, emotional, relational and interpretative intelligence. .