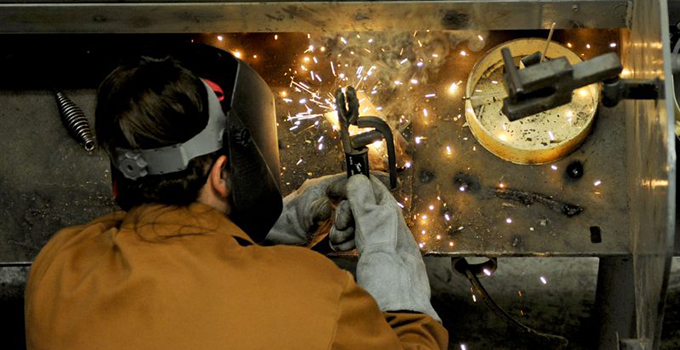 No one – alas! – would trust me, athletically challenged and almost tone-deaf as I am, to coach Manchester United or to direct the London Symphony Orchestra. By the same token, one should not expect most politicians to improve education.

Robert Halfon, who despite being a former UK education minister and current chair of the Commons Education Committee has no professional background in education, recently advocated subsidies for the vocational training that he thinks the UK needs while (in effect) recommending penalties for merely academic education, which he seems to regard as a private indulgence. Medieval history was his example, in an interview with The Times, of undeserving uselessness, but his case would apply equally to Classics or zoology, philosophy or higher mathematics. He reflected values – increasingly prevalent among the powerful – that will doom civilisation to extinction. As King Lear warned his materialistically besotted daughters, “Allow not Nature more than Nature needs, man’s life is cheap as beast’s.”

In rational order, subsidies should go where other incentives do not reach, rather than where the market looks after itself. If we want a better world, we should take money from vocational training and increase spending on the disciplines materialists despise.

I do not say this out of disrespect for vocational learning: I value it precisely at the value the economy assigns it and at the price students are willing to pay for it. If we put more resources into it than accrue from demand and create surplus courses and places, we shall get overstuffed classrooms and excessive numbers of underemployed and dangerously frustrated graduates. Those effects already seem to be piling up, to judge from the numbers of degree holders in every imaginable kind of management – of “events”, human relations, media, marketing, data, fisheries, turf, sport and whatnot – who currently advertise their availability, in obvious desperation, on badly managed websites.

Students will opt for vocational training as long as the payback exceeds the price. There is no need significantly to subsidise courses in accountancy or computing or public relations or catering or polymer technology or motorsports engineering or even – God help us! – “event management”, because there will always be people who enrol in hope of gain. If something is genuinely useful, pursuers of enlightened self-interest will take it up without other inducements. The courses that need subventions are precisely those that yield no obvious short-term or computable benefits to coarse minds: old Irish, or classical Persian, say, or Chinese philosophy. Or dare I mention medieval history?

In any case, I see no public good in the courses that currently produce British Airways airheads or Google-goofs or the carrion of Carrillion or the Messrs Big of banking. Business schools have multiplied without giving us better businessmen. The mega-corporations their graduates lead are like inefficient ogres, with unwieldy nervous systems and lumbering gaits. Experience of them leads me to suspect that commanding positions in all of them attract stupid people.

I wonder why: it is not for want of rewards. “Pay peanuts,” people used to say, “and get monkeys.” Now we pay millions and get morons. Could it be that business leaders waste too much of their time in formal education on professional and vocational training and too little on acquiring wisdom by mastering traditional subjects? Students learned in the humanities or traditional sciences could hardly do worse in the vocational graduates’ shoes; they would, at least, think clearly and critically. I suspect that the intellectually gifted prefer, on the whole, to practise or promote art or scholarship or science, or serve truth or virtue, or, according to taste, wallow in the delights of otium, while leaving the tedium of running things to mental inferiors. Power and wealth are compensation the dumb seek for their deficiencies.

There is little evidence of any consequent benefit to the country, the economy or the world from professionally oriented courses. Most seem designed to benefit businesses by sparing firms the costs of in-house training. I doubt whether the supposed advantages are well calculated, as an accountant or caterer or hotelier or retailer is surely likely to learn more, faster and more effectively, on the job than in a classroom. Even for traditional professional courses of life-enhancing value in medicine or law or forestry or architecture, there is no sense in wasting public money on what the unaided market will supply.

If all courses were subsidised in inverse proportion to their supposed usefulness, would the result be a divided world, in which rich kids registered for money-spinning courses, while the poor filled the class lists for medieval history and kindred subjects? If so, I would not repine. The poor would be better educated and therefore better able to subvert the dominion of unfairly privileged trainees. They would lead happier lives. They would have caught up a little, at least, in the economic race by virtue of having wasted less money on higher education.

In a well-regulated world, Classics and cosmogony would lead, as Harold Macmillan once said, “to positions of considerable emolument”. But the best way to equalise social opportunity is by doing what we typically do in the US, to the outrage of British bien-pensants: applying what are in effect means tests and making students pay according to what they can afford.

Current values are topsy-turvy and would benefit from inversion. We should discard economic priorities, which are mercurial and unpredictable, and cultivate mastery of what lasts and adapts to every challenge: tradition (which is the starting point of all progress), profound scholarship, broad erudition and true wisdom.