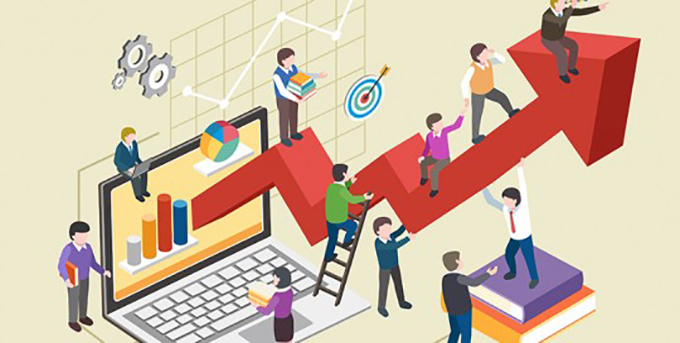 While I’ve been writing about it for years, and known about it for many years, it’s only recently that the general population has come to realize we have a real problem in higher education. Recent polls confirm this:

A Crisis in Confidence in Higher Ed

The above link is from Gallup; granted, the last election showed us polls, even from long established as (supposedly) legitimate polling organizations, can easily be pure rubbish (I do have some friends in these organizations, incidentally, and they’ve yet to get back to me on what exactly happened…). In any event, when a poll confirms what my own eyeballs tell me, I tend to believe it.

Confidence in higher education in the U.S. has decreased significantly since 2015, more so than for any other U.S. institution that Gallup measures.

Hard to believe the decline has only been significant in the last few years, but that is really the nature of the system. Allow me to roughly explain why it took so long:

Our big schools took centuries to build up a solid reputation. Over the course of decades, I saw wave after wave of administrators come in, figure out how to sell out the reputation to maximize growth, and, once they’ve mined as much as they could, move on…only for another wave to come in and debase the school further. The students had no idea how bad the corruption was, all they saw was they got their easy grades and degrees. They weren’t about to reveal the corruption. BUT…once those students graduated, went into the real world, and eventually achieved positions of some power where they could hire the next generation of college students? That’s when the corrupted train finally crashed—these new managers knew the higher education many of their applicants received was bogus. So, those jobs dried up, at least for most college graduates.

This is a weird thing to say. Many schools list their textbooks and course syllabi online. Old (and by “old,” I mean 5 years, mostly with information that was well-known a century ago) editions of those books can be purchased cheaply, or borrowed for free from the library. Anyone who wants a classical education can get it for free, and has been able to do so for a long time. I concede it’s easier when you have a professor available to explain things, but in the modern world higher education is available to anyone who wants it, at least in the U.S.

…a recent study conducted by the Association of Governing Boards and Gallup, finds that three in four trustees (74%) are concerned or very concerned about the future of higher education in the U.S. Their concerns remain focused largely on one main challenge: affordability…

74% of trustees might be concerned, but I suspect the percentage of trustees who are utterly clueless is quite higher. Affordability? The profit margins on “education” as it is presented today, are huge. Please understand most state schools get free land, free buildings, endless tax breaks, and taxpayer support…and yet we have for-profit schools still managing to compete with the state schools at comparable prices. There are layers and layers of fatty administrators who can be safely cut out, any time our “leaders” of higher ed are ready to really address “affordability.”

Read the above carefully: it’s not the debt and price of tuition which our “leaders” think is the problem with higher ed, it’s the fact people are learning about it from the news or media. Where do they find these people to rule our campuses?

In the U.S., enrollment across all higher education sectors declined by 1.4% in 2018, consistent with recent trends, and Moody’s predicts that an increasing number of private colleges and universities will close on an annual basis in the near term.

Allow me to clarify what’s being said above: the minor drop in sales of 1.4% will lead to the increasing rates of closure of private colleges and universities. It’s certainly true, the gentle reader needs to understand those schools (as well as many state schools) completely deserve to be closed. They had a huge bounty of student loan money flowing into campus for several decades. A very few schools wisely invested that money, but most just spent every penny on palaces and pay raises for the people at the top.

They didn’t just spend every penny they had, they spent quite a bit they didn’t have, but assumed they would get it later based on the (incredible) growth trends of the last few decades. These morons didn’t consider that our aging population and sheer limit of how many people you can slam into higher ed, much less increasingly widespread knowledge of higher education corruption, would cause the growth to stop.

So, yes, a 1.4% decline in sales, unpleasant for most businesses, is utterly devastating to our epically mismanaged higher education system.

In the past five years, WGU has increased the cost of annual tuition by only $600, while total enrollment has more than doubled, to over 100,000 students.

I haven’t mentioned WGU in my blog much; it’s a big online school with a “unique” system of generating worthless degrees/student loan revenue. I’ll just wait until the big scandal breaks on what’s going on there before discussing in detail; it might be a while, though, as they are extremely politically connected and very tech-savvy (sponsoring a number of fake “independent” sites which exist solely to say how great WGU is…). Of course, because the school is so big and automated, you could just pop over to term paper warehouse and pick up all the course assignments cheaply if you want a degree from WGU.

It’s curious that WGU has numerous full time staff to squelch and blow smoke on any student complaints posted online, but doesn’t put much effort into making it not so easy to cheat through the classes, but let’s get back to this mysterious “crisis of confidence” article from Gallup:

The ones who paid the most think they were overcharged. Yeah, no kidding, right? You must believe Gallup here because it lines up with what you already know.

This was rather the problem in the last election. Polls kept telling us nobody liked Trump, and Hillary was loved by all…but anyone with eyeballs could see far more “Trump for President” bumper stickers (i.e., placed by actual supporters) than those for Hillary, and Trump rallies were getting tens of thousands of people while Hillary could only draw a few dozen attendees (although our mainstream media ignored the former, and used clever camera work on the latter, to disguise her numbers).

But, this poll just tells me what we already know: the more you pay for something worthless, the more you feel ripped off. Yes, Gallup, I believe you. Now, about those last election polling numbers…

…proving that the significant investment can be worth it for some grads.

Wow, way to polish that turd. Strong language like “proving” followed up with a double-weasel-word (“can,” “some”) clause ends this report, enough to confuse a gullible reader, I suppose.

I still maintain the crisis of confidence, reluctantly discussed by Gallop and nearly dismissed, is being under-reported here. It would hardly be the first time the legitimate results of even major polls were manipulated into being less than the reality anyone with eyeballs can see.