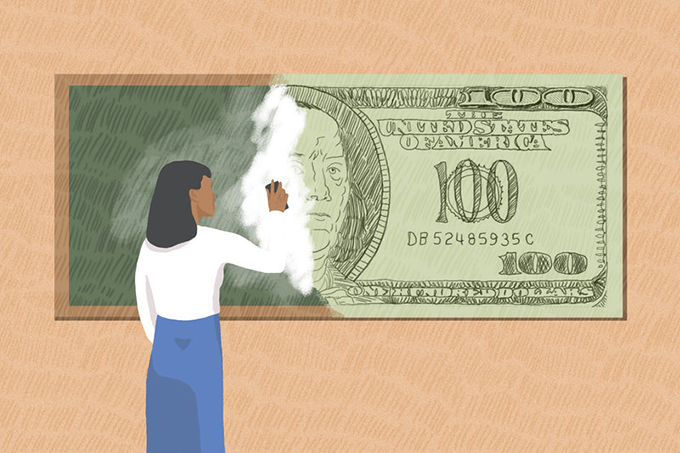 So I’m wading through a long and surprisingly accurate (for Ctrl-Left hate site Huffington Post) article on capitalism’s looting of student loan money. While the article will blame capitalism, I still maintain capitalism is simply taking the money our government foolishly piled on the table. It does so more efficiently than our established state schools (which don’t shy away from extensive looting themselves). Rather than end capitalism (HuffPo’s take), I maintain we end the student loan scam.

Let’s continue to dredge through this:

Selecting a college is one of the most high-stakes financial decisions a person will ever make, right up there with buying a house. And yet every year, millions of people do it on the basis of shockingly little information. College rankings are notoriously unscientific.

–rankings are also irrelevant for over 90% of incoming students.

It is strange how a 19-year-old can’t make the stupid economic decision of spending $1 on a lottery ticket, but is fully allowed to check a box putting him in tens of thousands of dollars in debt. The key difference is that debt must come through accredited schools, though HuffPo doesn’t do nearly enough to point the finger at accreditation:

Accreditors assess the administrative practices of schools, but they are indirectly funded by colleges themselves…What all of this means is that colleges essentially approve one another to be eligible for government money.

To clarify the above: accreditors, the people (supposedly) regulating our schools, are the same people running our schools. In their incredible greed, this has led to a proliferation of schools, each scrambling to loot as much as possible as quickly as possible. While HuffPo will blame capitalism for this, maybe the government shouldn’t have trusted accreditor oversight of student loan money?

There was the recruiter who described hunting for students outside welfare offices in poor, mostly black neighborhoods. A prospect was considered qualified if he could “breathe, scribble his name, had a driver’s license, and was over 18 years of age,” the recruiter explained. There was the bricklaying institute in Texas that bused in hundreds of what the Senate termed “homeless street people” from New Orleans…There was the college owner who brazenly declared, “I’m a businessman out to make a profit. Truly I don’t care about the well-being of these students.”

The above neatly sums up how many schools acquired “students,” none of whom gave a damn about the college rankings HuffPo was whining about earlier. The students would come in, literally just check a box—the entire process of qualifying for student loan money—and leave. Past this, the school would simply rake in the money, returning a small portion to the student as a “refund” for use of his name and signature.

Yes, that’s capitalism, mining that student loan money quickly and efficiently. But if the government didn’t back student loans to the point that they can’t be cleared via bankruptcy, if government got out of the loan-making business, if banks took the massive losses they should when the loans aren’t repaid…this process wouldn’t exist. It’s the socialistic aspect of our government causing this horror, not the capitalism.

The article details how in the last 30+ years, the government has tried to shut down the corruption, but capitalism, thousands of people doing their best to get the money they care about, repeatedly outsmarted a government which cares nothing for the citizens being hurt by it and somehow even less about the tax money being thrown away.

At its peak, the University of Phoenix Online enrolled over 200,000 students. In 2010, Kaplan pulled in nearly $1.5 billion in federal funds. Kaplan’s success was welcome news for its owner, The Washington Post:

I’ve often wondered why our media refuses to discuss the topic of the student loan scam in appropriate detail. Seeing as the Washington Post was making billions off of it, I wonder just a bit less…

Katzman’s pitch was hard to resist. Back then, many online programs were extremely lo-fi. 2U, by contrast, offered live video interaction with teachers and other students, arrayed on screen in squares like the opening credits of “The Brady Bunch.” Plus, the company assumed all of the financial risk. College deans could use their cut to lure star research professors by promising them large salaries and small or nonexistent teaching loads, pushing programs up the rankings. The online courses would be staffed by adjuncts, most working far from the campus and much cheaper to employ.

Cool bait and switch, eh? HuffPo just glosses over the deans helping with the fraud, getting a “cut” from the loot coming in…I saw comparable many a time.

“This is a cash cow,” [Dean] Flynn says bluntly. “Universities are struggling to find a business plan that works. And I was very aware that we would have a dramatic increase in revenue from this.”

I wish I had the energy to scream right now. “A business plan that works…”! Seriously? She was a Dean at USC. Here’s what the school has to start with: free land, free buildings, taxpayer support, massive tax breaks, and a huge customer base groveling to come in and pay $25,000 a year for the privilege of buying a relatively zero-overhead product. Also, a new crop of such customers comes in every year. And they’re struggling to find a plan that works?

I’m hard pressed to think of any business which would not do well under those conditions. A business which sells 50 cent sticks of gum along with a free car with every purchase could be profitable in this model…but our “leaders” in higher education are struggling. For the “leaders” at USC who are struggling so hard they need to take bribes to get by, might I suggest eliminating 90% of the leadership? Those guys are expensive, and clearly aren’t doing any good for the students. Universities did fine before the student loan scam, perhaps they can do some research to see what the model back then was for a successful school, unlike today’s model which requires more administrators than teachers.

The University of Pennsylvania, for example, offers a master’s in “Applied Positive Psychology,” which is essentially a $66,000 Ivy League degree in self-affirmation. It has “no specific prerequisite courses” and applications are accepted from anyone with a minimum 3.0 grade point average.

The article wants to point the finger at for-profits, but does accidentally reveal, like the above, that other schools do the looting as well. It’s simply a matter of efficiency.

The article gives a hearty shout-out to Georgia Tech, which offers an online Master’s degree “at cost,” $6600. It’s still a top-rated school, and does bring up the question: why do master’s degrees at other schools, even for the same subject, can cost nearly ten times as much?

The article gives a nice breakdown of costs for these for-profit online courses, hiding on the campuses of “not for-profit” schools. Merely 42.6% is pure profit, after various expenses, including 14.6% going to the teachers.

HuffPo does some actual investigation and talked to one of the guys who used to be in government, where he changed the rules to allow for-profits to pull this stunt. He runs a for-profit now, of course:

I met with Paucek, now the CEO, who readily acknowledged the key role he played in the Department of Education rule change. “I personally had a lot to do with that,” he said. He made no apologies for the profit margins that have made him a very wealthy man. “Some folks don’t think that there should be any profit motive in education whatsoever,” he said. “I’ve been in for-profit education, in one way or the other, my entire life.”

I again point out: all the regulations in the world will make no difference against this level of corruption; more accurately, this is called “cronyism,” the corporate exploitation of government to grant themselves unfair advantages. The simple solution is to end the student loan scam. The regulations, much like the for-profits, will become irrelevant, although the latter will have to succeed by offering legitimate education at a competitive price.

You know, like they did before the student loan scam. Another example of how the corruption will surpass any regulation:

In April 2017, Donald Graham announced that Kaplan University was being sold for $1 to Purdue University, Indiana’s public land grant college. It sounded like Purdue had picked up a distressed asset and turned it into a public concern. But that’s not exactly what happened.

What Purdue really did was create a separate organization, eventually named Purdue University Global. It was granted a highly unusual legal status by the Indiana legislature, in which it is simultaneously considered a nonprofit institution immune from…for-profit regulations and a private institution immune to public records requests.

Part of the reason the Federal government won’t end the student loan scam is the states are in on it. Each state supports a number of scam “public” schools which rake in tons of student loan money…that these loans are hurting the state citizens is no more a concern for the state government than it is to the Federal government. The article gives another example with scammy Grand Canyon University, and at long last points the finger at Trump:

Luckily for them, the Trump administration is about to take the rickety structure of regulation protecting college students and burn it to the ground.

Rickety indeed, as this scam has been running at least a decade before Trump came into office. That said, Ctrl-Left HuffPo has a valid point against Trump shining through its cloud of hatred.